2019: the year to open NM primaries up to all voters - Open Primaries

2019: the year to open NM primaries up to all voters 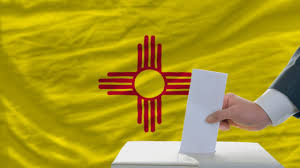 Editorial: 2019 the year to open NM primaries up to all voters

New Mexico’s two gubernatorial candidates aren’t closing the door on open primaries, and that’s good news given the high percentage of new voters who are registering as independents in our state.

Of the 43,434 newly registered voters from March 2017 through August of this year, 23,380 – or nearly 54 percent of those who registered – either declined to state a party affiliation or registered as a Libertarian or a minor party.

Overall, about 22 percent of the state’s voters are now declined-to-state voters, commonly referred to as independents.

New Mexico has a closed primary system that bars voters who decline to state a party preference from casting ballots. That means that close to one in every four voters is being disfranchised during every primary election – elections they help foot the bill for through the taxes they pay. That’s unconscionable, and it’s wrong given that many races around the state are decided in primary elections because many candidates in New Mexico face no opposition beyond the primary.

The courts have previously rejected a constitutional challenge to the current system. Over the years, there have been attempts to change the law to allow independent voters to vote in primaries by, for example, having an independent voter pick the major political party whose primary they want to take part in. Those attempts have failed.

Congresswoman Michelle Lujan Grisham, the Democratic nominee for governor, supports opening primaries to independent voters as a way to promote voter participation and broaden the electorate that candidates must appeal to.

Congressman Steve Pearce, the Republican nominee for governor, is open to examining the idea of opening up primaries as a way to increase voter participation rates and reduce influence of party insiders.

Of course, if history is any indication, the real chore will be convincing state lawmakers that it’s time to dump our closed state primary system in favor of modified open primaries.

As our elected officials are deciding whether they want to go out on a limb on this issue, they should take into consideration the fact that there are more than 273,300 independent voters in our state right now locked out of voting in New Mexico primary elections. That’s simply unacceptable.

The current system rewards extreme candidates at the expense of those with centrist appeal, and it perpetuates the party politics that are such a turnoff to many voters. Perhaps that’s why many new voters are choosing to be independents rather than Democrats or Republicans.

All independents and minor party voters in our state should familiarize themselves with where candidates for the Legislature and secretary of state stand on opening up primaries to those not affiliated with a major political party, and they should take that into consideration when they cast their ballots in the Nov. 6 general election.

Now is the time to demand that independent voters finally get a say in primary elections.

This editorial first appeared in the Albuquerque Journal. It was written by members of the editorial board and is unsigned as it represents the opinion of the newspaper rather than the writers.