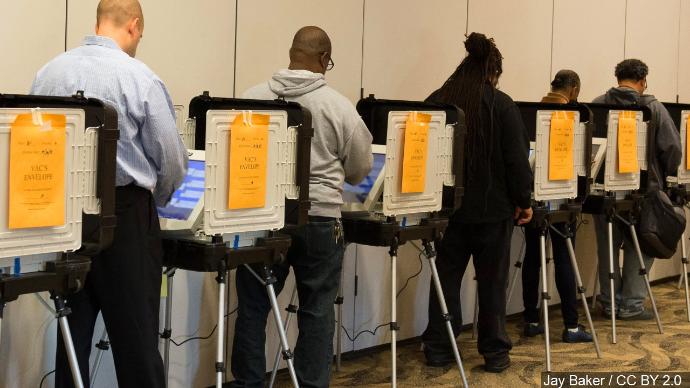 'Amendment V' creating a lot of buzz in KOTA Territory 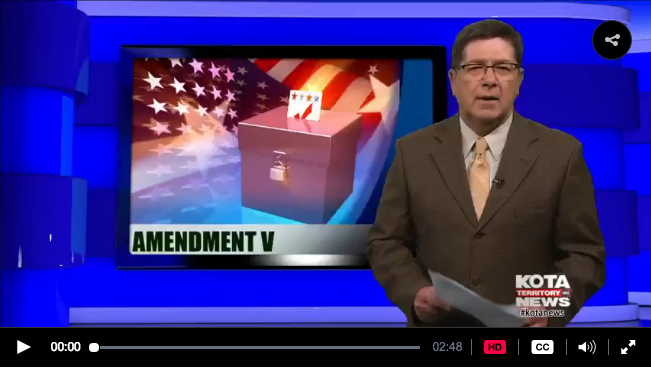 Amendment V – or as supporters like to call it the amendment for the voters— is creating a lot of buzz around KOTA Territory before it heads to the general election in November.

“Amendment V creates a non-partisan primary, in which all voters in South Dakota would vote for the candidates in the general election,” Chuck Parkinson, a Republican, said.

“It's not just a republican primary, or a democratic primary, but one primary for everybody. The parties can still promote their candidates, they can campaign,” Brian Hagg, a republican, added.

The amendment puts emphasis on issues rather than politics, a change supporters say gives citizens a stronger voice and creates a bigger turnout at polls.

“The first thing it would do is it would allow 109,000 independents in the state like me to actually have a say in the primaries,” Nick Reid, an Independent, said.

It will also open up doors for people who run for office.

“I think it will open up elections so that we have more people willing to run as Democrats, Republicans and Independents. And it will make our government stronger,” Tamara Pier, a registered Democrat, said.

Democrats, Republicans, and Independents continue to show support for the amendment.

“It means we reinvigorate our government, and that we have a government where we can talk to each other and come up with more creative solutions to our issues,” Pier said.

Despite different political parties coming together to back the non-partisan system, there has been some opposition.

The Republican Party did pass a resolution at the state convention ... opposing Amendment V, with Senator Thune and Governor Daugaard both opponents of the amendment.

“What I've heard people say is it lacks transparency this is South Dakota people know if I go to the grocery, I know that you know and that I know that if you've lived in South Dakota you'll know the politics of the people running,” Parkinson said.

Supporters say it will help evolve politics not only locally, but throughout the nation.

“South Dakota can lead the nation in going away from complete party control and giving the elections back to the voters and not just to the parties,” Reid said.