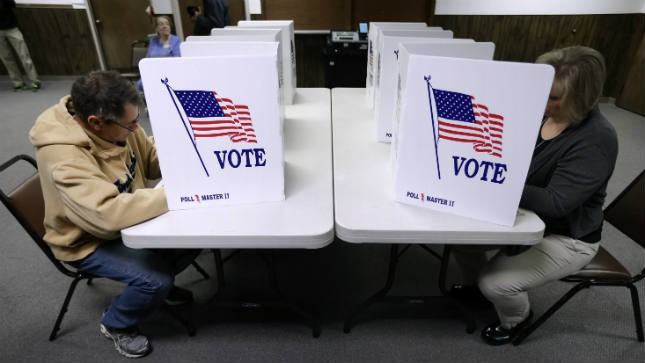 This article was written by Joe Kirby for The Hill

I am a fourth generation descendant of a combative frontier lawyer who helped establish much of the early law in our state. When he encountered something that didn’t make sense to him, he challenged it. Perhaps a bit of him lives on in me. When I see something important that is obviously broken, I am inclined to do something about it. That’s why I have joined a group of South Dakota Republicans, Democrats and independents that is working to change the way we select people to serve the public.

This year especially, most people seem to recognize that something is seriously wrong with our system for electing public officials. Perhaps it is caused by all the money being poured into politics from special interest groups. Or perhaps it is simply partisanship gone wild. No matter the cause, the political system seems broken nationally, and in my state. However, recently I learned there is a good alternative for both my state, and the nation. Non-partisan elections could change the way politics works by increasing voter interest and participation with the promise of more moderate elected officials.

The country is frustrated and angry with the dysfunctional state of politics. Our presidential choices, Hillary Clinton or Donald Trump, are two very unpopular people. Our Congress is held in extremely low regard and is best known for partisan gridlock. Nearly half the country has fled both parties and become independent. Here in my home state of South Dakota we don’t have a well-functioning representative democracy. We are a one party state where partisans control the process to select our public officials. That party serves as a gatekeeper to the system; people who want to run for office must swear allegiance to the party platform and a set of partisan principles. Those inclined to compromise or, God forbid, cross the aisle on occasion are susceptible to primary challenges from zealots on the right.

Sadly, many South Dakotans have little voice in our state government. Democrats, independents and even moderate Republicans are underrepresented. A shocking number of elective offices across the state are filled without a competitive primary or general election contest. For obvious reasons, my friends who run the party like that system. I believe it is patently unfair.

Non-partisan elections could fix our broken political system in South Dakota. They are a more effective, fair and open process for selecting who we want to represent us in the legislature and in Washington. I have joined a growing coalition of Democrats, independents and my fellow Republicans to create a new reality in South Dakota politics, one that puts community, state and country above party and partisanship. We’re supporting Constitutional Amendment V, which would bring non-partisan elections to South Dakota. I believe it’s the answer we have all been hoping for to address many of the problems we see with politics these days.

Amendment V would give South Dakota voters back their democracy. As they do in many of our local elections, all candidates would run on a single ballot. All registered voters, including our disenfranchised 115,000 independent voters (one fifth of all voters), would be able to vote for whomever they wanted, regardless of party. The top two vote getters would then move on to the general election in November. The result is that all voters would have a voice, and we would again see competition in our elections along with increased voter interest and participation.

Nonpartisan elections allow voters to elect public servants, not party servants. They permit candidates and public officials to be more independent, to vote their conscience and to not be obligated to follow the party line. Based on the experiences of our neighbor, Nebraska, this system improves the quality of candidates in the general election. It also tends to take the ‘hyper’ out of partisanship; the more moderate of the two in the general election often has an advantage.

Congress would certainly look very different today if a significant number of its members were elected by non-partisan voting systems. Those members of congress would have the ability to appeal to broad groups of voters and work with those on the other side of issues. Bipartisanship might become more than just a distant, unreachable dream.

Our current politicized system in South Dakota and in the country no longer works. I’m asking the voters of South Dakota to join me in supporting Amendment V this November. But I’m also asking my fellow Americans to stand with me as well. It’s time for us to change the game so we get more moderation, balance and quality in our state and federal government. It’s time to send a message to Washington that voters are fed up and fighting back. Open, non-partisan elections are an important beginning.

Joe Kirby, a registered Republican, is a fourth-generation South Dakotan and a retired businessman. Frustrated with an ineffective form of government, he helped lead the successful change of Sioux Falls city government in the 1990s.