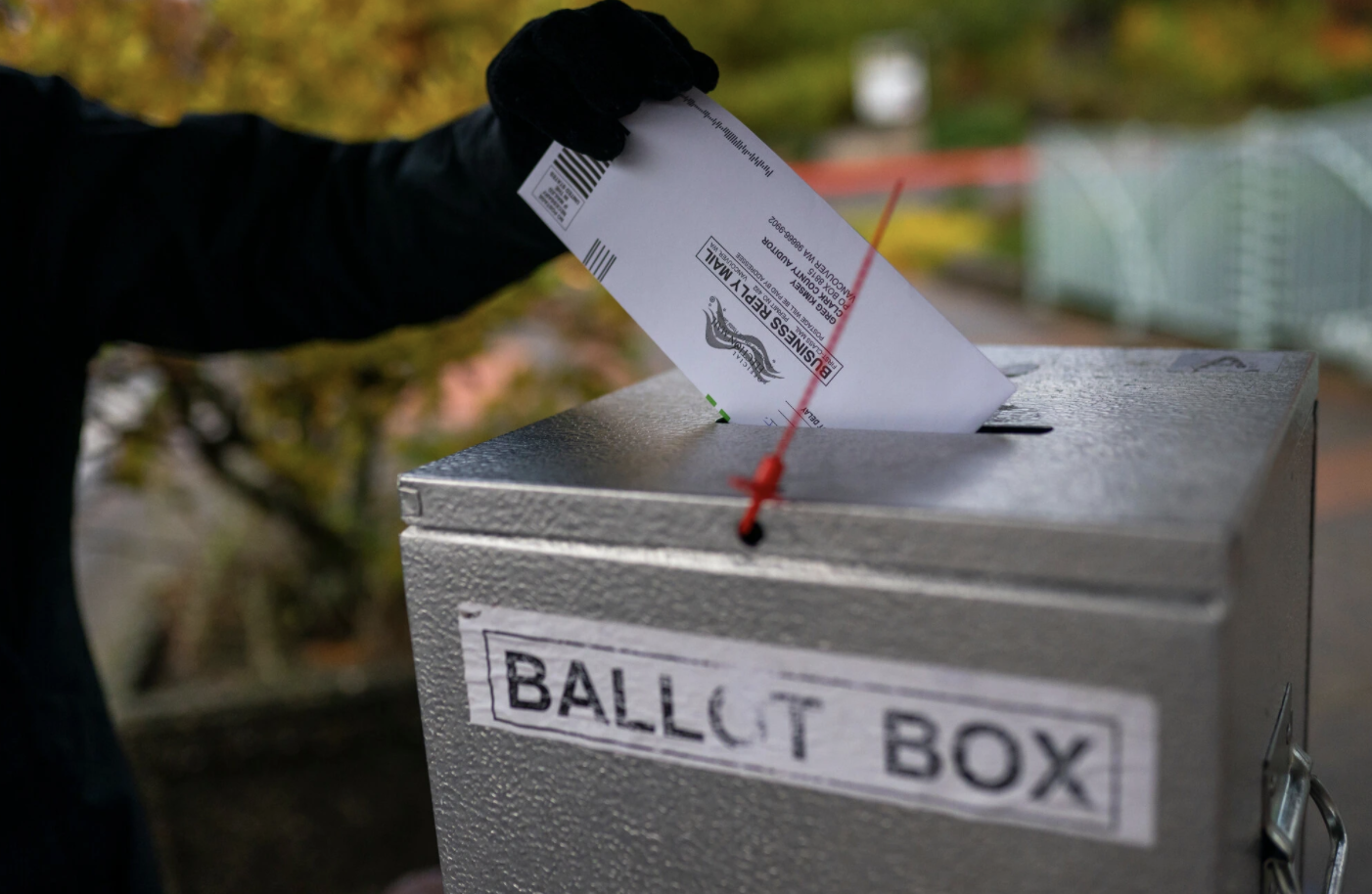 A Plan to Keep Extremists Out of the G.O.P.

Putting country before party would be easier if we changed electoral systems.

Opinion by Timothy Egan for The New York Times

I try not to bet on politics; it’s better to gamble on March Madness, the best sporting event in America. But here’s a wager I would make: The two Republican House members from Washington State who voted to impeach former President Donald Trump will not only survive their next election but do even better in 2022 than they did last year.

That’s right: The gutsy stand to remove a mad president will actually help Representatives Jaime Herrera Beutler and Dan Newhouse win re-election, which is how it should be for the rare politician who chooses country over party.

They will win because Washington is one of the few states where voters have designed a method to keep extremists from both parties on the fringe of politics. It’s something the rest of the country could learn from.

In other words, how can we save the Republican Party, now in the midst of a fight over its confused and darkened soul? Take it away from Republican Party activists and give it to the people. We already have a way to make it work.

Hear me out. In Washington, along with California, the top two vote-getters in a congressional primary, regardless of party affiliation, advance to the general election. Sometimes two Democrats make the final. Sometimes two Republicans. Often, it’s one of each, with partisan zealots left out.

In my home state of Washington, the Trump fanatics, conspiracy theorists and misinformation merchants who dominate the G.O.P. are in a lather over the votes by Ms. Herrera Beutler and Mr. Newhouse to impeach Mr. Trump.

“Turning a blind eye to this brutal assault on our Republic is not an option,” Mr. Newhouse said last month in announcing his decision. “I’m not afraid of losing my job,” said Ms. Herrera Beutler. “But I am afraid that my country will fail.”

Republicans in her district, a moderate to conservative swath of southwestern Washington, called her vote shameful, and they vowed to primary her. Good luck with that.

In a top-two primary system, Ms. Herrera Beutler will almost certainly make the runoff, even if another Republican gets more Republican-leaning votes in the primary. But in the general, she’ll pick up independents and many Democrats, as she did in the past. She won by 13 percentage points last November, in a district that Mr. Trump carried by 4 points.

Removing the leverage to knock out Ms. Herrera Beutler in the primary allows her to be more accountable to her constituents than to her party. Little wonder that she’s also a member of the bipartisan Problem Solvers Caucus.

Mr. Newhouse has already survived an attack from the far right, in 2014, when he got only 26 percent of the primary vote, versus 32 percent for the right-winger. Still, that was enough to make it to the November election, where he beat the extremist with the help of Democrats and independents. He has won by wide margins since then.

Kim Wyman, Washington’s Republican secretary of state, said the top-two (or four) open primary system encourages higher turnout and promotes candidates with a broader reach. “You have to appeal to a wider group of voters than your base,” she told me. “For a lot of states, this is a radical concept — giving voters the choice and the power.”

With top-two primaries, the incentive is actually to take more risk; the more voters you appeal to of all political stripes, the better your chance of winning office.

In that instance, one-party choice can mean no choice for the party left off the general election ballot. This system also makes it very hard for minor-party candidates to advance.

The parties hate this system. Which is why all three states that have these types of races had to do it by vote of the people. (In November, Alaskans voted in favor of top-four primaries. Nebraska has top-two primaries for state legislative races.)

In a heavily one-party state, this system probably wouldn’t save a profile in courage. Representative Liz Cheney, now under ferocious attack by Trumpers in Wyoming for her vote to impeach, might be doomed in a state that Mr. Trump took by 43 points.

But such primaries could protect Representative Dan Valadao of California, another one of the 10 Republicans on the side of impeachment. President Biden carried his district, but Mr. Valadao attracted enough votes from both sides to win.

In the big picture, Republicans are likely to continue gerrymandering districts in key states that are crucial to the makeup of the next Congress. They’ll resist voter-driven reforms to open the system, because those changes take power from the zealots.

Lonely are the brave. Representative Adam Kinzinger of Illinois, another of the 10 Republicans to vote for impeachment, is urging his party to confront “how much we peddle darkness and division.” Several states have found a way toward the light.