An Intern’s Take: Harvard Business Review Comes Out in Favor of Top-Two Primaries 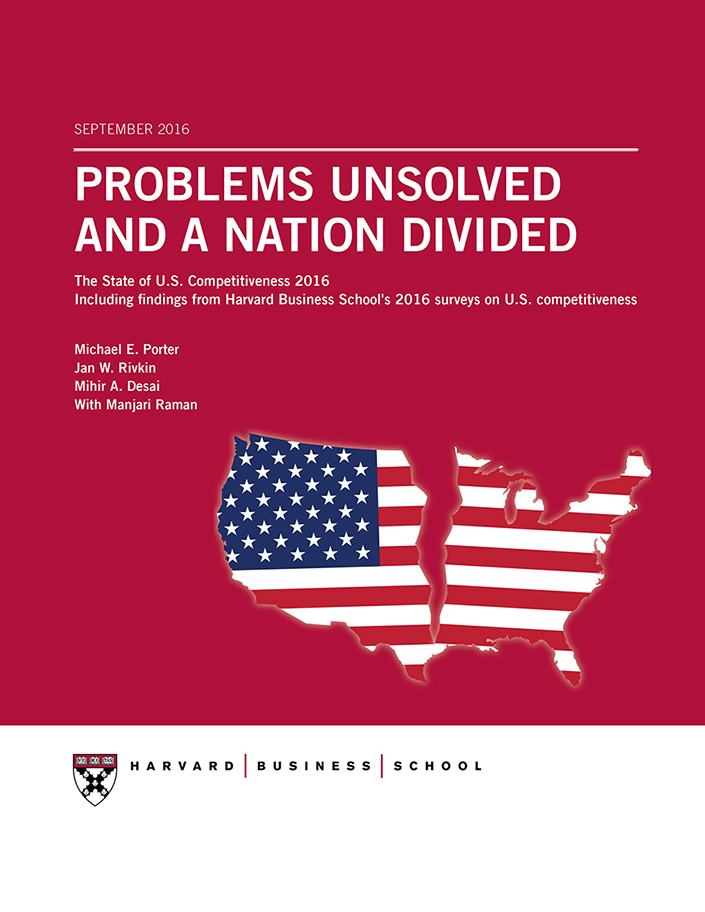 Now more than ever, Americans lack confidence in politics. Don’t believe me? In 2016, 80% of Americans don’t trust the government to do the right thing. Instead, Americans are increasingly disillusioned with a government that is more interested in playing politics than in creating real reforms for the American people.

Americans aren’t alone in their frustration with federal gridlock and hyper-partisanship. The Harvard Business School (HBS) recently released a study that identifies political dysfunction as the, “single most important challenge to U.S economic progress.” That’s right: the political climate is so bad that it’s even hurting U.S. business.

This link between a dysfunctional political system and poor economic performance is incredibly important. It sometimes seems like the government is far removed from our daily lives, but this report shows how political dysfunction can hurt everyday Americans on at least one level. Our economy suffers when our government is dysfunctional, and economic stagnation hurts us all.

This is why political reform is so important. Political reform will not just impact government -- the effect will reverberate through every part of our lives. With this in mind, HBS identified six political reforms that have the potential to end political paralysis, and measured the level of support for each reform.

Incredibly, one of these proposed reforms was the creation of a nonpartisan top-two primary system. Simply being identified by the Harvard Business School is huge step for our movement because it means that more people are hearing and learning about primary reform. The first step to political reform is making sure that people know what political reforms exist.

A high level of unsure respondents is, in and of itself, is a huge opportunity. It means that Americans are interested but want to know more about the link between reforming primaries and reforming Washington.

So what is the connection between gridlock, voter suppression, political polarization, and a closed primary system? The fact is that political dysfunction is not the fault of individual politicians, but rather the political system they operate in. As the HBS study noted, any candidates we elect are “trapped in a system that stands in the way of constructive progress.” We need to focus on reforming the system so that our officials can finally focus on governing and making changes that Americans care about, rather than politics.

Currently, the electoral system incentivizes gridlock. In 2016, 41.8% of state legislative seats had only one major party candidate, meaning that in 41.8% of races, the winner was virtually guaranteed election after the primary, a primary in which only members of their party could vote. In 41.8% of elections, independents and members of the other parties had no voice in who was elected.

When candidates are elected by only their party base, they have an incentive to stay loyal to that party base once elected. It means that politicians have an incentive to toe the party line and refuse to work with other parties, even if it isn’t representative of the wants and needs of many of their constituents. When many politicians stick to the party line, the system creates gridlock and hyper-partisanship.

In a top-two system, however, primaries are opened to all voters, and previously safe elected officials can no longer count on their narrow party base to get them through the primary. They can’t afford to ignore their constituents in favor of party interests. It means that even if two Democrats are running against each other, they can’t disregard the needs of Republican, Independents, and third-party voters in their districts. Top-two primaries are simply more competitive; for example, California’s electoral competitiveness rose by 25% after instituting a top-two primary. In a top-two system, elected officials can’t get away with gridlock and hyper-partisan bickering because they have to answer to all of their constituents in the primary.

We can see from the study that Americans want a functional government and are interested in political reform. It’s our job now to make sure that voters are empowered and know about how the top-two system can solve the problems that voters care the most about. Primaries are intimately connected to political results; if we want to change how our politicians act once in office, we have to change how they get in office in the first place.

Erica Becker is an intern at Open Primaries. Originally from Iowa, Erica is currently a senior economics major at Barnard College, Columbia University in New York. She hopes to attend law school and pursue a career in political advocacy.