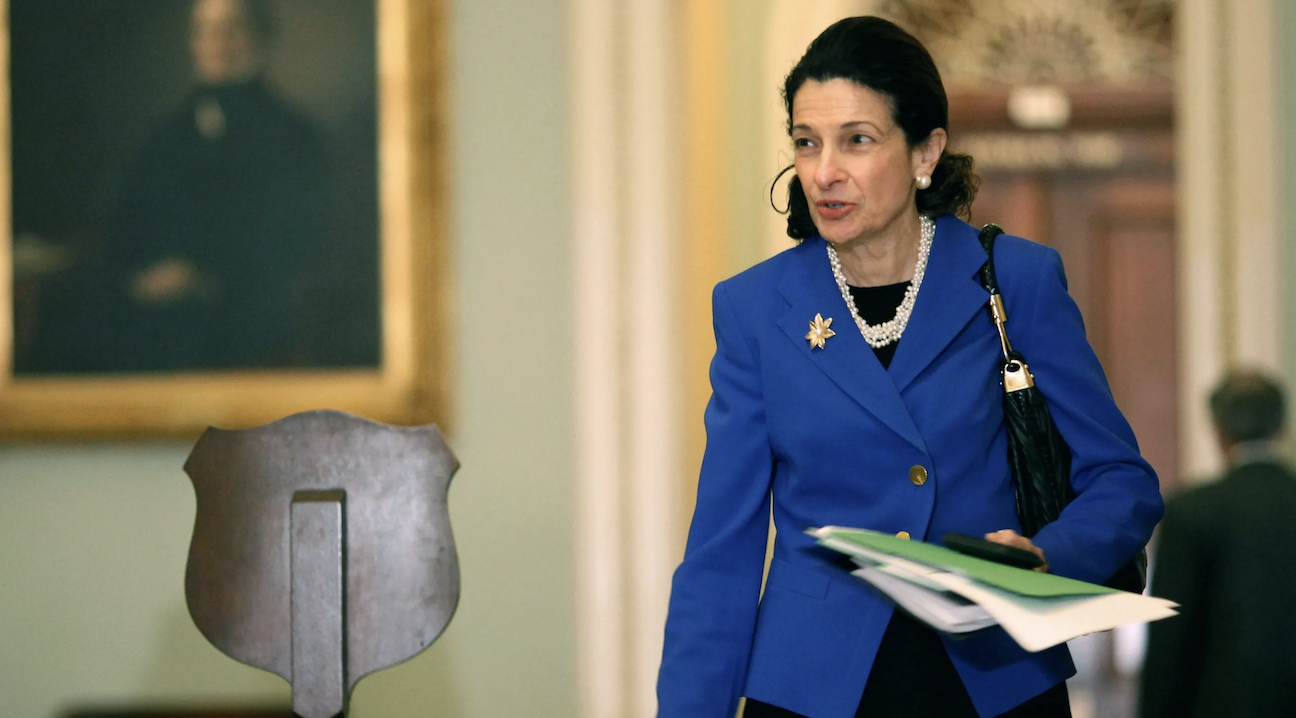 BY SCOTT THISTLE for Press Herald

A bill before the state Legislature that would allow unenrolled voters to vote in party primaries has gained the backing of former U.S. Sen. Olympia Snowe, a Republican.

The bill, sponsored by state Sen. Chloe Maxmin, D-Nobleboro, also has bipartisan support in the Legislature, where it was approved by the Veterans and Legal Affairs Committee in late May.

Maxmin said she brought the measure forward after hearing from unenrolled voters during her 2020 election campaign who complained they were not allowed to participate in Maine’s new presidential primary.

The bill allows unenrolled voters to vote in either the Democratic or Republican primary but does not allow voters already enrolled in a party to cross party lines. As amended, the bill would require a voter’s decision to participate in a party’s primary to be recorded on the state’s central voter registry.

An unenrolled voter who participated in a primary would not automatically be enrolled in a party, but the voter would be counted as a party member for purposes of selecting and allocating delegates to state and national conventions.

“Countless unenrolled voters on the campaign trail lamented how they could not vote in a party primary,” Maxmin said. Their taxes pay for these elections, but they can’t participate. They will vote on the primary winner in the November General Election, but they have no say on who that candidate will be.”

Maine is one of only 14 states with primaries that are only open to party members. The bill will likely be before the state Senate next week. If approved by the Legislature and signed by Gov. Janet Mills, the bill would not go into effect until the state’s next presidential primary in March of 2024.

“Power resides with the people through the ballot box,” Snowe said in a prepared statement issued by Open Primaries Maine, a group advocating for the bill’s passage. “In order to help ensure that candidates better reflect the ideological pragmatism of most Americans, Maine should enact semi-open primaries.”

Unenrolled voters make up 32 percent of registered voters in Maine, the second largest voting bloc behind Democrats, who make up 36 percent, while Republicans account for 28 percent of the state’s 1.14 million active voters, as of November of 2020.

A handful of other Maine Republicans have also endorsed the measure, including former state Senate President Kevin Raye and the current Assistant Senate Minority Leader, Matt Pouliot of Augusta, who is a co-sponsor of the bill.

“Now more than ever, Republicans need to engage with unenrolled voters in order to continue building our base,” Pouliot said. “I assume my friends across the aisle are saying the same thing, so inaction is not an option for us. I believe this legislation will give both parties an opportunity to engage more voters, voters who may or may not choose to eventually join a party.”