A Screener’s Inside Look: Arizona’s Cry for Open and Honest Elections - Open Primaries

A Screener’s Inside Look: Arizona’s Cry for Open and Honest Elections

On Wednesday, February 3rd, 13,837 Independent Arizonans came together for a conversation about the state of politics in Arizona. Patrick McWhortor, Campaign Director for Open Primaries Arizona, hosted the event. He was joined by a panel of Arizona leaders spearheading the fight for nonpartisan elections.  The panelists included Former Arizona Attorney General Terry Goddard, Former Phoenix Mayor Paul Johnson, Attorney and activist Danny Ortega, President of High Ground Consulting Chuck Coughlin, and President of IndependentVoting.org, Jackie Salit. Participants were able to interact live with panelists to learn more about the fight to open up Arizona’s primary elections to all voters.

The subject for discussion was Arizona’s Campaign for Open and Honest Elections, which would create a nonpartisan primary and reform anonymous campaign contributions. Today, 37% of Arizona’s registered voters are treated as second class citizens in a primary that prohibits them from voting. Independent and unaffiliated voters are locked out of the primaries unless they switch to a major political party. Luckily, there is hope for reform in Arizona’s election system. McWhortor and the other panelists talked at length about a proposed initiative that needs support, which would open up Arizona’s elections and get rid of dark money if passed. The Open and Honest Election Commission filed petitions to the Arizona Secretary of State’s office to place two initiatives on the November election ballot. The initiatives aim to open up Arizona’s elections to all voters and make politicians more accountable to the citizens of Arizona.

The petitions advocate for:

Arizona’s March 22nd presidential primary is fast approaching. If Arizona’s primary system isn’t reformed soon, 1.2 million Arizonan Independents may be blocked from their right to vote in the primary elections.

As a screener, I took down the questions and comments of Town Hall callers to be forwarded and answered by live panelists. At least 2,037 people stuck around to ask questions and listen to the program. I spoke with with many passionate people who were looking for change. I talked to a conservative woman who wants to vote for Democratic candidate Bernie Sanders in the 2016 presidential primary election, but has to switch political parties to do so. Another Arizonan was frustrated with the party control of the election system, and highlighted his frustration with money in politics and how it is linked to political parties. Another man I spoke with was very concerned with campaign finance reform and expressed that political power should be in the hands of voters, rather than wealthy parties and politicians.

The presence and enthusiasm of the Arizonans I spoke with left a lasting impression. Across the board- among Democrats, Republicans, Independents, and other third party affiliates- it was clear that Arizonans want more responsive and accurate representation. In the past 2 months, 10,000 Arizonans have sent emails to Republican and Democratic Chairs alike to open up presidential primaries to Independents. The people of Arizona have something to say about the state of their elections, and it is time that the powers that be start listening. 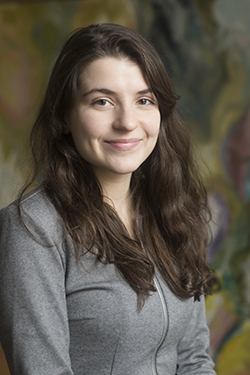 All citizens of the United States have a constitutional right to vote. An election system that bar citizens who refuse to affiliate with a political party from this right creates an unhealthy democracy.  This ultimately skews the elections by disempowering groups of voters. The Open and Honest Initiatives have the potential to create widespread reform in empowering Arizonans to vote for the best qualified candidate, rather than conforming to party lines. As an intern for Open Primaries, taking part as a screener for the Telephone Town Hall in Arizona has been a great learning opportunity in seeing how government directly affects the lives of average people. I was able to see voters who were fired up for change. With the power of Arizonans, and their support to pass these initiatives, Arizona may have a chance to open its election system to all voters and give voters a more meaningful voice at the polls.

Abby Walczak is an intern at Open Primaries as well as at Berger Hirschberg Strategies, a political fundraising organization. She is pursuing a bachelor of arts degree in political science from Stonehill College in Massachusetts. Abby is a lover of dancing, food, and dancing with food.