Congressional Disconnect with the People 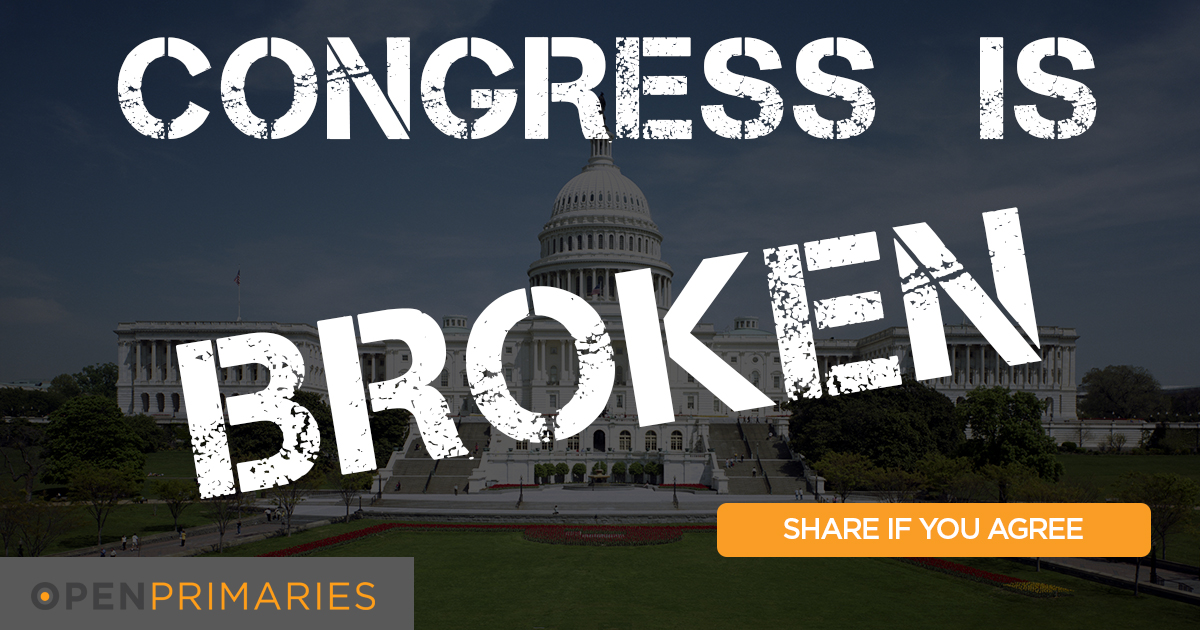 In the days leading up to the 2008 Presidential Election it seemed as if America had reached a historic tipping point. With 3 out of every 4 Americans believing their country was headed down the wrong track, they were ready for dramatic change. Americans were poised to elect a president who promised them just that. However, today, almost 7 years later, the American people are still waiting for that change. Despite several policy achievements by this Administration “politics as usual” still rules over Washington, crippling the hope for a better America.

The will of a president and the American people was seemingly not enough to change Washington, and while it's easy to blame many individuals, this failure is not the fault of any one leader. Instead, the problem with Washington today lies in the very foundation of our political system itself. To fix Washington we need to do more than just elect new leaders, we need to enact meaningful structural reforms.

Congress, however, does not agree. In Congress, bills and amendments which would have raised the minimum wage, required background checks at gun shows, allocated funds for infrastructure improvements, and established campaign finance reforms all failed after partisan votes, despite overwhelming public support. Meanwhile, the immigration reforms the majority of Americans support can’t even get a vote on the Senate floor. Unsurprisingly the American people also agree on one more thing: Congress isn't doing their job.

Congress has become unresponsive to the demands of the American people, yet instead of simply blaming the 535 individuals themselves, we should examine the system in which they operate. By understanding the institutional forces at work we can better understand the reasons for congress member’s actions. Certainly every congress member is incentivized to do what will help them win re-election, and this would seemingly suggest that they should support what the majority of their constituents support. However, Congress members only truly answer to the whole of their constituency during a general election, and in 2014 only 15% of congressional general election races were competitive.

Therefore, most Congress members never have to worry about losing a general election and instead focus only on winning their party’s primary. As a result, primary elections have actually become more important in deciding who goes to Congress. At the same time, primary voters do not adequately represent the American public. In 2012 only 17% of eligible voters actually voted in statewide primaries, and these voters tended to come from the political extremes. In these elections, moderate policies and a history of compromise are seen as weaknesses instead of strengths. As a result, Congress has become gridlocked while it works to appease an ideological minority rather than help the general public. Under the current system, politicians are rewarded for focusing on fringe voters within their partisan base while ignoring the needs of the rest of their constituents. To fix Washington, we need to incentivize our politicians to work with all Americans and appropriate election reforms can help to do just that.

The movement for open primaries is a movement to end this disconnect between constituents and their representatives. It is a movement that trusts the American people over party politics, believes the best government is one that truly reflects the whole of its people, and is sure of the fact that every American deserves an equal voice in their government. Today we have a political system that is worse at reaching agreements and compromise than the American people are themselves, and to fix this issue we need to make fundamental structural changes, beyond electing new leaders to operate within the same broken system.

It is time to change not just who goes to Washington, but how they get there. By opening up our primaries and giving independents an equal voice in our elections, we can have a Congress that is more responsive to the will of the people. A more responsive Congress will be a more effective one. To successfully address major issues facing this country, America needs a government that is responsive to all the people regardless of their political party. Open primaries can help bring us such a government.