I Don't Think Voting In New York Should Be This Difficult

This article was written by Judy Cartwright for Newsday.com. 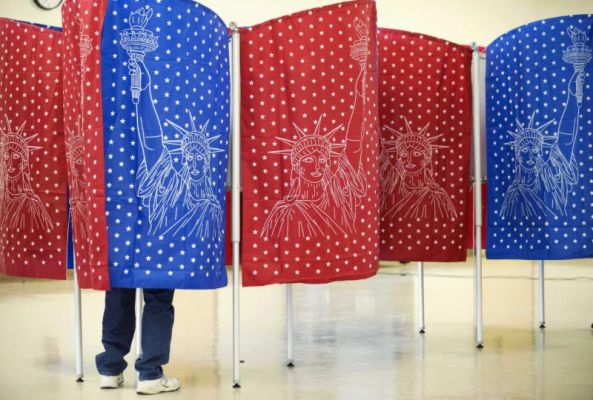 Voting should be easy. For many New York State registered voters during primary season, it’s anything but.

That explains why I won’t be casting a ballot in the presidential primary on April 19. I missed the deadline to enroll in a party.

Enrollment is necessary in New York because the state has what’s known as a closed primary system — one of only 11 states that do — in which only voters enrolled in a political party are permitted to participate. Though I’ve been a registered voter in this state since 1972, I’m not enrolled in a political party. Journalists often choose not to designate a party affiliation, a step intended to keep their questions and stories from being construed as taking sides on the issues they cover. I knew I would need to enroll if I wanted to cast a vote in this spring’s primary, the first since my retirement from Newsday last year.

When I began to tune in earlier this year, I checked the state Board of Elections website hoping to learn how already-registered voters can enroll in a party. I relied on the site’s Voter Registration Deadlines page, which listed March 25 as the last day to register to vote in the April primary. I would learn later that, though new voters can enroll in a party up until that date, the deadline had long passed for already-registered voters, something I would have learned had I made my way to another page on the site, one with the heading Register to Vote.

But I didn’t go there because I didn’t need to register to vote.

On Feb. 1, still thinking I had until March 25, I called Suffolk’s Board of Elections to ask about the procedure for enrolling in a party so I could vote in a primary. It was quickly apparent that the staffer who answered had fielded this question before. She had an answer ready: You’re too late. The deadline was 25 days before the November general election.

A day that, in this election season, landed six months earlier, on Oct. 9.

That’s the earliest party-enrollment deadline in any of the 11 states with closed primaries. In New Jersey, the deadline for change of party enrollment is 55 days before the primary. In Kentucky and Wyoming, it’s 14 days.

The most often-cited reason for New York’s early deadline is the need to prevent “party raiding” — a term applied to voters switching parties late in the game with the intent of interfering with the opposition. Presumably the fear of such raiding has remained a force, because a bill introduced in Albany several years ago that would have moved the enrollment deadline closer to the primary went nowhere.

U.S. Sen. Chuck Schumer, in an essay in The New York Times two years ago, argued for a national movement for open primaries in which all voters, regardless of party registration, can vote.

New York City’s independent, nonpartisan Campaign Finance Board says the state’s early deadline has the effect of forcing voters to choose party enrollment “well before many of them have had a chance to tune into the race.”

The state has 10 million-plus active registered voters, more than 2 million of whom haven’t chosen a party affiliation, according to the most recent data from the state Board of Elections. That’s more than a fifth of the state’s electorate. None of whom can vote in the April primary.

It’s time New York recognizes that political issues and candidates appeal to voters across party lines. That we can, and do, change our minds, and our voting preferences. And that we don’t always do so early enough to meet a deadline that’s 25 days before the last general election. A deadline we likely weren’t aware of.

Voting shouldn’t be this hard.