Is Michigan looking to Nebraska for reform? - Open Primaries

Is Michigan Looking to Nebraska for Reform? 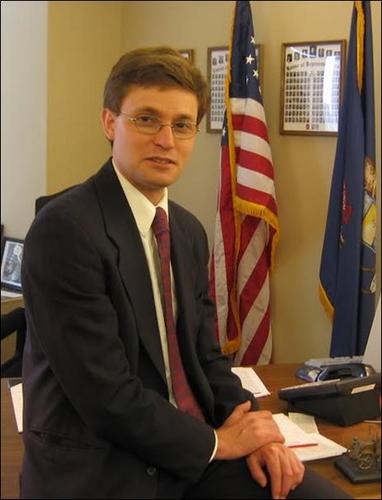 Michigan State Representative Martin Howrylak is frustrated. He keeps having to go back to his constituents to explain why the legislature can’t pass commonsense legislation: politics keeps getting in the way. But now, he’s doing something about it.

He’s proposing legislation which would not only combine both the House and Senate into one body of 110 members, but it would also enact nonpartisan elections for state offices in Michigan; a system similar to Nebraska’s nonpartisan, unicameral legislature.

Three Republicans and three Democrats have already signed on as cosponsors. That’s got him optimistic.

“On an individual level, I really truly believe that the members in both the House and Senate are trying to do the best they can,” says Howrylak. “And so, I think deep down inside everybody wants to have a system that works as best it can for the state of Michigan.”

Read the Michigan Radio article about Representative Howrylak’s legislation, and be sure to listen to his interview at the bottom of the article.