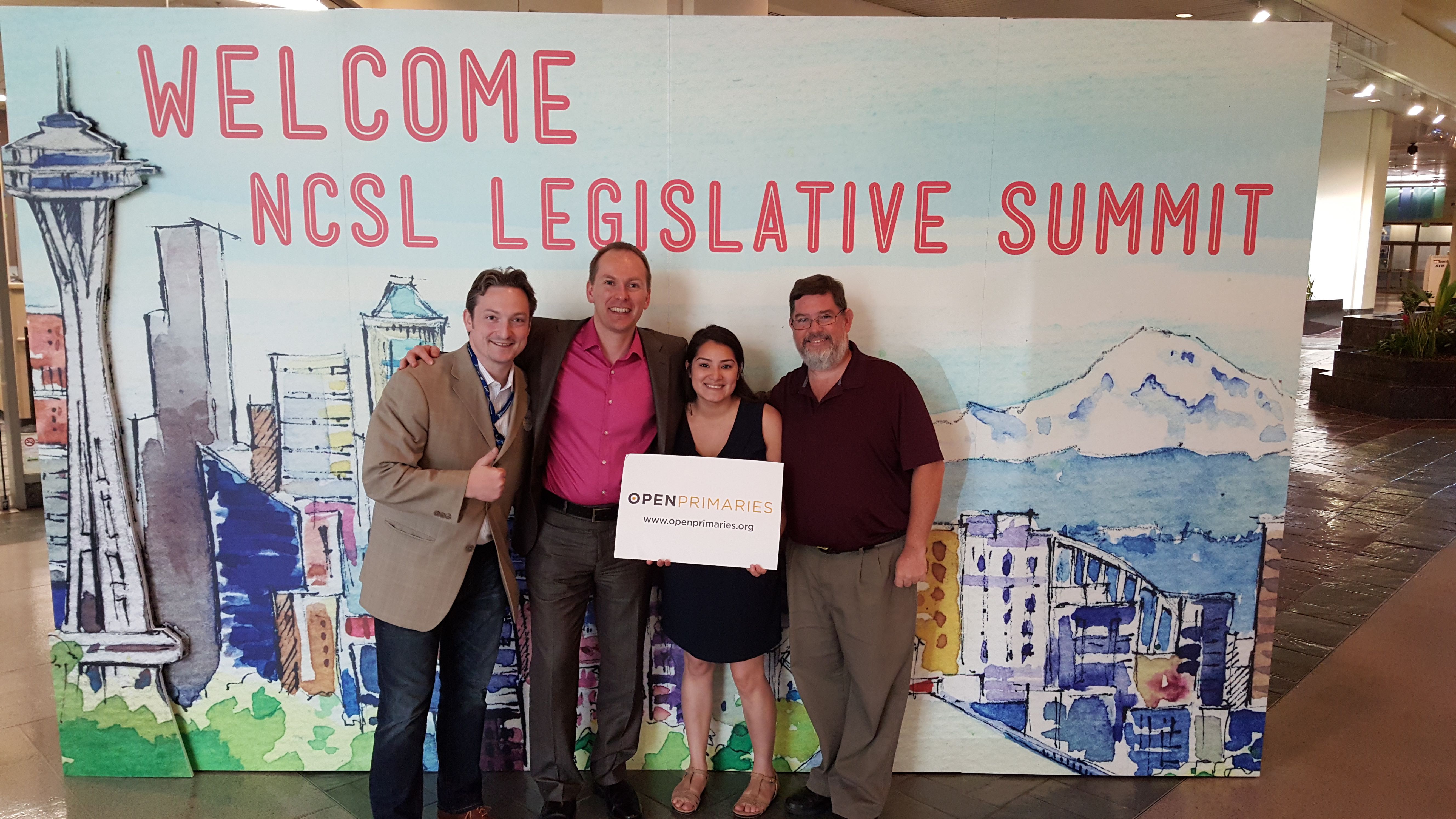 You might think that the NCSL would be the last place on earth to recruit and educate. After all, primary reform is fundamentally about taking power from the political parties and giving it to the people. Democratic and Republican legislators would be the last people interested in radical structural reform.

You would be wrong.

The response to open primaries from legislators from coast to coast was enthusiastic.

“We most definitely need this in our state!” was a common refrain.

Hundreds of conference participants signed a petition urging NCSL leadership to convene a panel discussion on primary reform in 2016. Several legislators from Washington State (which already has the “Top Two” system in place) offered to “do whatever you need to spread the word that nonpartisan primaries work.”

One veteran lawmaker stood up during a panel discussion on redistricting and announced to the 200 people in the room,

“Top Two is a prime example of the positive, transformative effect ballot measures can have, and everyone here absolutely needs to sign the Open Primaries petition to host a discussion on that game-changing reform.” 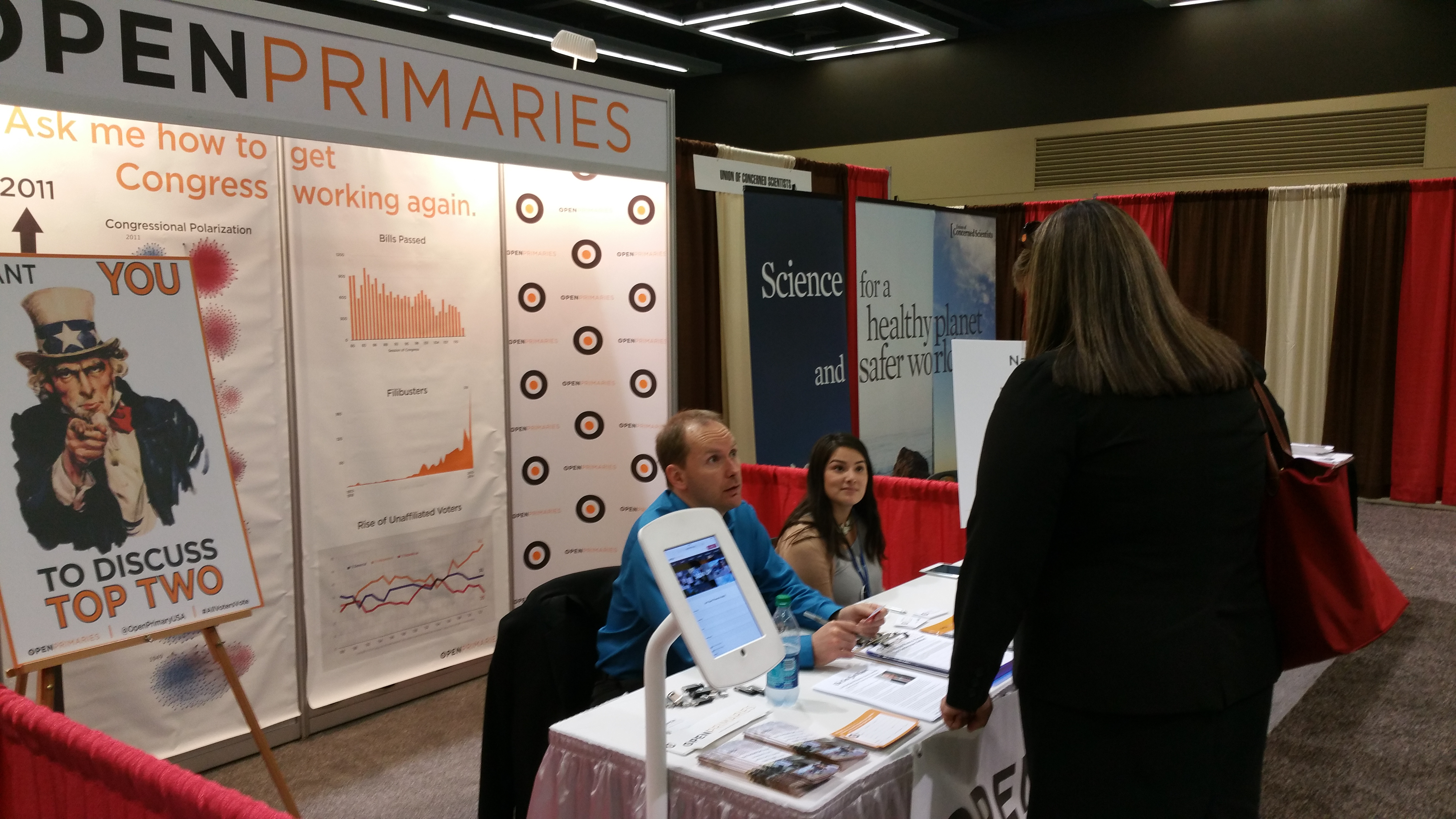 When you elect people in a system controlled by the parties, you disempower the voters and you hamstring elected representatives. It’s lose-lose.

The movement for primary reform is just that—a movement. Our leaders include progressive activists from inner city communities and conservative legislators from rural America.

What brings us together?

A recognition that for America to move forward, our democracy must evolve to allow the people, not the parties, to set the agenda and define the debate.

Thank you for your support and involvement.