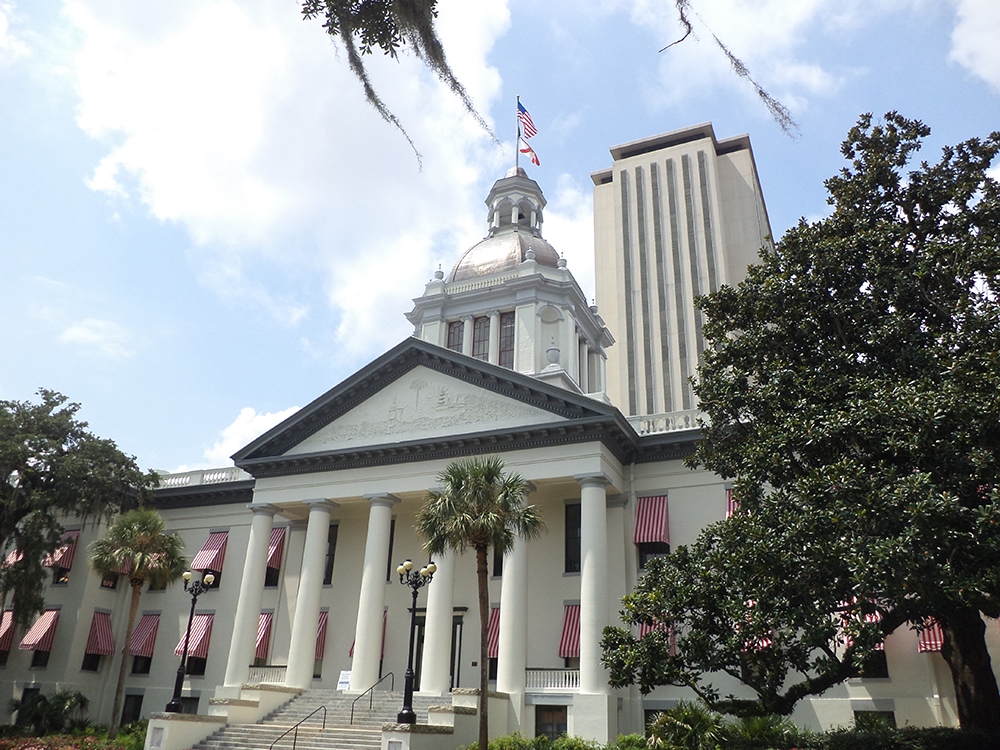 And the Legislature still may flip the burden of proof for a "Stand Your Ground" defense from the accused to the prosecutor. A committee voted down the House version last month, but the Legislature's regular session doesn't start until Jan. 12. National Rifle Association lobbyist Marion Hammer said she hasn't given up.

The NRA's priorities, though, are not Florida's priorities. In Tallahassee, as in Washington, there is little relationship between what most of the public wants and needs from elected officials and what the public is getting.

One reason is that parties draw congressional and legislative seats to protect their own. Safe seats make for safer elections. Approval ratings for Congress barely break double digits, yet in 2014 the re-election rate for U.S. House incumbents was roughly 95 percent.

Democrats do the gerrymandering in states they control. In 1992, 2002 and 2012, Republicans did it in Tallahassee. Gerrymandering increases the influence of lobby groups like the NRA, which is influential enough on its own. In 2005, the NRA could not cite a wrongful prosecution for self-defense. Yet "Stand Your Ground" breezed through the House and Senate.

On Wednesday, the Florida Supreme Court approved a congressional district map that replaces the Legislature's partisan product of three years ago. The ruling stemmed from a lawsuit alleging that the map violated the Fair Districts Amendments, which voters approved in 2010 to end gerrymandering. A lawsuit over the state Senate map goes to trial in nine days. Another new map will result.

By themselves, those changes won't produce politics with broader priorities. Florida also should allow open primaries, to empower the growing number of unaffiliated voters and prevent primary challenges from the extremes.

Hammer already has vowed to find GOP opponents for the two Republicans who voted against the "Stand Your Ground" change. You can envision a left-wing primary challenge to congressional Democrats who might dare to approve needed changes to Social Security and Medicare.

The bill could have passed the House, but it never got a hearing. Republicans never offered an alternative. Too many GOP lawmakers were in those safe districts where voters considered the bill "amnesty." Those voters have made Rubio disavow his accomplishment.

Which brings us to San Bernardino and gun control. Predictably, no Republican candidate is calling for legislation. Hey, if 20 dead children at Sandy Hook couldn't compel Congress to act, why would 14 dead adults? It's just another mass shooting — whatever the motivation — that we accept, thus protecting the firearms industry, not ourselves.

After Sandy Hook, Rubio voted against legislation to institute background checks for firearm sales on the Internet and at gun shows. Ninety percent of Americans supported it. The NRA didn't. The proposal failed.

After San Bernardino, expect the usual calls for more armed citizens. We heard them after Paris. The assault rifles used in these recent shootings can fire between 600 and 900 rounds per minute if converted to full automatic. Good luck with one Glock.

Mass shootings come from the fringes of society. We have failed to respond adequately — by, say, treating gun violence as a health problem and establishing a firearms registry — because of resistance from other fringes. The Florida Supreme Court's action is the start we need toward ending the politics that tear us apart as the bodies pile up.

Randy Schultz is the former editorial page editor of The Palm Beach Post. He also blogs for Boca Raton Magazine.