Can the Democratic Party become a voice for democracy? - Open Primaries

Can the Democratic Party become a voice for democracy? 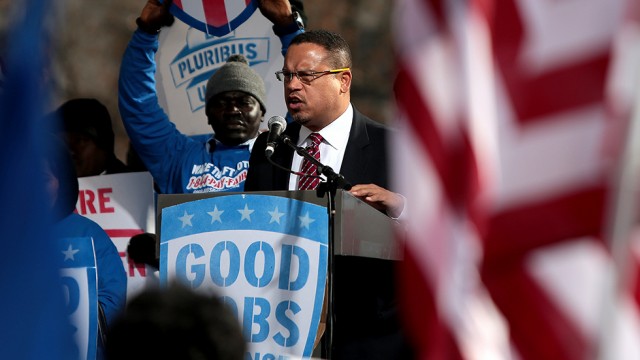 The Democratic National Committee will elect a new Chair in February. It’s an important race to watch, and not just for Democrats. This race is an early indicator of how well the Democratic Party can respond to the populist anger with status quo politics.

The American people rebuked both the Democratic and Republican Party establishments in 2016. But—for now—the Republican Party is under less pressure to reorganize in response. They won. And by a strange quirk of American politics, the GOP establishment was simultaneously rejected and victorious. Even so, Congressional Republicans are planning to introduce legislation for federal term limits in 2017 as a nod to the “politics is rigged” outcry from the American people in 2016.

Sen. Bernie Sanders, who is playing a vocal role in the DNC Chair election, spent the last months of the presidential primary describing in detail how the system is rigged. He lambasted closed primaries that excluded independents, the super delegate system, and the tilted playing field. But since endorsing Hillary Clinton, he has put less emphasis on the need for a structural overhaul.

Some Democrats believe that reconnecting with the American people requires a new look at issues of process and trust.

Virginia Delegate Sam Rasoul recently made statewide news after resigning as Treasurer of the Democratic caucus and declaring that the Democratic Party wasn’t going far enough to build trust with the American people. He recently told me, “I love our platform. That’s not the problem. When we say we are the ‘party of the people’ but then we defend a political system that excludes millions of people from voting in primaries, why should people trust us? I think people have lost trust with both parties but that lack of trust is a bigger issue for Democrats because the gap between our rhetoric and our actions is wider. Nobody will believe us on the issues if we don’t start telling the truth about our broken political process.”

The two leading candidates for DNC Chair, Rep. Keith Ellison and Labor Secretary Tom Perez, share a “put the grassroots first” approach to party building. At a rally held at the American Federation of Teachers headquarters in D.C. last week, Ellison stressed the importance of being active in all 50 states and not just in the weeks before an election. Perez is emphasizing a similar retooling, but he seems to have support of more traditional D.C. players.

Both want to reposition the grassroots/netroots within the Democratic Party hierarchy. But that is the easy part. The harder task for Perez or Ellison will be to insist that the party be honest about the state of our broken politics and the party’s role in perpetuating it. They must find a way to tear up the political playbook that emphasizes partisan advantage at all costs, stand up for the voting rights of all citizens and fight to create a level electoral playing field.

Ellison has started exploring the issue. In his event at AFT headquarters, he questioned why progressive issues like raising the minimum wage and legalizing marijuana are winning on the ballot even as Republican candidates run the table. The answer, in my opinion, is that the Democrats need to build a political party that the American people trust to look out for their interests. And that starts by telling the truth about our broken political process and pushing for radical changes in how our democracy functions.

The American people are distressed by the decline in our world standing, by the growing gap between rich and poor, and by the lack of a level playing field in politics. A recent poll by pollster Pat Caddell showed that 67 percent of Americans believe that the real struggle in our country is not between left and right but between the ruling political elites and the rest of the country. American democracy needs to be overhauled to address the gap between insiders and outsiders. All voters should be eligible to vote in all elections, including primaries. Districts should be drawn fairly, not to serve party interests. State legislatures, Congress, and the Federal Election Commission should not be controlled by party caucuses and special interests.

The Democratic Party has an opportunity to become a voice for democracy. That means building a more inclusive political process. It may also mean giving up some short term privileges. But by dedicating itself to rebuilding our democracy, the Democratic Party has a real chance to reverse its fortune and help our country move forward in the process.