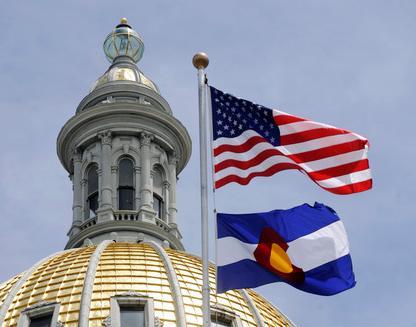 Colorado will be better served by more inclusive primaries

When Colorado voters approved Propositions 107 and 108 in November, they chose to change the election landscape in our state.

The measures were signed into law by Gov. John Hickenlooper late last month; just before our state legislators gather for another lawmaking session to address some of our state’s greatest opportunities. On the agenda are a broad range of issues from transportation funding to educating our workforce, to budgetary challenges and housing affordability.

Colorado has always been a place where pragmatism reigns; where Republicans and Democrats work towards solutions. And, the passage of 107 and 108 is exactly the kind of policy that reinforces these very values of working together in Colorado.

And, while it’s hard to fathom thinking toward the 2018 election, the secretary of state’s office is doing just that.

Secretary of State Wayne Williams is meeting with the election officials around the state to ensure Propositions 107 and 108 are successfully implemented. That’s because, for the election in 2018, over 1 million unaffiliated voters will be invited to participate in those primaries. Currently, unaffiliateds represent 35 percent of Colorado active voters, the largest block of voters in the state. And, they’re the fastest growing group of voters. In fact, in 2014 — the last midterm election — over two-thirds of newly registered voters were unaffiliated. And, these million Coloradans care about voting: Colorado has one of the highest turnouts for general elections in the country.

Given those facts, we know that the candidates running for office in two years will want to engage these voters early.

In the past, a successful primary typically focused on appealing to the base of a party. Because of Proposition 108, many candidates will have a new opportunity to show how their policies and proposals serve a broad array of Coloradans, now paying attention to the more moderate middle electorate as well. And, it’s in this middle where many solutions are found. Candidates will likely start sharing even earlier their broader policy stances with this larger group of voters. This approach will reduce partisan rhetoric at the outset, beginning with solutions instead of division and inviting more voters to the table. We’re guessing all of these factors were important considerations for many Colorado voters who voted “yes” on Proposition 108.

Here’s some interesting statistics about voter turnout based on data from the 2010 primary elections. In 2010, 387,000 Republicans, or about 45 percent of active registered Republicans, participated in the primary election. If only 10 percent of unaffiliated voters participated in that primary, that’s another 100,000 votes, or a little more than one-quarter of primary votes. And, that’s only if 10 percent of unaffiliated voters would have showed up. The sheer number of unaffiliated voters in the state highlights the importance of appealing to the middle (where truthfully many Coloradans find ourselves politically whether affiliated or not) rather than to extremes. These voters will help reward candidates and current elected officials who pursue and support workable, pragmatic solutions.

The 2018 election has 17 State Senate seats up for grabs, and all 65 State House seats. Not to mention it’s a gubernatorial election, and the current Governor John Hickenlooper is term limited, all a recipe to ensure an exciting election. The other constitutional offices that shape our state will also be elected in 2018: secretary of state, treasurer and attorney general. With the passage of Proposition 108, Colorado’s unaffiliated voters will get to weigh in early on these critical candidate decisions.

We also recognize how important the parties are to Colorado and any fears that Proposition 108 could cause the demise of the Republican and Democrat parties in Colorado are unfounded. Nolan McCarty, a scholar on primary and general elections at Princeton University, has noted that open primaries don’t have an adverse effect on the parties themselves. We not only agree with McCarty but we also think that by adopting both Propositions 107 and 108 this year, the state parties have an opportunity in 2018 to spread their messages further, and earlier, than they otherwise could.

The parties can now begin running messaging that otherwise would wait until general election match-ups, when resonating language matters most. They will also have an additional opportunity to appeal to this population that will vote in the general election, generating more name recognition for candidates, as well as garnering potential enthusiastic supporters.

Pew Center research suggests that unaffiliated voters lean towards one party or another, but dislike the vehement partisanship. With candidates and parties needing to appeal more towards the broader population, and less toward the base, there are more opportunities to bring unaffiliated voters into the party fold.

The next opportunity will present itself in the 2020 presidential election when, under Proposition 107, Colorado replaces its caucus preference polls with presidential primaries that are open to affiliated and unaffiliated voters.

The results of the 2016 election in favor of Propositions 107 and 108 were clear and voters have passed a law that ensures unaffiliated voters in Colorado get to participate in primary elections. Colorado joins the 37 other states that have open primaries for local legislative elections, and 33 others who open federal Congressional primaries.

For many reasons we were strong supporters of these initiatives on the ballot. As long as the Colorado taxpayer is picking up the tab for our primaries, every voter should have a say, and that message resonated statewide in November, in traditionally blue and red counties alike. But we also know that Colorado makes its best decisions when more people are engaged. We have proven that time and time again and we believe that elections are no different: The more voters who engage, the better off we will be.

The passage of these critical initiatives is just the beginning. The real work is with the voter — you. In June of 2018, Democrats, Republicans, and unaffiliated voters will have the ability to choose the candidate they feel will best represent them in the general election. But you must show up to do it. Colorado voters have created one of the best, and easiest, voting processes in the country, so there are no excuses for your voice not being heard.