This article was published in Big Island Now 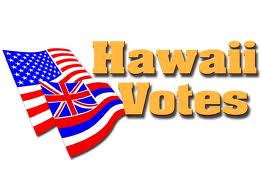 This ruling has no effect on the 2016 primary or general elections.

The Democratic Party of Hawai‘i had sued the state office of elections in 2013 and sought to limit participation in the Democratic primary election to registered Democrats only.

The Ninth Circuit ruled that the Democratic Party did not show that the open primary system burdens its associational rights.

The party offered no evidence that the open primary impacted its candidates or messages.

The Ninth Circuit noted that Hawai‘i’s voters may vote in only one party’s primary election.

The case, Democratic Party of Hawaii v. Nago, was originally filed in the federal district court of Hawai‘i.

“The open primary is part of Hawai‘i’s commitment to make voting easier and to include more persons in the democratic process,” said Attorney General Doug Chin. “This ruling keeps Hawai‘i’s primary elections open to all registered voters, regardless of their formal party affiliation.”

“Yesterday, the Ninth Circuit Court of Appeals upheld an earlier decision to support the way the people of Hawai‘i hold their primary elections, rejecting the Democratic Party’s desire to exclude independent and unaffiliated voters for voting in elections they pay for,” Open Primaries Senior Vice President Jeremy Gruber stated in a Tuesday, Aug. 16, press release.

“We commend the court’s decision to stand with the people of Hawai‘i against the Democratic Party’s attempts to disenfranchise them,” said Gruber. “The primaries are funded by the taxpayers and administered by government agencies. Every Hawaiian should be able to cast a ballot for the candidate of their choice, whether they are registered in a party or not. The state of Hawai‘i alone spent over $1.5 million taxpayer dollars on the presidential primary this year.

“The 2016 primary process had millions of Americans scratching their heads and saying: ‘why is the process run this way?'” said Gruber. “Over 26 million independents were barred from voting entirely, and millions of Democrats and Republicans were subjected to arcane rules, regulations and early registration deadlines.

Gruber added that 43% of all Americans—including 50% of millennial voters—now identify as independent.

“Had they succeeded, the Republican and Democratic Parties would have been able to use this decision as a weapon to close the primaries to them in the dozens of states that conduct open elections,” said Gruber.

A recent AP/NORC poll showed that 70% of all Americans now favor an open primary system that allows everyone to participate.

“We hope the Democratic Party of Hawai‘i is listening,” Gruber concluded.