This article was written by Craig Newmark for CNN 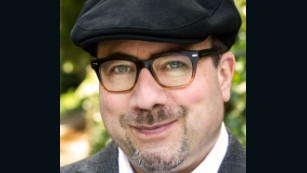 Folks, our US democracy is in trouble. A lot of work is being done by talented people to figure out how we turn this around. But as an engineer, I believe that fixing what's broken can't get done by the experts and lawyers alone. If we're going to fix what's broken -- almost by definition -- we've got to also make it happen from the bottom up. And each of us has a role in making that happen.

You've seen the statistics: 1 out of 3 Americans (72.6 million) who are eligible to vote aren't registered. We have the technology to automatically register the entire voting-age population, but it's an uphill battle to challenge the status quo. In many states, it's still a hassle (and sometimes worse) to register, especially if you're African-American, elderly or living in a college dorm.

Here's the other sad fact: Of the 2-out-of-3 eligible voters who are registered, over half (93 million) stayed home in 2012. Let that sink in: 93 million (registered) plus 73 million (never registered) stayed home. That's 166 million Americans who were discouraged from participating, dissatisfied with their choices or simply not interested and not engaged in the electoral process.

Compare this on a global scale to 34 leading economies. The United States ranks 31 (near the bottom) in voter participation. Why?

Cynicism is high. Trust in government is low. But maybe even more important, people's trust in democracy itself is shaken. In recent years, elections have become hyperpartisan, and sometimes they're really vicious. The entire process discourages new leaders, new points of view and new ideas. It plays to the demands of special interests rather than to the interests of the American people.

It's a dangerous impasse. With 166 million discouraged or disengaged, we cannot fully access the intellectual capital of our population to restore what's been (and can still be) one of the world's great democracies.

We're a country of immigrants and entrepreneurs with one of the most widely diverse populations in the world. And as someone who encourages crowd-sourcing solutions, I see this diversity as a good thing. So how do we access the strengths of the uniquely American people?

We have to support the organizations on the ground working state-by-state on voting rights and democratic process. I support a lot of these groups -- for instance, the Brennan Center, the League of Women Voters, The Advancement Project, VotoLatino and others. They're doing an excellent job at getting out the vote and tackling the real obstacles that people face getting to their polls and pulling the lever.

They and others are addressing the whole parade of horribles that undermine our constitutional guarantee of "one-person, one-vote." These include voter registration restrictions in 14 states, photo-ID requirements, partisan gerrymandering that skews local outcomes and primary restrictions that lock out millions in the first round of voting. If we get behind these groups, and introduce their work to others capable of supporting them, we can make sure all those eligible to vote have easy access to that system.

But more than that, I am all about encouraging direct involvement -- real civic engagement.

Given the huge issues facing our nation -- including race relations and national security, not to mention the massive dissatisfaction with government -- friends should not let friends not vote! We have the technology and the tools to nudge our friends and family, be it through email reminders or social media posts. Even if it's embarrassing, or borderline aggressive, we have to find a way to say to our friends: "I know you might hate politics. I know you don't like the candidates, but it's important you vote and exercise your democratic right."

And we have more avenues to vote than ever. Thirty-four states now have early voting and mail-in voting, making the sometimes arduous trek no longer required. Remind friends of this!

I really liked what Rep. John Lewis, D-Georgia, said in a recent speech to the tech community. "The vote is precious, almost sacred. It is the most powerful nonviolent tool or instrument in a democratic society. We must use it."

Folks, November 8 is about more than picking winners and tossing out losers. It's also about advancing a democratic way of life, which includes securing the right we still have to reshape and fix what's wrong with the system. We must exercise this privilege -- and urge our friends and families to do so -- or we risk losing it. It's that serious.

Craig Newmark is the founder of Craigslist and the Craig Newmark Foundation, which helps drive peer-to-peer, grassroots civic engagement. The views expressed in this commentary are his own.