Dr. King And The Meaning Of Voting Rights - Open Primaries 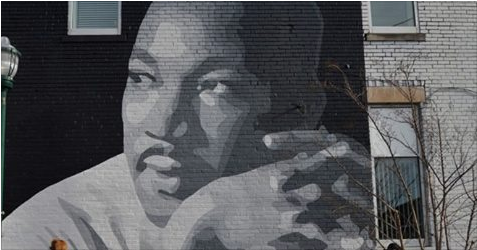 Dr. King And The Meaning Of Voting Rights

This article was written by Open Primaries Board Member Dr. Jessie Fields for the Daily Caller

The fight for voting rights for African Americans produced a historic outcome, the Voting Rights Act, but party politics continues to cut short the potential of the movement to fully empower the African American community and to sustain an ongoing process involving the American people.

The hard fought battles and sacrifices, the marches and protests of the nonviolent civil rights movement of the mid twentieth century has enshrined in the American soul the doctrine of equal voting rights, but the vision of the movement that Dr. Martin Luther King, Jr. gave voice to did not end in the passage of legislation. He often spoke of the central role of voting rights in addressing racial segregation, “Our whole campaign in Alabama has been centered around the right to vote. In focusing the attention of the nation and the world today on the flagrant denial of the right to vote, we are exposing the very origin, the root cause, of racial segregation in the Southland.”

The Voting Rights Act which the movement in Selma produced was a critical achievement, extending the franchise to many more blacks and other minorities and resulting in more people of color getting elected to public office. But black voters were quickly consolidated into the Democratic Party and thus into a two party system that divided the American people for partisan political gain. The Democratic Party came to dominate the black community.

That the black community would become a foregone conclusion as the constituency of any political party was not the mission of those who marched for voting rights. Closed party primaries and partisan redistricting continue to segregate black communities and today many African Americans feel taken for granted by the Democratic Party and rejected by the Republican Party. The 2016 presidential election starkly demonstrated the effects of this reality. Two million independent black voters were excluded from voting in the presidential primary and over one million African American voters did not participate in the general election because they felt that given the choices, their vote could not be meaningful.

In a New York Times article 11 days before the successful completion of the Selma to Montgomery march Dr. King wrote, “When the full power of the ballot is available to my people, it will not be exercised merely to advance our cause alone. We have learned in the course of our freedom struggle that the needs of twenty million Negroes are not truly separable from those of the nearly two hundred million whites and Negroes in America”.

This view, that the vote for African Americans was to be a tool for the political empowerment of the black community and for the growth and development of the entire country is a view not focused on who gets elected or which party wins but on fulfilling the needs and aspirations of ordinary people. And it was moving and historic, a developmental moment when people all over the country from all walks of life responded to Dr. King’s call and came to march in Selma. This was Black leadership bringing the people of Selma, from the sharecroppers to the students, the old and the young together with other Americans to change the country.

That fight for the political power of minority communities is far from over. Take a tour of black communities across America, communities that still suffer from disproportionately high poverty, poor schools, violence, police killings and mass incarceration and in 2008 were hit hard by the recession and home foreclosures and you will see the results of these communities being politically marginalized and abandoned.

To fully realize the vision Dr. King had for America and for the black community, we need to continue to develop new ways of coming together across racial and political divides, we must envision new types of coalitions and new conversations. We can no longer restrict our aspirations to the rising and falling fortunes of any political party. We must once again provide the leadership to build a more open political system and for the free and equal right to vote for all voters without restrictions of party affiliation.

Opening the primaries and independent redistricting are key to true minority enfranchisement because they give all voters, including the millions of minority voters who are independent, equal voting rights, the actual freedom to vote for who they choose to rather than the party dictating the choices, and the political mobility to build new kinds of on the ground coalitions.

At the conclusion of the Selma to Montgomery march, Dr. King spoke about the effect of post reconstruction segregation at the ballot box, “…the threat of the free exercise of the ballot by the Negro and white masses alike resulted in the establishment of a segregated society…That’s what happened when the Negro and white masses of the South threatened to unite and build a great society..”

We must continue to lead the country. To do that, the black community cannot be reduced to a special interest. We are a people who have forged the fight for equality and full voting rights in America with our blood and sweat and often our lives. When Dr. King was assassinated he had not reached the age of 40, yet he continues to reach beyond the time in which he lived. We can listen to hear his voice today to carry us forward.

Dr. Jessie Fields is on the board of Open Primaries, a national election-reform group. She is also a founding member of the Independence Party in New York City and a Harlem-based primary care physician.