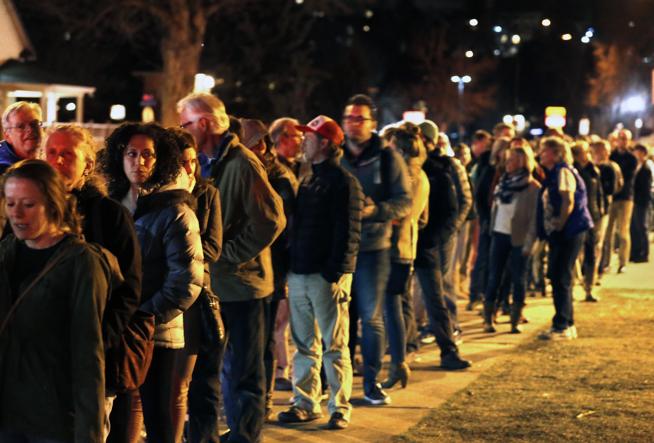 Among the lawmakers supporting those edits was state Sen. Matt Jones , Democrat of Louisville, who told us he supports a different kind of presidential primary from the one proposed in the ballot issue.

"The ballot system in both primary ballot initiatives is one that was used in Washington (state) that ended up throwing out around 10 percent of the ballots because you're supposed to vote only one party and people would vote both Democrat and Republican, which would then spoil their ballot and have it not count," Jones said.

Curtis Hubbard, campaign manager of Let Colorado Vote, the organization supporting the two open primary ballot initiatives, countered that the 10 percent figure appears to come from "a pilot study in a handful of counties the first year that Washington switched to a mail ballot system," and that the rate of spoiled ballots in last spring's Washington presidential primary was 4 percent, with at least some of those spoiled intentionally by voters who wanted to make a political statement that they should be able to vote in both primaries.

All of which will be relevant when it comes time to decide whether to vote these initiated statutes up or down at the polls. None of it is relevant in determining whether neutral or partisan language should be used in the official state voter guide. In this case, we are talking about language that is partisan not in the sense that it favors one party over the other but in the sense that it seeks to protect the power of both major parties against the interests of more than 1 million unaffiliated Colorado voters to participate in the selection of candidates.

The last-minute edits deleted language noting the potential of open primaries to increase voter participation and added a warning that such primaries would "likely result in about 9 percent of ballots not being counted, could change election winners, and would raise costs for taxpayers," despite the fact that all these claims are very much in dispute. We commend state Sen. Ellen Roberts, Republican of Durango, for casting the lone vote against the changes.

The process of crafting the Blue Book language, which includes an allegedly impartial description plus arguments for and against ballot issues, has been going on since May. The language to turn the description of open primaries negative was sprung at the end of the process with the apparent collusion of the secretary of state and lawmakers of both parties. It is an excellent example of why so many Americans now disdain both major parties.

"Based on 2014 data, 39 percent [of Americans] identify as independents, 32 percent as Democrats and 23 percent as Republicans," the Pew Research Center reported last year. "This is the highest percentage of independents in more than 75 years of public opinion polling."

To insert biased language into the state voter guide to protect their own interests is a sad example of the myopia for which the major parties are known. We are sorry to say this, because the Blue Book is normally an indispensable aid to voters, but in this case we urge voters to ignore the Blue Book when it comes to the two open primary ballot issues and do their own research.