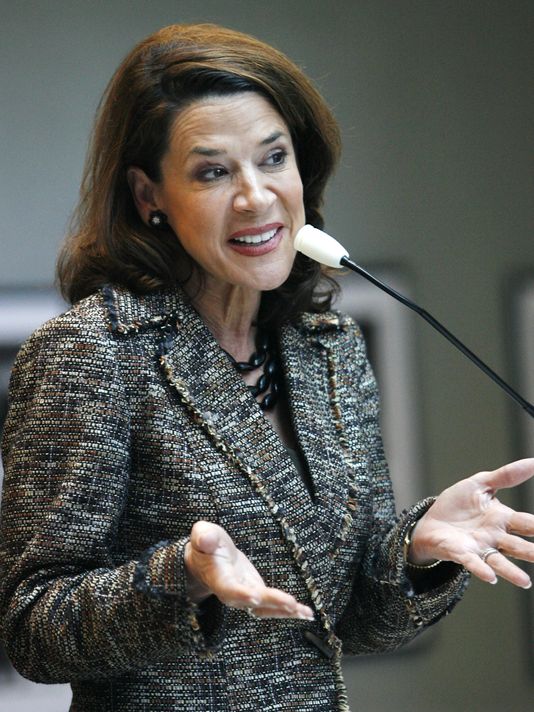 This editorial was published by TCPalm.com

Harris, Florida's secretary of state at the time, played a controversial role in helping Bush secure the state's 25 electoral votes and capture the White House.

But Harris's legacy in Florida elections isn't limited to the 2000 presidential contest.

In fact, it continues to this day.

Every Florida voter since 2000 who has been shut out of a primary election because of a write-in candidate can thank Harris, in part, for his/her disenfranchisement at the polls.

How did we get here?

It all began with a constitutional amendment that, ironically, was intended to open, not close, Florida's primary elections.

In 1998, voters approved the Universal Primary amendment by almost a 2-to-1 margin. This revision to the state constitution stipulated that, "If all candidates for an office have the same party affiliation and the winner will have no opposition in the general election, all qualified electors, regardless of party affiliation, may vote in the primary elections for that office."

What the amendment failed to clarify was the effect a write-in candidate would have on primary elections.

The 1999 Legislature took up the issue. Senate Bill 710 would have provided that "if all candidates for an office were seeking the nomination of the same political party and there would otherwise be no opposition in the general election except from a write-in candidate, all voters would be allowed to vote in the primary." A competing House bill would have closed the primary if there was a write-in candidate in the general election.

Despite the need to resolve the issue, the members of the 1999 Legislature did ... nothing.

Prior to the 2000 Legislature, the Ethics and Elections committee in the Florida Senate issued a report. Looking back on the 1999 Legislature's failure to clarify the write-in issue, the report contained this prescient observation:

"During consideration of SB 710 ... members of the committee expressed serious concerns that any person or group could field a 'sham' write-in candidate for the purpose of closing the primary election to party voters only," the reports stated. "The Senate members felt that this would thwart the will of the voters who favored the (Universal Primary) amendment to the constitution."

And so it came to pass.

The will of voters has been thwarted.

"Sham" often is an apt description of write-in candidates. They aren't required to gather signatures or pay a filing fee to run. As a general rule, they don't campaign for votes or attend political events. They are invisible candidates. No write-in has ever won an election in Florida. But their presence in a race closes the primary to all voters except those of the same party as the main candidates.

Florida taxpayers are picking up the tab for these primary elections. However, in any given election cycle, hundreds of thousands of these same taxpayers are being denied the right to vote in races closed by write-in candidates.

The Senate report also contained the following recommendation to lawmakers: "In order to avoid confusion by election officials and voters, and to avoid letting the executive or judicial branch determine how the amendment will be implemented, the (2000) Legislature should pass an implementing bill prior to the 2000 elections."

However, once again, lawmakers abdicated their responsibility.

Enter the executive and judicial branches.

Second, a spate of court rulings in the intervening years have supported this position. Most recently, the Florida Supreme Court affirmed in February that "write-in candidates are both 'candidates' and 'opposition' within the meaning of the (Universal Primary) amendment."

With all due respect to the high court, this is preposterous.

The idea that write-in candidates constitute "opposition" in Florida elections is laughable to anyone with a modicum of knowledge and common sense. Our 16-year history and millions of disenfranchised voters prove the point.

Who will step forward in the upcoming legislative session to right this egregious wrong?

State Sen. Kathleen Passidomo recently told the News-Press she "may look at doing something with the write-in process that tries to get it back in line with the intent of the original legislation."

As the new chair of the Senate's Ethics and Elections committee, Passidomo, R-Naples, is well positioned to bring about change.

However, she will have to overcome the indifference of Florida lawmakers, who have had several opportunities in the past 16 years to reform the system, but failed to act.

This is the second in a six-part series on Florida's write-in provision, which has allowed shadow candidates to disenfranchise millions of voters over the past 16 years.

Florida's write-in provision: It's worse than you think

Fighting back: Some voters and officials already are taking action

Viable solutions: There are several ways to reform the system

Speak up: If you're frustrated, tell somebody