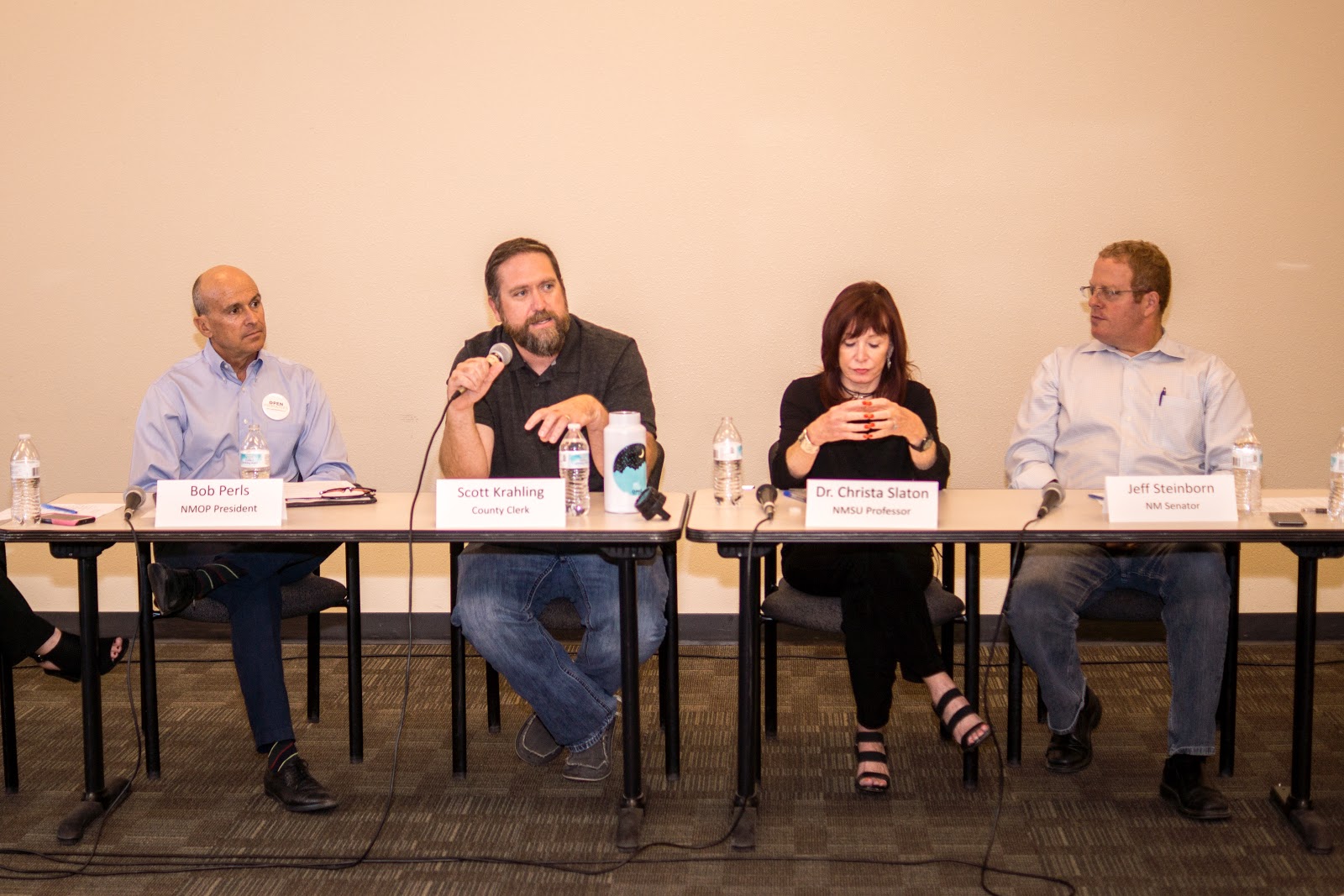 On September 9th, election reform experts from across New Mexico gathered in Las Cruces to discuss how New Mexico should reform its electoral system to increase competition and make elected officials more accountable to their constituents.

Over 50 people attended the event, and enjoyed a lively hour-long Q&A with the panelists, who generally agreed on a number of reforms that are crucial to New Mexico, including: Open primaries, free and fair ballot access, independent redistricting, consolidation of local and county elections, same-day voter registration, and automatic voter registration.

Bob Perls, Founder of New Mexico Open Primaries, emphasized that process matters. Said Perls: “Gridlock and hyper-partisanship are rampant in DC and in Santa Fe. The kinds of reforms we are supporting would go a long way to creating a political environment that would reward compromise and coalition building. If politicians have to reach out to a broad political spectrum of beliefs from day one, then they will end up representing most voters rather than a narrow slice of the party base.”

Senator Steinborn commented that same day or automatic voter registration would do much to increase voter participation. “There are too many barriers to too many voters. We need to make it easy for qualified voters to show up and vote,” he said.

Scott Krahling, the Dona Ana County Clerk, said that he believes that as the chief election officer, a County Clerk’s mission is to do much more than make sure that election laws are followed. He believes that all election officials have an obligation to educate voters about the intricacies of every election, to make it easy to vote, and to actively reduce barriers that preclude qualified voters and candidates from participating. 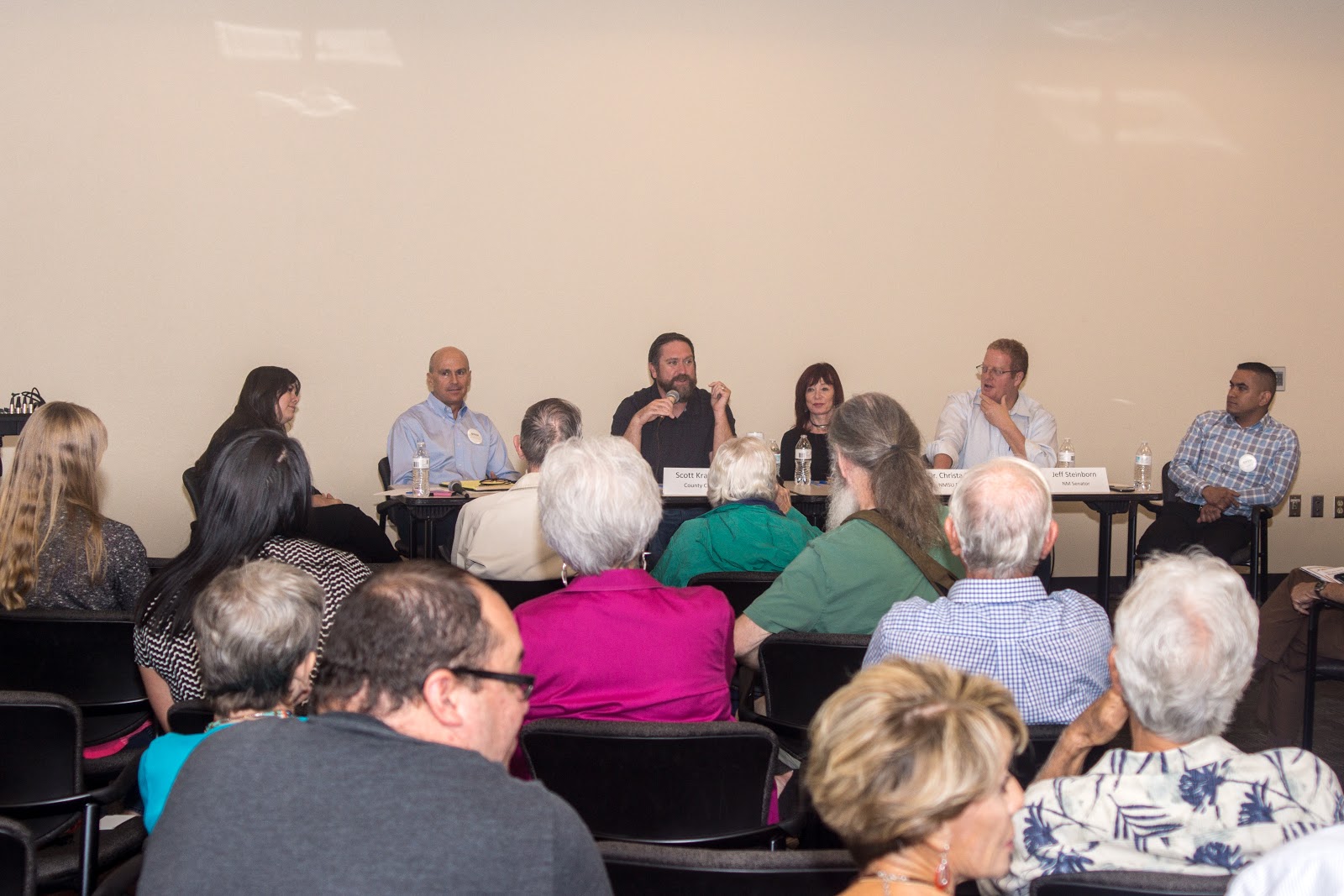 Dr. Christa Slaton expressed a belief that proportional representation is the best solution for creating a system that represents diverse beliefs and diverse candidates. The current winner-take-all format of U.S. elections leaves nearly half the voters out in the cold. “Minority interests, minority parties and more voters would be better represented with proportional representation,” she said. Though she admitted that it would be tough to implement without a parliamentary system of government.

In New Mexico, voters must register 28 days before the primary election. Several panelists pointed out that most candidates don’t spend money to communicate until the last three weeks of the election, so just as the visibility of the election increases, people are prohibited from registering.

All in all, panelists agreed that the current state of New Mexico politics is unacceptable, and that national politics is even worse. They are all excited to continue working to make elections more fair in New Mexico, and across the United States, as the growing movement for election reform continues to gain traction from coast to coast.

For more on New Mexico Open Primaries, go to http://www.nmopenprimaries.org/