This article was written by Frank Fear for LA Progressive 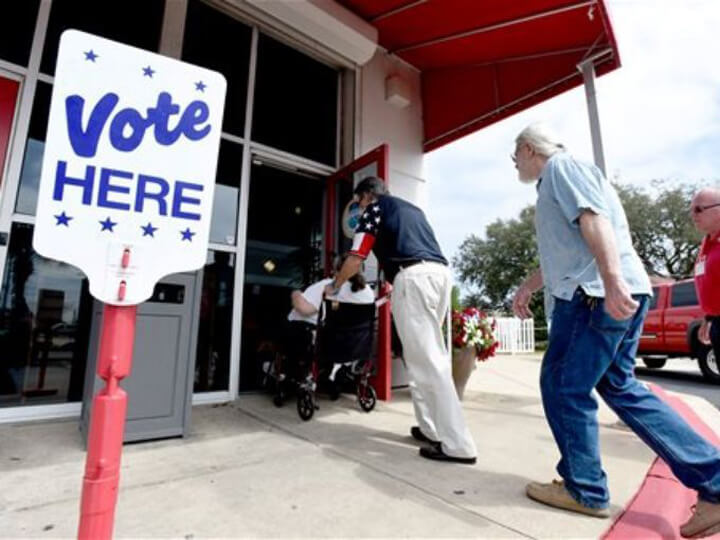 The Resistance shows no sign of abating. That’s good news—especially when resistance comes in the form of changing the political landscape.

That’s happening in Florida, of all places. That’s the state known notoriously for the “hanging chad” debacle of Gore v. Bush. 2000, and the epicenter of comic ridicule on late night TV.

But don’t laugh, Progressives, about what’s happening currently in The Sunshine State. The focus of change is opening up the primary system. And the possibility for proposed change can happen – get this – only five times a century. That’s because an epochal three-step is built into Florida’s Constitution.

Step one involves convening The Constitution Revision Commission (CRC). This state-level group, which convenes only once every 20 years, engages in a year-long study of Florida’s Constitution. The CRC is at work right now.

If the Commission decides change is needed, then the second step is to place one or more amendments on the 2018 General Election ballot. If 60% of Florida voters approve a constitutional amendment (that’s step three), then that plank is added to the state constitution.

The CRC reaches out to the electorate during its study process. Residents can submit suggestions/proposals and attend/speak at public hearings, which are held throughout the state.

Why is change needed? There are two reasons primarily.

That means 1 in 4 potential voters are closed out of primaries–except in episodic cases (a quirky feature of the Constitution) that enables independents to vote in primaries where a candidate runs unopposed in the general election.

Second, the costs of primaries are borne by all Florida taxpayers. That’s fair. But many taxpayers are restricted from primary voting because they aren’t party registrants. That’s unfair.

The best news is that the activist charge for changing Florida’s is gaining traction. Nearly 90% of Floridians surveyed in a recent poll support electoral change that expands democracy in Florida. 75% support the idea of including independent voters in Florida primaries. And, most importantly, 7 in 10 of those surveyed said they’d like to see the CRC put an open primaries initiative before the voters.

How would open primaries work in Florida? The preferred option is to have a system where all candidates—regardless of party affiliation—appear on a single primary ballot. In other words, there would be one primary ballot for all voters. The top two vote-getters would advance to the general election.

That change would improve the system in at least two ways. First, it would give all voters equal access to primaries. Second, because voters would vote for the candidate of their choice—irrespective of party—more candidates would have to expand their reach, not just “speak to their base,” as happens so often in party-restricted primaries.

Florida is not alone in having a closed primary system. Over twenty states have some variation of it. But that situation also means Florida (of all states) has an opportunity to take the lead nationally in electoral reform.

What better way to reform the system than to put the matter before voters? As Frank Day of Santa Rose Beach said at the CRC’s public hearing in Tallahassee: “Government works best if we all get a chance to participate.”

Who can possibly disagree with that?

To get to that point, though, Florida’s Constitution Revision Commission has to recommend it. That’s why it’s important for Floridians to voice support for open primaries—and to voice that support now.

As I’ve written earlier on these pages, I’m not a fan of political parties because I believe they are self-serving enterprises. That’s why I’m less inclined to favor a third party as a solution to America’s political malaise. The alternative I prefer is for America’s Independents to become “A Third Force.”

For that to happen we need to shift elections from its current party-centered structure to a new—and much more democratically reinforcing—voter-centered expression. The move to open up primaries in Florida is a big step in that direction.