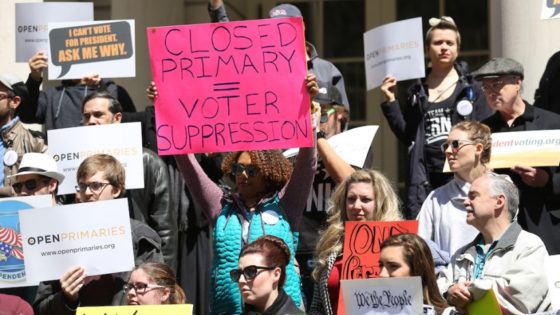 It’s time to do away with closed primaries

26.3 million independent voters, including almost half of all millennial voters, were barred from voting in presidential primaries in 2016. Millions more registered Democrats and Republicans were prevented from voting for the candidate of their choice. The result? Recent polling shows 70% of all Americans now support open primaries.

Closed primaries are the most rampant form of voter suppression of the 21st century. Now, more than ever, we need our democracy to be open and fair -- representative of all Americans, not just party extremists. Here are five reasons why we need open primaries, right now:

Millions of Americans across the country are being shut out of the political process. It’s up to us, the people, to empower every American voter and rebuild our democracy.