Measure 3 for top two open primaries came very close to passing--receiving one of the highest votes of any reform on the ballot anywhere in the country at 57% of the vote (it needed 60%).

One thing unites all Florida voters: the growing frustration with a political system that is broken, rigged, and unfair.  Florida disenfranchises more independent voters than any other state in the country. 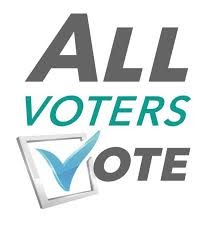 3.6 million independent voters - 27% of all registered Floridians - are currently barred from participating in the taxpayer funded primary elections. For many Florida voters, the primary election is the only election that matters, with a mere 16% of general election races in the state considered competitive.

Open primaries was the second most popular issue brought before the Florida Constitution Revision Commission (CRC) at nine public hearings held across the state in 2017, with dozens of Floridians flocking to speak and thousands more signing an online petition in support.  With recent polling finding 70% of Florida voters-Republicans, Democrats and independents-supporting open primaries, the state has reached a tipping point.

With the initiative on the ballot in November 2020, Florida Open Primaries brought together a diverse coalition of Floridians- including grassroots leaders Florida Fair and Open Primaries- to get their message to vote YES on 3 in front of as many Floridians as possible:

Both parties pulled out all the dirty tricks to stop Measure 3 from happening including producing false reports on how open primaries are bad for candidates of color & convincing the Florida League of Women Voters to reverse their endorsement for partisan reasons. Measure 3 remained popular with voters, was endorsed by every major paper in Florida and even got a video endorsement from Magic Johnson!

Measure 3 came very close to passing--receiving one of the highest reform votes of the year at 57% of the vote (it needed 60%). The Florida Open Primaries is not letting this loss deter them. The team remains committed in their mission to let all voters vote--bolstered by a near win and lots of on the ground support--and they will keep at it until ALL voters are fully enfranchised.