Florida lawmakers limit donations to amendment drives, but not their own committees - Open Primaries 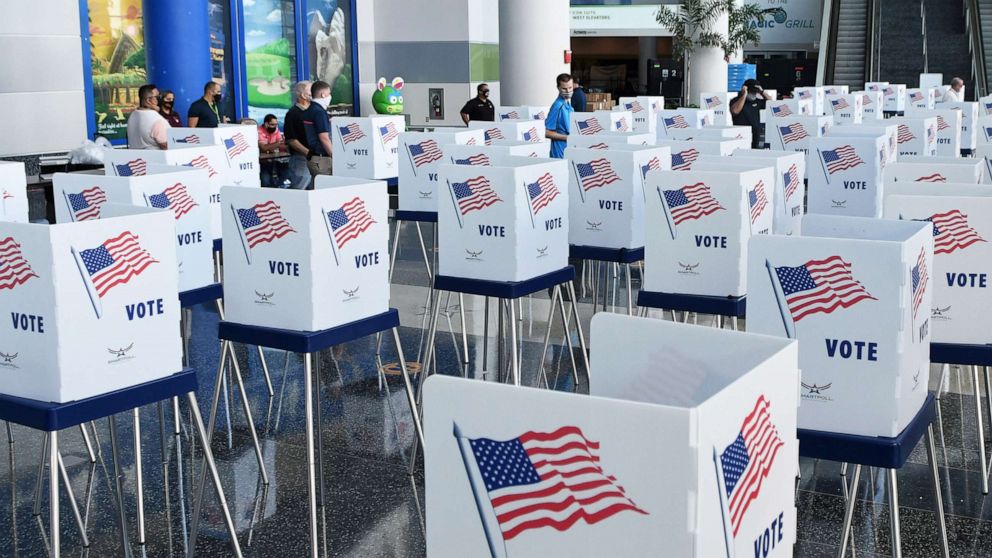 Florida lawmakers limit donations to amendment drives, but not their own committees

Florida lawmakers limit donations to amendment drives, but not their own committees

written by Scott Maxwell for the Orlando Sentinel

Florida lawmakers say they’re sick of big money corrupting politics. So they passed a law that makes it a crime for anyone to give more than $3,000 to a political committee. Except not all political committees. Just the ones working to get issues like smaller class sizes or a higher minimum wage on Florida ballots. Lawmakers’ own political committees can still accept unlimited cash.

In other words: As of July 1, Florida law will allow Gov. Ron DeSantis to continue cashing $250,000 checks from Las Vegas casino execs who want more gambling in Florida. That’s still fine. But if you cut a check for $3,001 to a committee trying to get, say, better pre-K programs or open primaries, you can go to jail.

This is Florida’s version of reform. I’m going to tell you more about this new, flawed law in a moment. But since these politicians claim their motive is to crack down on big money, especially from out-of-state donors, I also want you to see what kind of money they’re taking in themselves. Then you can judge their sincerity.

Let’s start with House Speaker Chris Sprowls. Sprowls’ committee, Floridians for Economic Freedom, has taken in more than $6 million in recent years. That includes $50,000 from the Boston-based online betting company DraftKings, which sent Sprowls the money just two months before Sprowls agreed to call a special session to legalize sports betting in Florida. Sprowls also took $80,000 from Disney, $75,000 from Dosal Tobacco Corp. and $75,000 from Publix. Out-of-state contributions included $30,000 from a gambling company in Nevada, $25,000 from Arkansas-based Wal-Mart and $25,000 from New York’s Pepsico.

All that is apparently fine. But if you give $4,000 to a committee fighting to restore the civil rights of former felons, that will soon be a first-degree misdemeanor. GOP lawmakers’ true motivation is their disdain for the amendment process. They hate when citizens take democracy into their own hands to demand things like Fair Districts or medical marijuana. So this new law bans anyone from contributing more than $3,000 to committees that are trying to get amendments on the ballot. The cap would be lifted after a group achieves that costly and time-consuming goal, which involves gathering hundreds of thousands of signatures and winning approval of the language from the Florida Supreme Court, among other hurdles.

The bill’s sponsor in the House, Palatka Republican Bobby Payne, said he was particularly bothered by out-of-state donors. Yet Payne’s committee, Conservatives  for Rural Floida, has taken $7,500 from a Texas-based communications firm and a bunch of $5,000 donations from everything from Anheuser Busch in Missouri to a couple of finance companies in California. Payne has also cashed plenty of big checks from Florida donors, including three $10,000 ones from insurance giant Florida Blue.

Since Payne seemed so worried about donors’ influence, I asked him if citizens should worry about their influence on him. He didn’t directly answer the question, but claimed his out-of-state donors didn’t get what they wanted from him. (He didn’t address what his in-state donors may have gotten.) And he stressed he was most concerned about “out-of-state billionaires” trying to influence our constitution. Desantis seems more comfortable with “out-of-state billionaires.” They are, in fact, his biggest donors.

Friends of Ron DeSantis has taken two checks for $5 million each from a Chicago hedge-fund manager plus another 122 checks for at least $100,000 over the last three years, including $250,000 from recently deceased Vegas casino magnate Sheldon Adelson and $200,000 from St. Louis beer icon August Busch III. DeSantis also collected $75,000 from the Friends of Matt Gaetz committee. Altogether, DeSantis — who last Friday signed the law criminalizing donations to citizen causes if they exceed $3,000 — has cashed more than $73 million to his committee.

Lawmakers claim they can’t crack down on their own donations because the U.S. Supreme Court has essentially equated political donations with free speech protected by the First Amendment. They may be right. But then how do they think they can get away with capping contributions to committees pushing for amendments? They can’t, according to the ACLU of Florida. The civil-liberties group filed a lawsuitSaturday saying the new law “unduly burdens plaintiff’s First Amendment right to free speech.”

One GOP senator, Jeff Brandes, told his party peers that their selective clamp down was probably unconstitutional. But they passed it anyway on a largely party-line vote after the senate sponsor, Ray Rodrigues, also decried the influence of big, out-of-state donors.

So, before we exit this column, let’s take a look at Rodrigues’ committee. Friends of Ray Rodrigues has taken more  than $1.75 million over the past two years, including a slew of $10,000 checks from Disney, The Big Easy Casino, Charter Schools USA and Florida Blue insurance. Rodrigues also cashed $10,000 checks from the Juul (e-cigarette) Labs in San Francisco and the Surterra medical cannabis company in Austin, Tex.

Last I checked, $10,000 was larger than $3,000. And neither San Francisco nor Austin was in Florida. I endeavored to ask Rodrigues the same question I posed to Payne: Shouldn’t Floridians be concerned about these deep-pocketed groups trying to buy influence and affect policy in Florida through you? Rodrigues didn’t respond. I don’t blame him. When you cash $10,000 checks while lecturing others about the evils of $4,000 checks, you look like Jabba the Hutt preaching about dietary restraint.

Oh, and here’s one of the richest details about all this: Even if these guys can’t pass laws that ban their committees from taking money from billionaires and out-of-state corporations, they could just choose to stop taking the money themselves.

But they don’t. Because they don’t really care about that. They’re just ticked off that Floridians sometimes make their voices heard at the ballot boxes. And they’re determined to do everything in their well-funded power to stop it.