Give independents a chance - Open Primaries 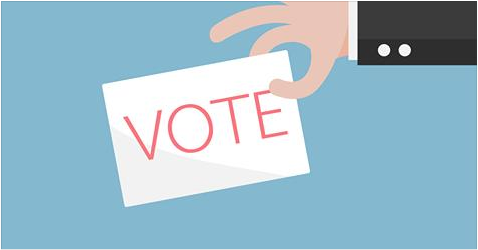 Give independents a chance

Give independents a chance

This article was written by Chuck Witt for the Winchester Sun

It might be interesting to see how voters in Clark County define themselves.

Nationally, more voters claim to be Independents than either Democrat or Republican.

A 2014 Pew Research Center poll found that 39 percent of those polled claimed to be Independent, while only 32 percent opted for Democrat and 23 percent for Republican labels.

(Obviously, that only adds up to 94 percent, so six percent either chose to not classify themselves or didn’t answer the question, and these percentages probably don’t hold true for Kentucky voters). Some information suggests that the percentage of Independents may be as high as 43 percent nationwide.

All this reasonably leads to the question: Why are Independents being opted out of voting in primary elections?

The answer is quite simple. Primaries are controlled — at least here — by the two parties, and neither has any reason to discontinue the practice of disenfranchising even this large percentage of voters.

Kentucky is one of 17 states which have closed primary elections, and they are patently unfair to a large segment of the voting population.

Ever look at a voter registration form in the Clerk’s office. The form doesn’t even list ‘Independent’. It only has the two parties listed by name. If one chooses not to be affiliated with either of the two, the only other choice is ‘other’. Isn’t it rather foolish to refuse to acknowledge such a significant group, especially considering that this percentage of voters has the power to move an election in whichever direction it chooses.

Of course Independents are just that, independent. Some will consider themselves more attuned to Republican principles, while others will lean toward the Democrats.

But here’s a more cogent question: Since the Kentucky primary elections are relegated to support for only two parties, why is a sizeable portion of those who would like to vote being asked to subsidize these primaries through their taxes, when they get no value from them?

Consider: the Independents are paying for a practice which benefits two parties, neither of which represents even one-third of the voting public.

Over a year ago, a letter was sent to Kentucky Secretary of State Allison Grimes, asking her to campaign for open primaries in the state.

Mrs. Grimes is a Democrat. But she is also Secretary of State and she has an obligation to work for the benefit of all Kentuckians, not just those of her party. She campaigned and won the fight to expand voter registration here, a highly laudable effort.

However, not only has she apparently not taken up the issue of open primaries, she never even answered the letter. Apparently she had no rational explanation as to why open primaries would not be a positive thing here.

Some cynics suggest that, if given the right to vote in primary elections, Independents would flood the voting booths and vote in a manner designed to install the least favorable candidates on the general election ballot.

The answer to this position is that Independents are not necessarily stupid. They are little different from their Democrat and Republican counterparts in that they want to see the most qualified person (in their opinion) on the ballot. They won’t throw their vote away any sooner than would their fellow voters.

Give them a chance.

Chuck Witt is a retired architect and a lifelong resident of Winchester. He can be reached at chuck740@bellsouth.net.