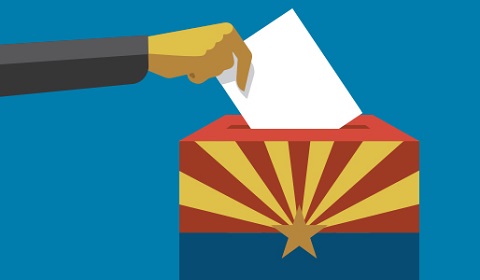 by Associated Press in the Albuquerque Journal

PHOENIX — Arizona’s Democratic and Republican parties grew in the second quarter of the year, but the share of independent voters grew even faster.

Figures released Thursday by Arizona Secretary of State Katie Hobbs show a net gain of just over 20,000 registered voters for just over 4.32 million in total.

Democrats added 539 voters while Republicans picked up 3,093. The Libertarian Party lost 584. Those declining to join a recognized political party rose by just over 28,000.

That’s a contrast with the first quarter, when both major parties shrank. The Democratic Party shed 6,400 between January and March while the GOP posted a net loss of nearly 23,000.

Arizona’s electorate is split roughly evenly between Republicans, Democrats and independents, with the GOP the largest group followed by independents then Democrats.