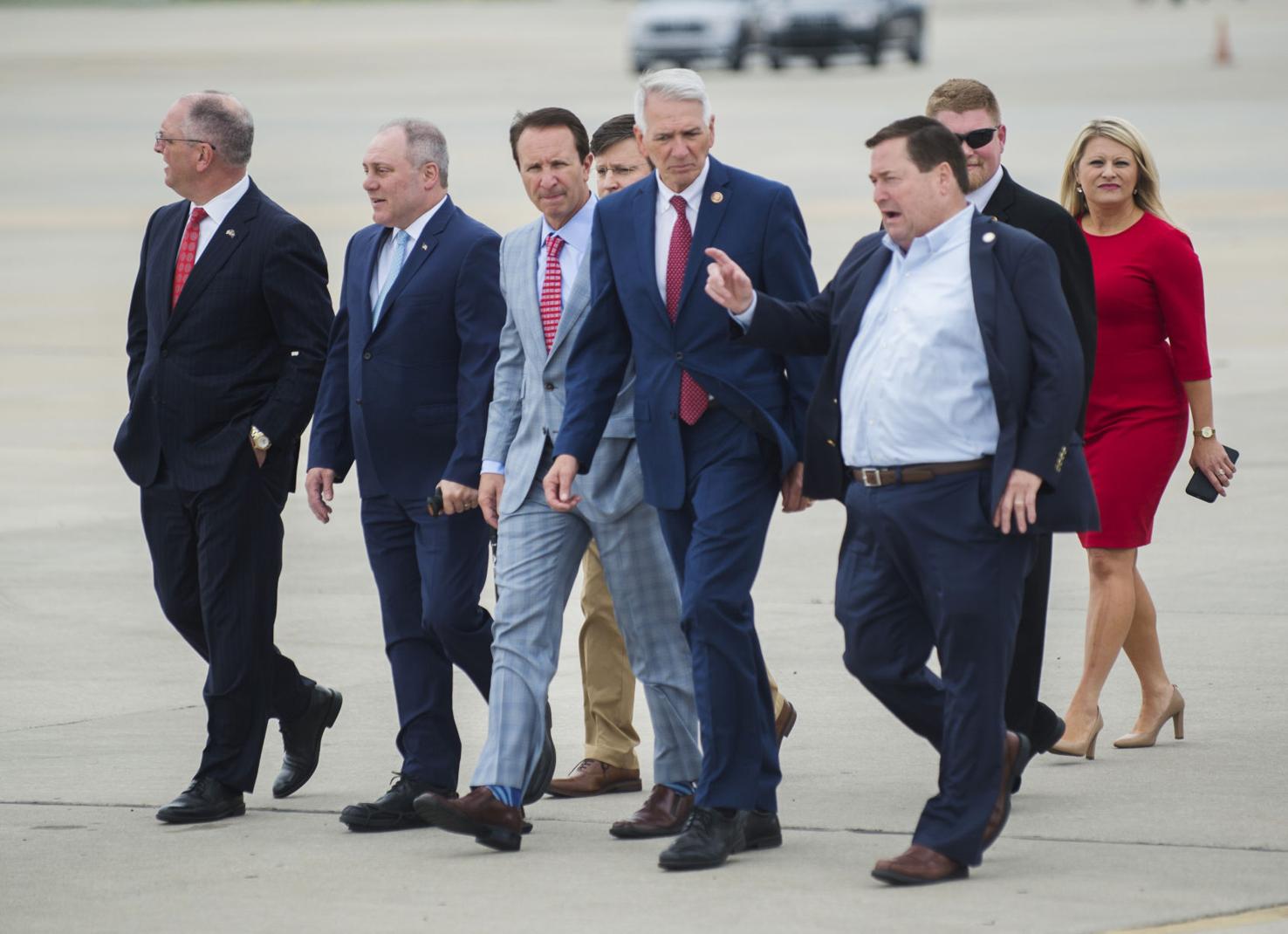 by Sam Karlin for The Advocate

As the state Legislature prepares to debate whether to change Louisiana’s unique open primary election system and move to closed party primaries, a public disagreement between some of the state’s top Republican officials has emerged over the question.

Attorney General Jeff Landry, state Sen. Sharon Hewitt and U.S. Rep. Steve Scalise are among those spearheading the effort to move to closed primaries, where Democrats and Republicans would hold separate contests to decide who each party would send to a general election.

The move is backed by Republican activists who believe closing the primaries will lead to more ideological conservatives winning office. It’s also supported by some Democrats who want their party’s registered voters to have the last word in choosing Democratic candidates.

But Lt. Gov. Billy Nungesser, along with several other more moderate Republicans, oppose the move. Among them are U.S. Sen. Bill Cassidy and U.S. Rep. Garret Graves, both of whom recently came out against the effort.

After months of work, a task force chaired by Hewitt voted Monday to send a slate of recommendations to the Legislature ahead of the upcoming session. Chief among them: Close the primary elections for congressional races.

Still, a split between some of those considered potential contenders for governor in 2023 was evident Monday. Landry, Nungesser and Hewitt are all possible candidates for the seat.

Nungesser, who is considered one of the more moderate Republican candidates for governor, testified against the move. He said if “something is not broke, don’t fix it.”

“What we need is a strong Republican party that stands on its own two feet that doesn’t allow its candidates to lie about their opponents to win elections,” he said, referencing the last two gubernatorial elections, where Republicans hammered each other in the primary and lost to Democrat John Bel Edwards in the runoff.

“It’s about representing all of Louisiana, not just Republicans. It’s about electing the best person.”

Hewitt said she wants to make the change for congressional elections only in order to “walk before we run.” While the state moved to closed primaries for Congressional races briefly in the mid-2000s, Hewitt said the change this time would differ from that because it wouldn’t require a candidate to win a majority in the primary, which can lead to primary runoffs. Instead, the leading candidate would advance.

Landry, who is in his second term as attorney general, indicated he wanted the task force to recommend moving state elections, not only congressional contests, to closed primaries. But the task force ultimately limited it to federal races.

“I’ve heard from a lot of voters that have said our elections have morphed many times not into ideology but into personalities,” he said.

The effort to close Louisiana’s primaries gained steam recently when Cassidy voted to convict former President Donald Trump on charges of incitement of insurrection, which infuriated Trump voters in Louisiana. The LAGOP executive committee censured Cassidy over the vote, and some activists pointed to closed primaries as a way to box candidates like Cassidy out of office.

In a media briefing last month, Cassidy said, “‘Do you want a candidate who can win a general election or one who can only win a primary?’”

Graves, in a recent interview, suggested closed primaries would lead to candidates “ostracizing” people they represent.

Should Louisiana move its election dates, or change to closed primaries? Republicans weigh in

“You’re asking me if I think it makes sense to limit the candidates that somebody can vote for? That sounds entirely un-American to me,” he said. “I think people should be able to vote for anyone in the world they want to vote for.”

If lawmakers decide to make the change, they will need to work out key details, like who should be allowed to vote in the primaries. The task force suggested letting parties decide who votes in the primary. Most states have some form of partisan primaries, but differ widely on who is allowed to vote in which contests, according to the National Conference of State Legislatures. Louisiana’s open primaries, sometimes called “jungle primaries,” are somewhat similar to “top-two” primaries in California and Washington.

Currently, all elections in Louisiana feature every candidate regardless of party on the same ballot in the primary. If no candidate wins more than 50%, the top two vote-getters advance to a runoff.

Under the recommendations made to the Legislature, the congressional elections would move to a system where Republicans and Democrats hold their own primaries, with each advancing their leading candidate to a general election.

Scalise said his aim is merely to move away from the current timing of Louisiana’s elections, when new members of Congress are typically sent to Washington in December, months after representatives from other states.

He also said the majority of the Congressional delegation support doing that through closed party primaries. Another option would be holding open primaries where the top two vote-getters advance to a November runoff, even if one of the candidates won a majority in the primary.

And it’s not only Republicans who want the change. State Sen. Cleo Fields, a Democrat from Baton Rouge who was in Congress in the mid-1990s, echoed Scalise’s sentiment.

Fields, who carried the 2006 bill in the state Legislature that briefly moved Louisiana to closed party primaries, brushed off concerns that the move will lead to people who are further to the right or left winning elections.

“I respect the intelligence of voters,” Fields said.