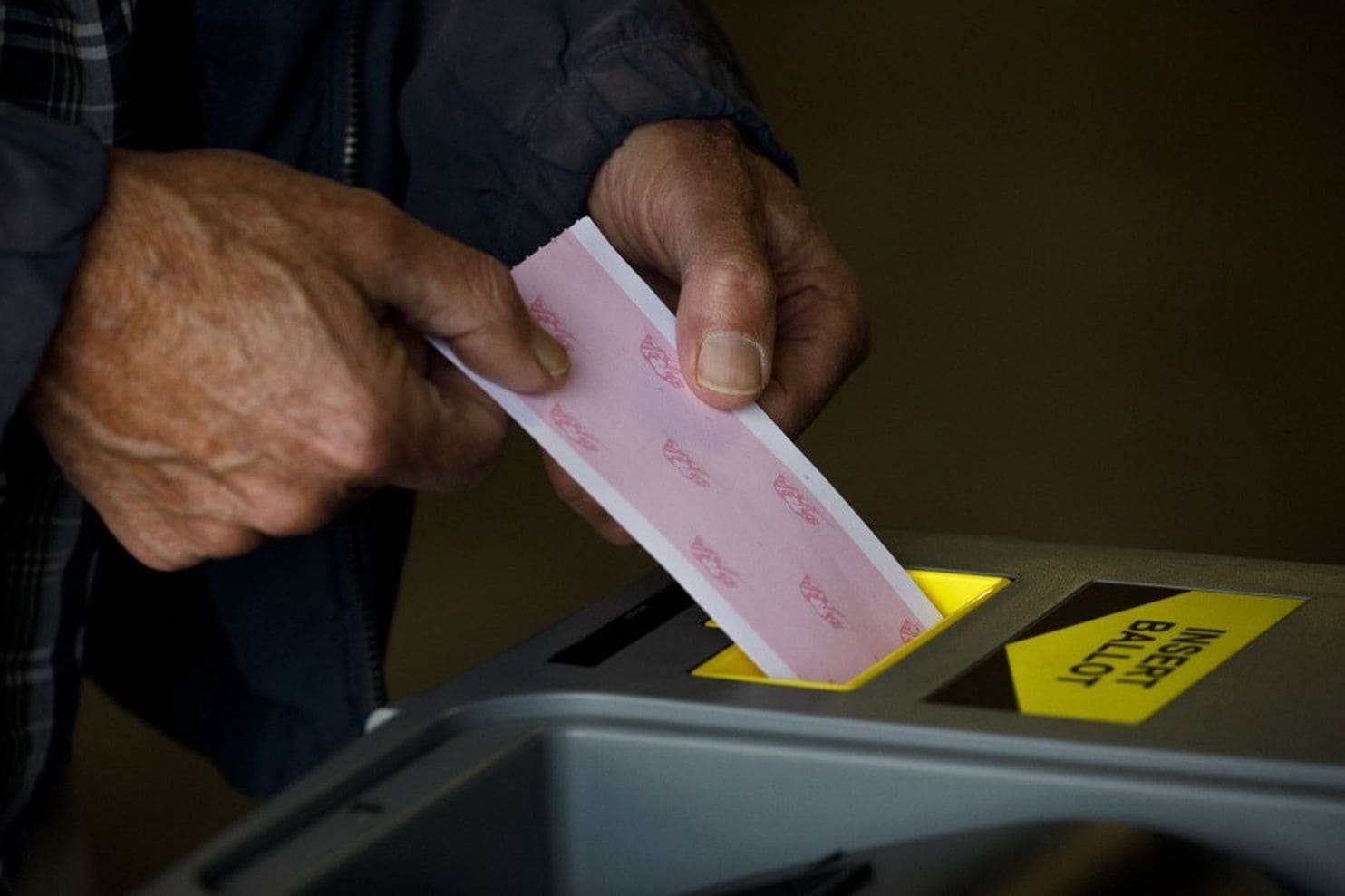 Written by Arnold Schwarzenegger and Ro Khanna for The Washington Post

Last month, leading up to California’s primary elections, House Majority Leader Kevin McCarthy (R-Calif.) said “I hate the top-two” open primary system. House Minority Leader Nancy Pelosi (D-Calif.) said California’s top-two system “is not a reform. It is terrible.” Their bipartisan response should tell you everything you need to know: Political parties hate top-two, so voters should love it.

We’re from different parties, we don’t agree on every issue, and we don’t bench-press the same amount — yet. But when it comes to California’s open primary system, where the two candidates who get the most votes advance to the general election, regardless of their political party, we see eye to eye: That current system, in place since 2012, works best because it puts the voters first.

When California voters came together in 2010 to pass the twin reforms of an independent redistricting commission and top-two open primaries, our state was reeling from the effects of destructive partisanship — stuck with structural deficits, passing budgets months after their deadlines, with few legislators looking for innovative solutions to the real problems our state was facing. A 2005 report from the Pew Charitable Trusts’ Government Performance Project gave California government a C-minus, the lowest grade issued to any state in the nation that year. In 2009, Los Angeles’s then-Mayor Antonio Villaraigosa said California was “ungovernable.” When assembly members Joe Canciamilla, a Democrat, and Keith Richman, a Republican, established a bipartisan working group 15 years ago to discuss solutions for pressing problems facing the state, they were initially forced to meet in secret. Some group members refused to publicly acknowledge their participation in the effort for fear of retribution from party leadership.

Beginning to change that meant taking power away from the political parties, which became, increasingly, artificial gatekeepers, giving an advantage to candidates who campaigned only to their respective party bases and ignoring independents, who are now 25.5 percent of all registered voters in California and the second-largest group of voters in our state.

With open primaries, a better political culture has emerged, with more and more legislators governing for the people they represent, not just special interests and party bosses in proverbial smoke-filled rooms.

From immigration reform to pro-growth economic policies, our state legislature is addressing issues that Congress and most states won’t touch. We’ve had bipartisan agreements on bills to improve health care and against bills that could hurt California’s economy. Before our election reforms, when California enactedgroundbreaking cap-and-trade emissions legislation in 2006, legislation passed almost entirely along party lines. In 2017, in a show of bipartisanship, eight Republicans joined Democrats to pass an extension for the program. Republicans came to the table and negotiated extensions and expansions of tax cuts for industry, along with tax cuts to lower consumers’ energy bills.

Earlier this month, The Washington Post’s Dan Balz wrote that since the adoption of open primaries, the goal of electing more moderates “hasn’t come to pass.” But that contrasts with the findings of a study done by the Public Policy Institute of California (PPIC), which found that while “both Democrats and Republicans in other states have been polarizing. … The fact that California’s representatives have not moved closer to the poles or have moved slightly in a more moderate direction stands out.”

For those of us who embrace top-two, it’s not about moving legislators in any one political direction. It’s about moving them closer to the voters. In those 2006 cap-and-trade negotiations, Republican legislators didn’t reflect the views of most voters, including almost half of Republicans. Today, they do.

Closed primaries don’t work: In red strongholds such as California’s Central Valley or blue strongholds such as the Bay Area, elections became a purity test — candidates willing to question their party’s orthodoxy are at a significant disadvantage. Party loyalists easily win traditional primaries and advance to general elections, where they coast to landslide victories.

In those same strongholds, open primaries work: When candidates and voters know that more than one candidate from a given party can advance to the general election, an independent-minded Democrat or Republican can campaign to the voters in the middle of the political spectrum, not just to his or her party’s base, and still have a chance to advance along with a more conventional party-line candidate to the November election. Incumbents who know they have to worry about more than just their own party base wind up being more innovative and willing to strike legislative compromise.

In our recent primary, top-two meant candidates had to compete for votes, rather than leaning on party ID. In that way, uncertainty and increased competition is a feature, not a bug. We doubt there’s a voter in California, or anywhere in the country, who wants politicians to have guaranteed job security — except maybe their lobbyist friends and campaign consultants. If incumbents win in top-two, voters can have more confidence that it’s because they took on all the contenders, and faced all the voters, rather than pandering to their base.

Both of us — a former California governor and a current member of California’s congressional delegation — hope that party leaders, not just in the two major parties, embrace this system instead of fighting it. Sen. Bernie Sanders (I-Vt.) has the right idea: Last year, he told The Post that he wants to open primaries around the country, describing one state’s system as “a total incumbent protection process,” making it harder for independents to participate. In February, Gov. John Kasich (R-Ohio) warned that if parties don’t become more responsive, they’re going to become obsolete. “We may be beginning to see the end of the two-party system,” he said, adding, “I don’t think either party is answering people’s deepest concerns and needs.”

California landed on a way to solve this problem, and now’s the time to take it nationwide. Let voters vote for the candidates they want, not just the ones the parties tell us we have to choose from.

James H. Thomas Thomas commented 2018-12-17 09:58:12 -0500 · Flag
If we are lucky we will get open primaries asap. I wrote to our Governor in Pennsylvania asking him to help us save our democracy and propose Open Primaries for our State.

S.C. Brockman commented 2018-06-21 12:23:17 -0400 · Flag
Excellent post. I often have heard from those to the right that this system doesn’t work. As a young voter I voted against it, I was very partisan, but I have to come to believe it does work, and should remain. I wonder if we could in fact ever have a constitutional amendment stating states cannot bar anybody from voting based upon Political affiliation. It may in time prove necessary.

Earlene Hammond commented 2018-06-19 19:01:20 -0400 · Flag
Absolutely, every state needs to have open primaries! Bernie Sanders, Ro Khanna, John Kasich, AND the former CA governor are all CORRECT. It is the ONLY fair way to maintain a true democracy! There is no good or reasonable purpose for closed primaries!