The political-industrial complex has taken over from American citizens, Harvard study says 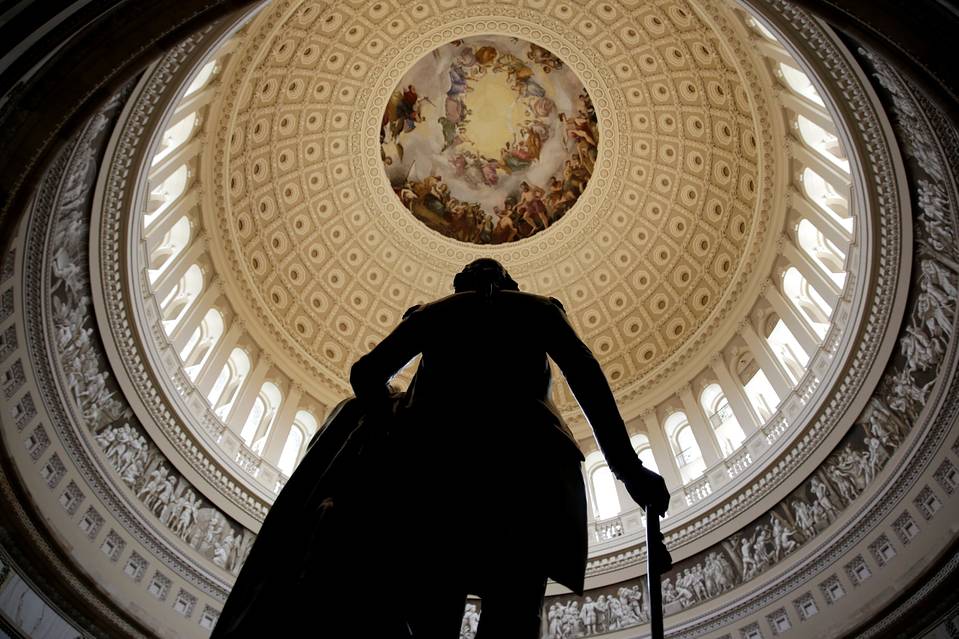 That’s the conclusion of a new Harvard Business School study. Authors Katherine Gehl, former president and CEO of Gehl Foods, and Michael Porter, a professor at the school, apply business theory to the U.S. political system and find an industry that works for Democratic and Republican organizations, big donors, pollsters, consultants, partisan think tanks, the media and lobbyists, but ignores most American citizens.

“By nearly every measure, the industry of politics, itself, is thriving,” Ms. Gehl and Mr. Porter said in the report. “There’s just one problem. The people whom the politics industry is supposed to serve have never been more dissatisfied.” 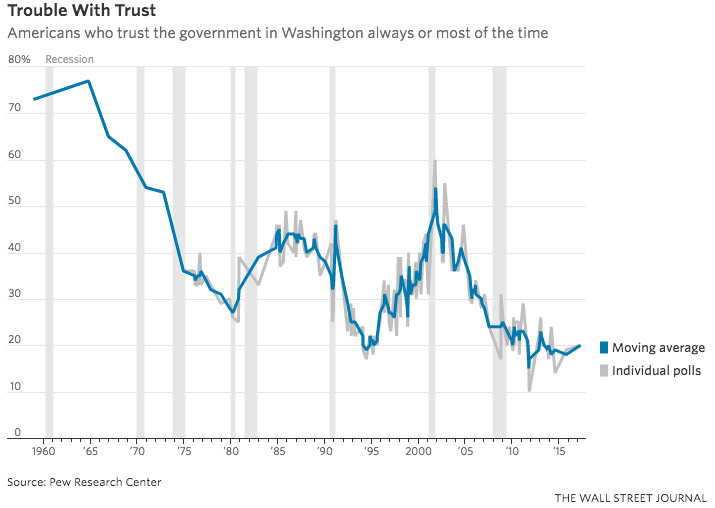 In short, the two-party system has become a textbook example of a duopoly where neither party is competing for the same customers. “The parties have figured out that they don’t want to compete for the middle, to please the middle,” Mr. Porter said in an interview.

Instead, they cater to primary voters and what the authors term the political-industrial complex. That leaves a host of economic priorities, such as sweeping tax reform, an overhaul of the nation’s infrastructure or fixes to the health care system, increasingly out of reach.

The new analysis blames a system that allows an industry—in this case the political industry—to create its own rules with little oversight. The result has been stifled competition due to partisan primaries, control over access to general election ballots, gerrymandering, sore-loser laws, which in some states prevent primary losers from competing in the general election as an independent, and other political rules.

“Many of us assume the forces at work in other industries are not at work in politics,” Ms. Gehl said. “They are.”

The result is a system that need only appeal to the most partisan voters, legislative gridlock and a lack of accountability and most recently the election of President Donald Trump.

“We believe Trump’s election is a sign of fundamentally deep dissatisfaction,” Mr. Porter said. “People are frustrated nothing is happening.”

Mr. Trump ran as an outsider and recently bucked his own party to strike a deal with Democrats. Ultimately, however, the underlying structure of political competition is unchanged, Mr. Porter said, leaving the broader dynamic the same.

The solutions lie outside legislative channels, Ms. Gehl and Mr. Porter said, highlighting referendums and legal challenges as the best ways for consumers—in this case, voters—to start to reclaim a voice in the political system.

The authors cite several examples. Washington and California, for example, used referendums to institute top-two nonpartisan primaries, a system meant to eliminate extremes during primaries but that can also leave only one party on the final ballot. A Maine referendum approved ranked-choice voting, where voters rank candidates in order of preference, a method meant to eliminate spoiler candidates. If no first-choice candidate captures the majority of votes, the candidate receiving the fewest is eliminated and the votes are transferred to the second choice marked on the ballot. Maine’s high court found the system unconstitutional.

Mr. Porter and Ms. Gehl also highlight legal challenges to gerrymandered districts and other grass-roots efforts to shake up the system.

“We do have litigation and citizen referendums that can move much more quickly and build some momentum here,” Mr. Porter said.

Joe Pickering commented 2020-01-13 18:10:40 -0500 · Flag
Yes, it is true: the political-industrial complex has taken over from American citizens, Harvard study says. Yes, the “system” is rigged. It is going to take more than unrigging. As former Congressman Mickey Edwards said in his book: The Parties vs the People We the People need to take BALLOT ACCESS CONTROL FROM THE PARTIES. I stated this is much greater detail in my Op Ed in the Maine Sunday Telegram recently. Dr. Benjamin Franklin once said to a Mrs. Powell the wife of the major of Philadelphia who asked him what kind of a government have you given us: "A Republic or a Monarchy ? He replied: A Republic if you can keep it ? And, so my fellow Americans it is up to us. Are you ready to get off your cell phones for a little while to give back yourself to America in order to save America for you, your children, and Grandchildren ?