How Can Citizens Redress their Grievances of an Unfair Election Process? - Open Primaries 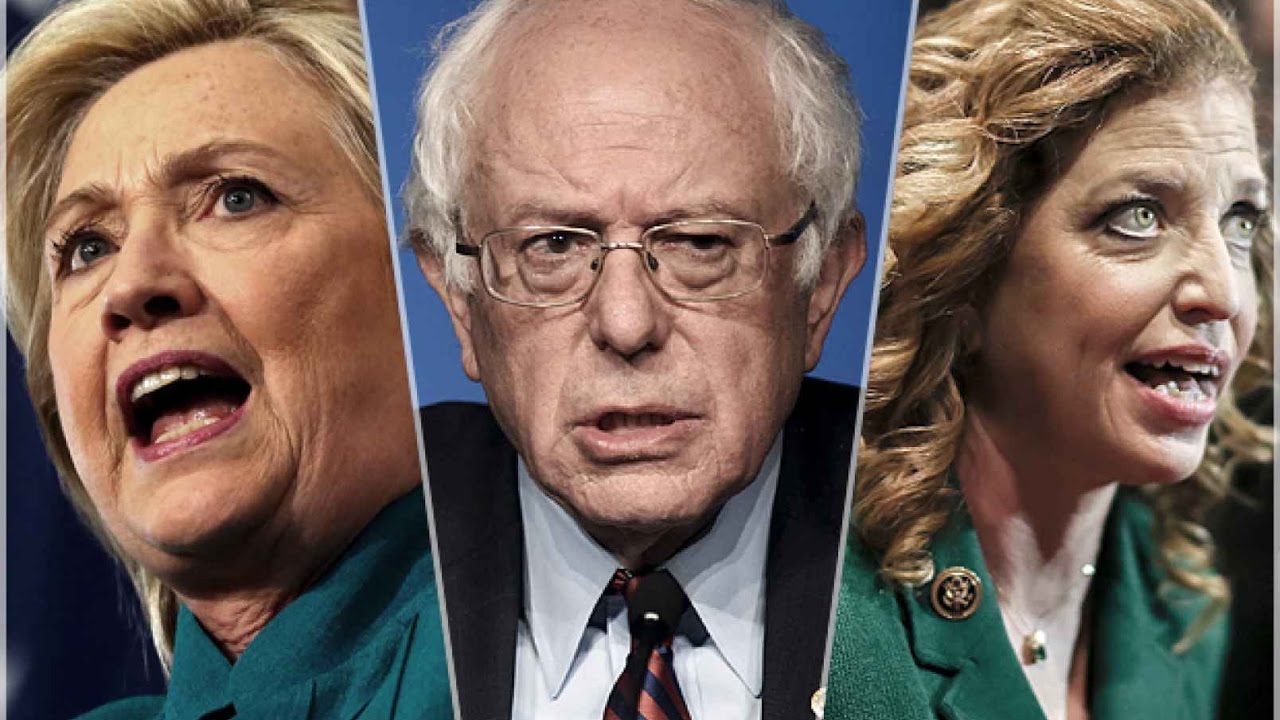 How Can Citizens Redress their Grievances of an Unfair Election Process?

How Can Citizens Redress their Grievances of an Unfair Election Process?

This article was written by Tiani X. Coleman and Harry Kresky for the Huffington Post

According to Judge William J. Zloch, of the U.S. District Court for the Southern District of Florida, they can’t.

On August 25, 2017, Judge Zloch dismissed a significant lawsuit brought by activists fighting a grave injustice in the electoral system, the unfairness of the Democratic primary. This case, known as the “DNC lawsuit” was brought by supporters of Bernie Sanders who felt they had a cause of action against the Democratic National Committee (“DNC”) and its then Chairwoman Deborah Wasserman Shultz, for fraud and misrepresentation, for tilting the playing field against Bernie Sanders and in favor of Hillary Clinton, who won the nomination but then went on to lose the presidency to Donald Trump. The implications of Zloch’s dismissal are a big deal for the public at large, whether one is a Bernie fan or not. The issue is whether our country really stands for the proposition that all citizens should have equal voting rights.

Americans have had a sense that something is wrong; they aren’t satisfied with their choices at the ballot box; they feel like their elected leaders represent special interests instead of “the people;” and they don’t really believe their vote counts. They’re frustrated with the partisanship, the corruption and their representatives’ inability to solve problems. Yet most people, albeit with a shrug, continue to accept the status quo as inevitable.

Sanders’ supporters attempted to fight the status quo, and turned to the courts when evidence surfaced that the DNC and Wasserman Shultz had worked behind the scenes to ensure Clinton’s victory over Sanders in the Democratic Party presidential primary. Their class action lawsuit alleges that the Party defrauded Sanders supporters and other voters because the Democratic Party’s internal rules – their Charter – required and therefore promised an impartial, fair and open process. They sought damages measured by the money contributed to candidate Sanders and/or the DNC in reliance on that promise (alleging that were it not for that promise, they would not have contributed).

Judge Zloch didn’t fully reach the merits of the case, but instead dismissed it without prejudice, on technical grounds, for lack of subject matter jurisdiction and lack of standing. Plaintiffs filed a notice of appeal on September 8, 2017. But a close look at Judge Zloch’s analysis shows that to open the door to a meaningful legal remedy, Plaintiffs will have to overcome more than just minor technicalities in their pleadings; they’ll have to overcome a longstanding bias that gives political parties significant leeway in how they conduct primary elections.

According to Zloch: Assuming the allegations of fraud and misrepresentation are true, plaintiffs failed to allege a causal link (with enough specificity) between their donations and the DNC’s statements in its Charter; their fiduciary duty claim relied “on a harm too diffuse to constitute an injury-in-fact;” and their negligence claim was too speculative. Therefore, they lacked standing to sue. Zloch writes, “To the extent Plaintiffs wish to air their general grievances with the DNC or its candidate selection process, their redress is through the ballot box, the DNC’s internal workings, or their right of free speech – not through the judiciary.”

Can we honestly expect people who are trying to fix a “rigged system” to get their grievances addressed by that very system? Isn’t it the judiciary’s job to declare certain systems so rigged as to be illegal? By requiring that plaintiffs allege to have each read the DNC Charter and shown how they specifically relied on it, the judge is likely significantly reducing the size of the class that could bring an allegation. But that still wouldn’t satisfy the court. Whether we are talking about 100 voters or one hundred million, it is self-evident that voters expect fair elections. If the DNC had announced in advance that they would be favoring and helping Hillary Clinton to ensure her victory and that Bernie Sanders wouldn’t get a fair shake in the primary process, wouldn’t the Bernie Sanders supporters have been much less likely to have donated to the DNC? Knowing that Bernie had no possible chance of getting the nomination, would they really have donated to the extent they did to Bernie’s campaign?

Of course that handful of plaintiffs would still be thwarted by how the court dealt with the “fiduciary duty” claim. Though the judge initially stated that “the DNC, through its charter, has committed itself to a higher principle” than “go[ing] into back rooms like they use to . . . smok[ing] cigars and pick[ing] the candidate that way;” in his next breath, Judge Zloch basically says the courts can’t regulate private political parties or the fairness of their elections. Judge Zloch writes:

“[The plaintiffs’] association with the DNC is voluntary and their relationship to it indirect. . . . If the DNC failed to take proper care of the election process . . . then their injury is also undifferentiated from the voting public at large. Labeling this type of injury as a common law tort does nothing to alter the generalized nature of Plaintiffs’ grievance. For, if the tort harm is failure to act as a proper ‘custodian of this country’s democracy,’ . . . then the measure of Plaintiffs’ damages must be the extent to which the DNC’s actions corrupted the election process. . . [T]he harm done to the general public by corruption of the political process is not a sufficiently concrete, personalized injury to establish standing.”

In other words, Judge Zloch is stating that anyone harmed by “a corrupt election process” has no standing in the Courts because their injury is too general. Further, the Judge says the court can’t provide declaratory and injunctive relief that would bind the DNC to its charter because “a political party’s determination of the structure which best allows it to pursue its political goals is protected by the Constitution.”

The American people have a right to expect elections to be fair, open and impartial. The state shouldn’t be able to turn the election process over to political parties, and then when political parties act in a biased fashion and fail to conduct fair elections, claim that people have no standing because parties are “private entities” with special rights to conduct elections however they see fit. It appears that because we have private organizations – political parties – acting as gatekeepers for the first and most significant stage of our public elections – primary elections — it is practically impossible for citizens to “get justice,” or have their grievances addressed in the event these elections are rigged.

Nothing in the Constitution requires that elections be held through the Party system; in fact, our Founders warned us against using a party-based electoral system. But we quickly moved to it anyway. As our elections currently stand, parties, because they are private, are not accountable to us the same way the Government is, through constitutional claims, but they apparently have immunity to torts similar to governmental immunity. It’s a clever sleight of hand. The parties, who control the government, have delegated to themselves control of the process by which candidates gain access to the general election ballot. Then they take the position that how they do it cannot be challenged because they are private associations. Judge Zloch’s reasoning reminds one of the days of the literacy test for voting. Black voters were asked to read a complicated piece of legal jargon. The elections inspector then asked them what it meant. The honest answer, of course, was that Blacks don’t vote in this election.

Unless we can break the deal between the parties and the government, we will be stuck with the status quo. It’s time that the Courts consider a constitutional legal challenge to an election set-up that fails to provide equal voting rights to all citizens. After all, in many states, voters are required to join a party as a condition of voting in primary elections (often the most determinative elections), and therefore, voters’ associations with these parties are arguably involuntary. All voters pay for these primary elections, but non-aligned voters are barred from participating.

It’s time for people of all political persuasions who are committed to good government and fair elections to work towards shifting our American Democracy away from a private partisan system, and towards a public “non-partisan” system. This wouldn’t be an attempt to abolish parties; certainly, any group of like-minded citizens should have the right to form a party. But it would be an attempt to take the state-sponsored control of our elections out of the hands of the parties, in order to shift it back into the hands of the people.

*Tiani X. Coleman, an attorney, is President of New Hampshire Independent Voters. Before becoming an independent, she served as Chair of the Salt Lake County Republican Party and was later the campaign manager for the 2010 Democratic challenger to Jason Chaffetz (former R-UT3).

** Harry Kresky practices law in New York and is general counsel to IndepedentVoting.org.

Catherine Cottle commented 2017-09-15 19:22:03 -0400 · Flag
Can you think of any reason you do not deserve the Constitutional right to choose to vote FOR OR AGAINST a politician on Election Day with your single vote? Don’t our 537 elected politicians deserve that COMMON GROUND in order to together for OUR BEST INTERESTS?

Douglas Whitmore ~ #BERNIE2020 #NEVERAGAINmeansNOW commented 2017-09-14 21:33:56 -0400 · Flag
Consider Not VOTING in PARTISAN PRIMARIES or CAUCUSES going forward; #ForceOpenPrimariesCaucuses Why Do We Think We Need Political Parties"? #NoPartiesNeeded 38-45% of Voters designate as “NON-AFFILIATED”! [+50% 18-33 yr. old]
https://www.facebook.com/NebAwakeRising/ Douglas Whitmore for U.S. Senate Campaign tps://draftbernie.org for a People’s Party [not a typical ‘political party’] After speaking with hundreds of non-voters in the recent general election, the consensus is that they didn’t vote, because their choices were narrowed by the parties and there was no one worth voting for.
How #WeThePeople Need Political Candidates to Gain Our Vote – The Non-Party Process! https://www.facebook.com/notes/people-like-bernie-sanders-electing-candidates-like-bernie-sanders/how-wethepeople-need-political-candidates-to-gain-our-vote-the-non-party-process/1160904190668827/