How to fix US politics? Maybe start by seeing it as an ‘industrial complex.’ - Open Primaries

How to fix US politics? Maybe start by seeing it as an ‘industrial complex.’

How to fix US politics? Maybe start by seeing it as an ‘industrial complex.’

Search for Solutions: America’s political dysfunction stems from a duopoly structure that’s been amplified in recent decades, a new report argues. Some states may already be pointing toward solutions that better serve the public interest. 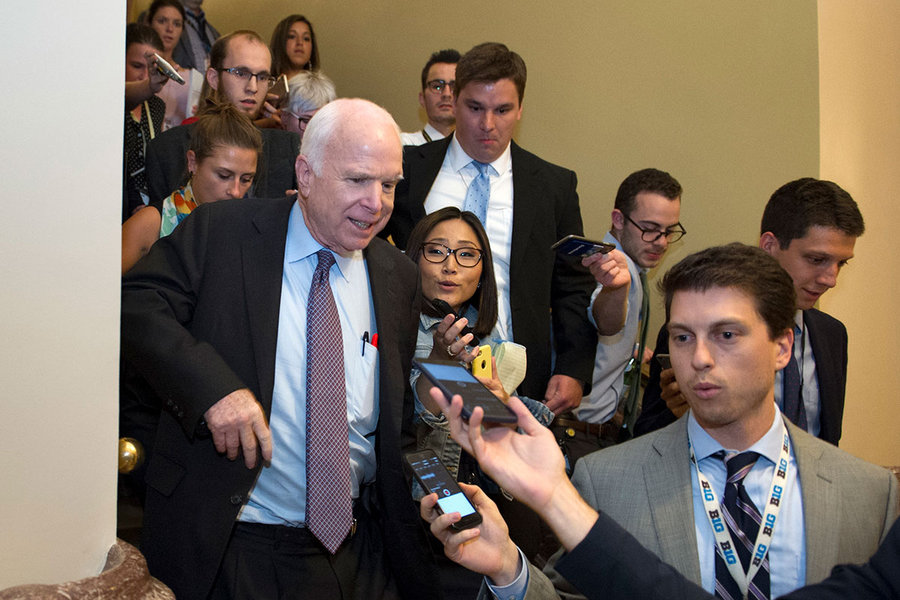 In 2015, shortly after selling her family’s food-products business, CEO Katherine Gehl had an epiphany: What if you analyzed the US political system as an industry? Suddenly, new answers appeared for questions, such as: Why are politics so partisan? Why can’t Washington get things done? Ms. Gehl teamed up with Harvard business professor Michael Porter, a consultant for her family business, to investigate the industry of politics. On Sept. 13, they released a report, “Why Competition in the Politics Industry is Failing America.” Here are edited excerpts of their conversation with Monitor business writer Laurent Belsie.

What kind of industry is the US political system?

Katherine Gehl: Eisenhower in 1961 said: Beware the military-industrial complex. He said that the industry could become so powerful and would put its own aims ahead of what it was supposed to be for. What Michael and I are saying today is beware the political-industrial complex. That business, that industry of politics, has its own gain-seeking behavior. And that industry is thriving even as customers, citizens, are increasingly dissatisfied.

Why do you say it’s thriving? Most people say Washington politics is broken.

KG: The system is designed to deliver what it’s delivering. The challenge is that it’s not designed to deliver for citizens, for the public interest. Instead, our system has been designed and optimized over time to benefit the interests of our two political parties and all their associated industry allies.

And that’s the problem – two parties?

Michael Porter: If you have two dominant competitors, the last thing they want to do is compete for the same customers. They’d rather divide up the customers, because then they can differentiate themselves. Their respective loyalists will then be very dedicated to support them and give money and vote.

How does the industry’s structure frustrate voters?

KG: Partisan primaries combined with gerrymandering constitute the largest impediment to compromise…. The partisan primary was originally introduced as a political reform by the progressives designed actually to make the political system more responsive to what voters wanted by taking the selection of candidates away from the smoke-filled back rooms. But it turns out that the unintended circumstance is that it now cements this control of extremists on both parties.

Is this a recent phenomenon?

MP: This was not a grand conspiracy where a bunch of people got into a room and said: “We’re going to totally take over our system.” It was rolled out over time. But the net effect is that over the last 20, 30, 40 years, we start to see the failure of our system to deliver solutions. And it’s gotten now to be super acute. We can’t solve anything now…. Particularly tragic is that this competition we’ve created among the parties – not to serve the middle but to serve their constituencies on the extreme – is driving a discussion and a set of norms that are really tearing our country apart. We are turning Americans against Americans and the enemy is our fellow-citizens.

Is the Trump phenomenon a healthy rebellion against the system?

KG: The election of Donald Trump is, first of all, an endorsement of this widespread view that the public is dramatically dissatisfied with what’s coming out of Washington, D.C. So Donald Trump represents the public trying to do something different and perhaps drain the swamp. We don’t, however, believe that Donald Trump’s election fundamentally changes the structure.

How do you change the structure?

KG: We want to see the implementation of nonpartisan primaries, nonpartisan redistricting, and ranked choice voting [where voters rank candidates in order of preference, rather than picking one person]. Together those reforms introduce a new level of accountability and lower barriers to entry to new competition that could better serve the public interest.

MP: What we’d love to do is file an antitrust case against the political parties. Unfortunately, the parties are exempt…. In the short run, we talk about this idea of jump-starting new moderate competition. We have the Senate fulcrum strategy – just electing four or five centrist senators to actually create a swing coalition or a fulcrum.

How do you run candidates that have a viable chance of getting elected?

KG: In the case of the Centrist Project – full disclosure, I’m on the board there – our plan is to strategically select states where there is a viable electoral opportunity open to an independent. Then you have to find the right compelling candidate the same way that Democrats and Republicans have to do. It is not rocket science, but it is hard.

KG: Each state decides how its going to run its election system. In 27 states, they have citizens referendums. That’s where you’re going to get the first breakthrough on changing the rules of this game. And we’ve seen it. Nonpartisan primaries and nonpartisan redistricting passed through citizens referendum in the states of California and Washington. Ranked-choice voting passed by citizen referendum in the state of Maine. There’s a case going to the United States Supreme Court, which is from my home state of Wisconsin, that will be heard on Oct. 3 that is challenging partisan gerrymandering.

KG: It’s transformational looking at the problem through a new lens…. [Benjamin Franklin] knew a long time ago that it wasn’t a given that this American experiment was going to work and that it was going to endure. When he was leaving the Constitutional Convention, he was reportedly asked: “What have you given us?” And he said; “A Republic, if you can keep it.” And that is the question for us. It’s in danger right now.