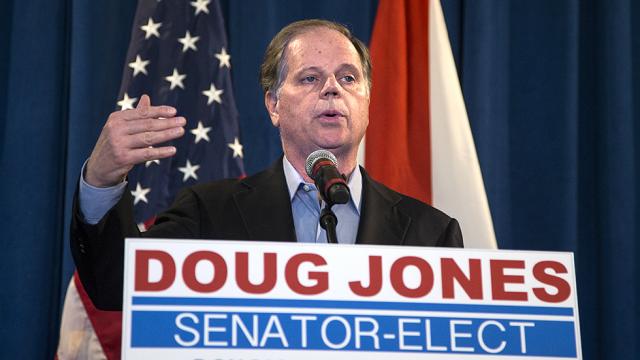 Impact of independents in Alabama shows value of open primaries

Impact of independents in Alabama shows value of open primaries

Doug Jones’s upset victory in Alabama — a state that President Trump won by nearly a 30 point margin only a year ago — was fueled by a perfect storm of voter turnout. And while high participation among African-American voters surely played a significant role in securing Jones the win, a surge of younger and independent voters — who lined up to oppose Roy Moore — was also key to the victory.

Given Jones’s razor-thin margin of victory, he simply could not have won without support from independents and millennials. It’s a historic moment wrapped in irony, as the Democratic National Committee, only days earlier, soundly rejected opening their party to both groups.

The DNC’s Unity Reform Commission — launched in the wake of voter anger and the divisions of the 2016 primary election season — just completed its final meeting and offered a detailed set of recommended changes to the presidential primary process. Completely missing from their recommendations is the one key issue that unites both groups of voters — open primaries.

As the commission voted down any action on open primaries, Our Revolution President Nina Turner, a member of the URC, declared that this decision could come back to haunt the Democratic Party. Given recent events and the massive shift in voter demographics that the country is experiencing, it very well might.

Over 26 million independent voters were locked out of the presidential primaries last year due to restrictive closed primary rules in a number of important states, such as New York, California, Arizona and Florida. This, of course, angered millions of Americans who felt like the primary process is rigged in favor of the establishment nominees. Millennials were particularly outraged.

It’s no secret that both parties have done a poor job of appealing to millennials. A recent poll showed that 71 percent of Millennials believe that we need a third-party alternative to the Democrats and Republicans. Millennials are leaving both parties in droves, as 50 percent are now registered independent — including 59 percent of those under the age of 30.

As Millennial voters start to replace baby boomers as the largest group of voters by age, such a shift will have serious long-term consequences.

And the trend of voters leaving the parties extends far-beyond millennials, as independent voter affiliation is currently at an all-time high — outnumbering both major parties by a wide margin.

Any political party that expects to be competitive in American politics today will need independent voters to win a major election. But to say to them “we need you in the general election but we don’t want you in the primary,” is a losing strategy — especially when the biggest and most diverse generation in our country is opting to go independent at escalating rates.

Alabama has open primaries, so independents got to have a say in the race from the moment it began. That could, in part, explain why so many of them decided to turn out to vote yesterday — because when you actually feel like your voice is heard from the start of a race, you have a greater incentive to vote in the general election.

There are still 25 million independents locked out of the presidential primaries — and even more voters locked out of federal and state primaries. The URC had an opportunity to connect with these voters early in the electoral process, but opted to stick with the status quo instead.

The URC did recommend moving up the change-of-party affiliation deadline in states like New York, where independents have to register as a Democrat six months ahead of a primary in order to participate. However, a voter should not have to register with a party in order to participate in a primary when that voter’s tax-dollars fund the primaries. And many independent voters feel that they are being forced to compromise on their belief system by registering with a party just to vote in a primary.

The Democrats’ victory in Alabama holds many lessons for the future of both parties in our evolving democracy. One thing is certain — there’s still much for them to learn.