In California, open primaries took the 'politics' out of politics - Open Primaries

In California, open primaries took the 'politics' out of politics

In California, open primaries took the 'politics' out of politics 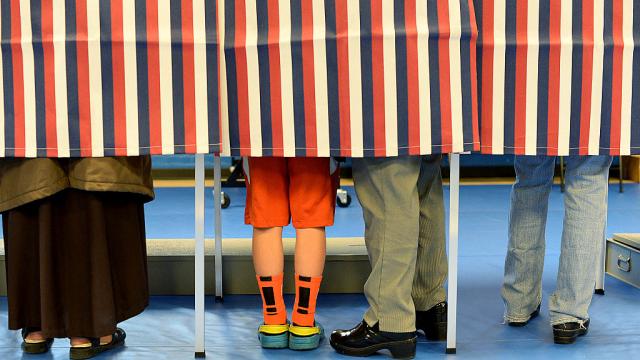 Last month, the California legislature did something unheard of — by Washington, D.C., standards. They came together across party lines to amend and extend sweeping cap and trade emissions legislation. Business, agriculture, labor and environmentalists all had a seat at the table.

By 2030, California’s population is expected to grow by five million people, yet our greenhouse gas emissions will shrink to 40 percent below 1990 levels. In this era of cynicism and gridlock, how is this possible?

The answer may surprise you. It’s not because California is a “blue” state. If that were the reason, New York would be leading the country in legislative innovation, not state house scandals and indictments. Seven years ago, Californians overhauled the political system so that voters have more choices and politicians are incentivized to cooperate and innovate, not grandstand and polemicize.

To get different results, you have to change the structure. California now has a political system that allows the state to address 21st century challenges instead of wallow in 20th century partisanship.

Since Watergate, there has been a great debate about how to fix our broken political system. Most people asked “How do we get the money out of politics?” Californians asked “How do we get the politics out of politics?” Their answer was to enact, via ballot referendum, public open primaries and a public redistricting commission. The political parties still recruit candidates, raise money, and advocate for policy, but they no longer control drawing districts or the primary ballot. The combined results of these reforms has been nothing short of miraculous — for the voters, and for elected officials.

In Washington, D.C., little gets done because most members of Congress represent gerrymandered districts and are elected via a partisan primary controlled by party insiders. They head to D.C. incentivized to cater to tiny groups of voters that support them in the primaries; the only elections that count for most members of Congress.

In California, elected officials face off in fairly drawn districts and compete in public, not partisan, primaries. They go to Sacramento after running campaigns that appeal to diverse constituencies, not just party activists.

Governor Jerry Brown deserves credit for taking advantage of this new system to extend cap and trade. And Governor Arnold Schwarzenegger deserves credit for building the innovative left/right coalition in the 2000’s that helped enact nonpartisan redistricting and create a public open primary. Californians today are reaping the benefits.

In Sacramento, Democratic and Republican legislators can now be seen in public together. They can co-author legislation. In some districts, Republican state senators and Democratic Assembly members have actually campaigned together. There is even a bipartisan Karaoke night for all state legislators!

When complicated, messy, big issues come down the pike — like extending cap and trade — the legislature is able to respond and do the people's business. The voters have taken notice. Approval for the state legislature has gone from 20 percent in 2008 to more than 50 percent today.

The new system creates opportunities for voters to express their political and personal views in new ways as well. Californians have a different experience when they vote in a primary than most Americans. All voters get the same public open primary ballot. It lists all the candidates for each office. California’s 4 million independent voters are now included. And all voters, whether registered in a party or not, have the freedom to vote for whomever they want. That’s exactly what we need in these complicated times, maximum flexibility and voter choice.

Public open primaries are working in California, as well as Nebraska and Washington. Along with nonpartisan redistricting, it’s time to take this practical change and bring it to Congress and other state capitals. Every state — and certainly Congress — would benefit from a system where voters and elected officials are empowered to work together, tackle tough issues, and innovate.

That’s how you get the politics out of politics.

John Opdycke is the president of Open Primaries, a national advocacy organization. Steve Westly runs a large sustainability venture capital firm and served as Controller and CFO of the state of California from 2003 to 2007.

Jeannine Jacobs commented 2017-10-08 12:36:30 -0400 · Flag
There should be a clause, included, where provisional ballots and absentee ballots are counted— before the announcement of a winning candidate or initiative. Another clause might include that parties need to honor the choice of the voters, not implore a candidate to step down, prior to the vote tallies. Finally, a party MUST state at onset of their Primary whether they are appointing a candidate or offering a race. (As we saw with the Sanders-Clinton race, the voters were stripped of their choice, by the DNC power elites co-opting the process, despite language in their charter).