Advocates around the country are weighing in on ballot measures that would drastically change South Dakota's elections, weaken the state’s Republican Party and send a message all over. 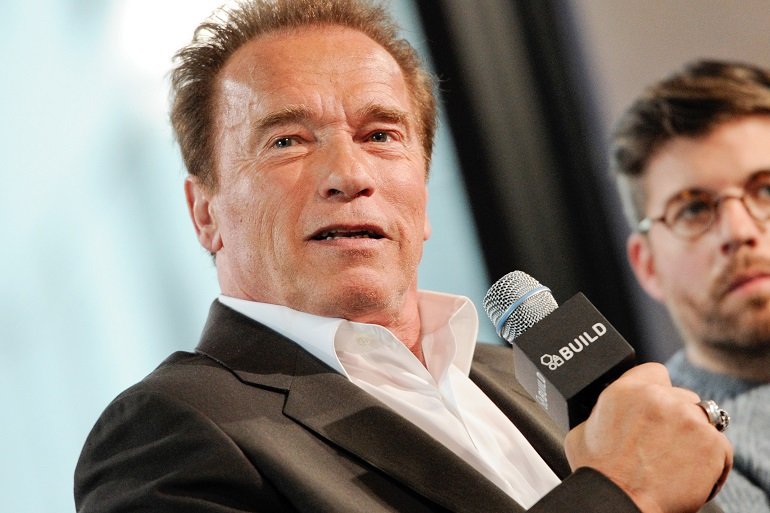 This article was written by Daniel C. Vock for Governing Magazine

Change tends to happen gradually in state government. But South Dakota could see rapid -- and sweeping -- change to its electoral laws next year. That is, if voters there approve a raft of ballot measures in November.

Any one of the changes would be significant; collectively, they would be a game-changer for not just South Dakota but election advocates in other states. The crowded ballot includes three proposals that would change basic elements of elections in South Dakota: the role of political parties, the process for drawing new legislative districts and candidates’ options for funding their campaigns.

Each of the measures would also significantly loosen the tight grip the Republican Party has on elected offices in the state, which has made it difficult for Democrats to achieve much on their agenda, including election reform.

“The Democrats are in such a hole in this state, they really don’t have a lot of options. They’re choosing about the [only] option they have," said John Schaff, a political science professor at Northern State University, "and maybe they could get things passed that would never in a million years pass the legislature."

Taking issues to the voters has served liberal groups in the state well before. Two years ago, they used a ballot measure to boost the state’s minimum wage -- something that the Republican-controlled legislature wouldn't do on its own. As if to underscore the point, the minimum wage is back on the ballot this year because Republican lawmakers tried to exempt teenage workers from the new, higher minimum wage.

Despite the fact that South Dakota is firmly in GOP hands, the majority of voters are registered as either Democrats or independents. Republicans account for 46 percent of voters; Democrats make up 32 percent; and independents are 21 percent. The fractured electorate not only gives left-leaning groups an opportunity to change policies; in many cases, it’s also their justification for why those changes are needed in the first place.

The proponents of the measures aren’t exactly a unified front, but they’re stressing similar themes. They talk about the need to include more people, especially independents, in the political process. They bring up two recent scandals in state government -- both of which led to suicides -- and the ugly pall the presidential race has cast on politics in general.

Republicans, however, see these efforts as out-of-state meddling in South Dakota politics. Would-be reformers have brought in advocates from other states, and all of the electoral changes are taken, more or less, from other states.

Here’s a look at the structural changes South Dakota voters will consider this fall:

Perhaps the most controversial of the measures is one that would make every office in the state non-partisan. With the exception of the presidential ticket, the change would replace partisan primaries with run-off elections where the top two finishers in the first round face off in the general election.

The system is similar to arrangements in California, Louisiana, Nebraska and Washington. In all but Nebraska, though, candidates still run with a party label. South Dakota candidates would not.

Prominent politicians from those states -- including former California Gov. Arnold Schwarzenegger, a Republican, and three lawmakers from Nebraska’s non-partisan legislature -- are pushing for South Dakota to adopt the change.

Rick Knobe, a radio host and former Republican mayor of Sioux Falls who became an independent, is one of the leaders of the effort to support the measure, called Amendment V.

“The reality is that, in our state, there are 110,000 independents who can’t vote in one of the most important elections in our state, and that’s the [closed] Republican primary,” he said. “As an independent, I’m paying for an election with my tax dollars that I can’t vote in. I think that’s unfair.”

For their part, Republicans argue that eliminating party labels would make elections less “transparent." Backers of the measure, however, point out that municipal officials and judges are already elected without party affiliation.

Budmayr from the state GOP also worries that the new system would favor rich candidates.

“Once you hide all the party labels, the whole election could become about who has the highest name ID. And you can buy name ID, " he said. "This has the potential to make this a ‘best-funded candidate wins all the time’ system. It will not be talking about issues and principles and values."

A separate effort, backed by the South Dakota Farmers Union and other groups, would revamp the state’s always controversial once-a-decade process for drawing state legislative districts.

Rather than leave the task to legislators, Amendment T would join the growing number of states that have given the job to a panel made up of Democrats, Republicans and independents who are not elected officials. The proposal would also prevent the panel from considering the party affiliation of voters and location of incumbent lawmakers when drawing new maps.

Thirteen states now have commissions with primary responsibility for drawing state legislative districts, according to the National Conference of State Legislatures (NCSL).

“There is an inherent flaw in the system when legislators are picking out their own legislative districts," said Matt Sibley, one of the organizers for the amendment and a lobbyist for the farmers union. Often as a result of legislative-led redistricting, there are a lot of uncontested legislative races, which Sibley says is “a sign that for one party or the other, individuals in that district feel like they don’t even have a chance.”

The Republican Party objects to the measure in South Dakota, just like the Democratic Party opposed a similar measure in California, because both majority parties stand to lose with the changes.

But Sibley points to a bright spot in Ohio, where voters passed a new redistricting system last year, with broad support from both parties.

The last of the election-related ballot items is a proposed law, now called Initiated Measure 22, that would make several changes surrounding ethics and campaigns.

Rick Weiland, the Democratic operative who unsuccessfully ran for U.S. Senate in 2014, said the ballot measure comes in response to a nationwide survey that found South Dakota has some of the most lax ethics laws in the country. It ranked 47th.

It would restrict campaign contributions, prohibit certain elected officials from lobbying immediately after leaving office and set up an ethics commission to enforce election laws.

But the most controversial portion would give up to $12 million a year from the state treasury to help finance electoral campaigns. Publicly financed campaigns, which are possible in thirteen states, are meant to increase transparency, reduce the influence of money in politics and ensure that people who aren't wealthy can run for office.

Many business groups, such as the state chamber of commerce and farm bureau, are trying to defeat the South Dakota measure. The state’s chapter of Americans for Prosperity, an organization with ties to the billionaire Koch brothers, is also against it.

“Instead of roads, bridges or schools, our tax dollars would help to get politicians elected. Not funny at all!” a narrator warns on one of the ads.

But Weiland, who is backing all three measures, hopes their passage in November would inspire other states to follow suit.