This letter is in response to letter, "Electoral College vital for two-party system."

The Electoral College does indeed perpetuate the two party system. That is not a good thing.

The Electoral College was born of slavery. It was part of the 3/5 compromise and a bicameral Legislature. It was a way for Southern slaveholding states to insure the more populated North did not outlaw the South's "peculiar institution."

This article was written by Reid Wilson for The Hill

Colorado voters will pick their presidential nominees via primaries in 2020 after Gov. John Hickenlooper (D) signed two voter-passed propositions into law on Tuesday.

Voters approved Proposition 107, which eliminates presidential preference caucuses, by a nearly 2-to-1 margin in November. Voters passed Proposition 108, which allows all voters to participate in partisan primary elections, by a similar margin.

The new rules mean all Colorado voters will be allowed to participate in any presidential primary they choose four years from now. Delegates allocated by the primaries will be bound to the winners at national party conventions, under the new state law.

This article was written by Robert Boyd for The Roanoke Times

Based on the outlines of democracy, if you are a citizen you must be able to vote in any presidential or other election. Unfortunately, in the United States, this is not always true. Donald Drumpf has said the presidential election system is rigged. Most newspapers(including the Roanoke Times), TV and other communication outlets have jumped all over this story. They have declared Drumpf unfit for any office, including dog catcher, because such a statement makes the United States look like a banana republic rather than a democracy. Drumpf is right; the political system is rigged, but for reasons different from what the media suggests.

So what is rigged in our presidential voting system? It’s called voter suppression, but not the kind that has been used in Republican-controlled states where laws are passed to make it difficult for minorities, like blacks and Latinos, to even register for voting. No, the suppression I talk about has been going on for many years and is called “closed primaries.”

This editorial was published by TCPalm.com

Harris, Florida's secretary of state at the time, played a controversial role in helping Bush secure the state's 25 electoral votes and capture the White House.

But Harris's legacy in Florida elections isn't limited to the 2000 presidential contest.

In fact, it continues to this day.

One View: Nevada on verge of major election reform

These figures and the continuing trend of voters leaving the major political parties are the result of what Pew Research and other studies show as the most divisive issue in our country, the hyper-partisanship that currently engulfs our political system. In September of this year, Harvard Business School identified our broken political system as the major obstacle to this nation’s economic competitiveness and progress.

This article was written by Open Primaries Spokesperson Dr. Jessie Fields for the Albany Times-Union

At the end of the historic 1965 march from Selma to Montgomery, the Rev. Martin Luther King Jr. spoke about the centrality of the right to vote. He said that the denial of the right to vote is at the very origins of "the root cause of racial segregation in the South."

The quest for a more perfect democracy continues to this day. I believe that the essence of voting rights and the core value of the fight for voting rights, not only for black people but for all people, is that we all must have the right to vote in all phases of the election process regardless of our party affiliation, or lack of one, and that no one should be required to join a political party as a precondition for voting.

This article was written by Jay Newton Small for Vice News

When people have asked me what it’s like to cover Congress, I used to recount a story from July 2006. Republicans were in the waning weeks of the last time they controlled both ends of Pennsylvania Avenue. Congress was about to break for August recess ahead of the midterm elections, in which the GOP would lose both chambers. So, there was a rush to get through as much of George W. Bush’s legacy-building legislation as possible.

On the table were three massive pieces of legislation worth more than $1 trillion combined: a pension reform bill, corporate tax breaks, and the estate tax. Around 2 a.m. one night, the members negotiating the final deal were meeting in the Strom Thurmond Room of the Capitol. The powerful House Ways and Means chairman, Bill Thomas, of California, stood toe-to-toe with Montana Sen. Max Baucus, the top Democrat on the Senate Finance Committee.

This article was written by Tiffany Pennamon for The Ink NYC

Most were disappointed when Judge Arthur Engoron ruled in the hearing at 80 Centre Street that New York’s closed primary system does not violate the state’s constitution.

The ruling dismissed a petition filed by Mark Moody, a lawyer and registered independent voter, on behalf of 3.2 million independent voters who say that they were excluded from voting in the presidential primary on April 19. The lawsuit challenged the legality of the state’s closed primary system, which only allows voters who are registered as Democrat or Republican to vote in primary elections.

This letter to the editor was written by Joe Pickering Jr. for the Bangor Daily News

America is in the political gridlock basket. In September, the Harvard Business School survey on U.S. competitiveness concluded, “It is impossible to solve the issues besetting the U.S. economy and bring prosperity to millions of Americans if the United States remains mired in crippling political gridlock and vicious rhetoric.”

Former Republican Rep. Mickey Edwards believes profoundly restructuring Congress and the American political system is necessary to overcome this. His best-selling book, “ The Parties vs. the People: How to turn Republicans and Democrats into Americans,” is a blueprint on how to do it. One major point from this work is that we need to take away the right of the parties to control access to the ballot. Likening them to warring tribes, his vision goes far beyond centrists and extremists thinking. If anything, this election has taught us that one voter’s centrist is another voter’s extremist. 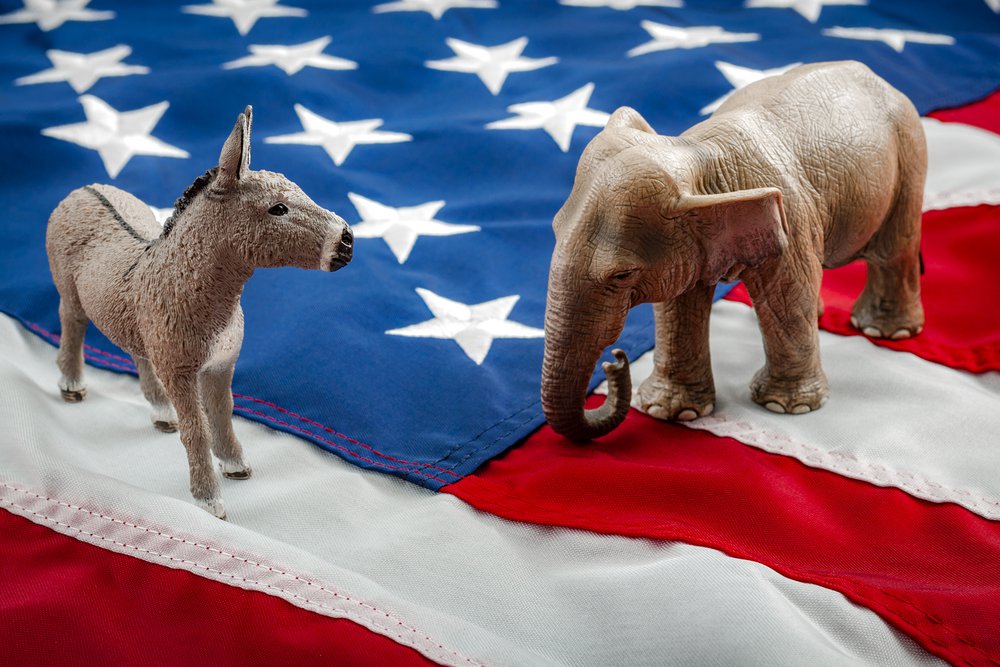 Earlier this week, I was invited to testify at a public hearing sponsored by NYC Votes, a division of the New York City Campaign Finance Board. The hearing was a platform for voters to express their issues with the arcane electoral system in New York State.

As an Open Primaries activist and a Millennial, I was delighted to have this opportunity to express my political inclinations. This is what I said: