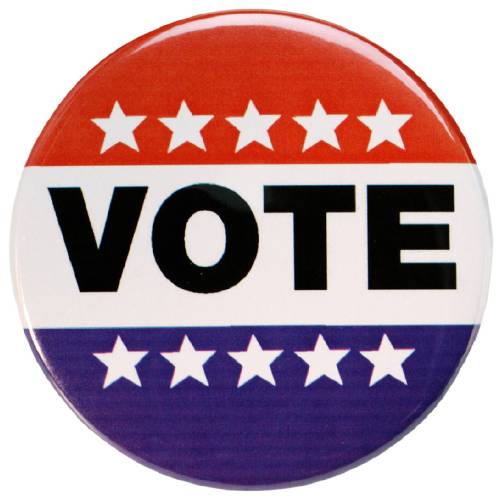 Only a relative handful of Coloradans participated in caucuses this year. The process is complicated and expensive. Many participants complained about it and passed caucus resolutions demanding change.

Propositions 107 and 108 are the answer. They would modernize our system, initiating a more democratic process for choosing presidential and down-ballot candidates.

Prop 107 would restore Colorado's presidential primary, making our state important during primary season. It would take an insider's game, in which small numbers of partisans choose electors to the national conventions, and allow all Republicans, Democrats and unaffiliated voters to participate in choosing presidential nominees.

Prop 108 would open all primaries to the state's 1.3 million unaffiliated voters.

The Harvard Business School published its annual look at U.S. economic competitiveness this month and delivered a surprising finding: The biggest drag on the American economy is not an economic problem but a political one.

After reviewing the now-familiar litany of factors restraining more robust economic growth — an eroding business environment, pervasive economic pessimism among many American workers, and median real household income that remains below levels seen at the end of the 20th century — the authors blamed a dysfunctional political system for our inability to address critical needs such as tax reform, immigration reform and rebuilding our infrastructure.

A key to this dysfunction is the stranglehold the two major parties have on the national debate. Appealing to their respective ideological bases and special interest groups, Democrats and Republicans are now virtually incapable of reaching compromise solutions for the good of the country.

Time for ‘the Nebraska experiment’ to go nationwide

The author, who grew up in Pender, Nebraska, is former chief of staff for U.S. Sen. Tim Johnson, D-S.D., and co-founder of TakeItBack.Org.

Politics in America is broken — but Nebraska has a remarkably innovative way to fix it.

There is no perfect solution, of course — democracy is inherently messy — but Nebraskans provided an effective remedy when, in 1934, they passed the very consequential ballot initiative that, among other things, eliminated partisan elections for its Legislature. The favorable result of “the Nebraska experiment,” as it’s been called, has been evident for quite some time, and it’s a solution that other states — and Congress itself — would be wise to copy.

One of the principal benefits of its passage was that it eliminated political parties’ ability to divide the Nebraska Legislature into two formal warring factions, a characteristic that sets it apart from every other state legislative body in America and from the Congress of the United States.

This article was written by Joe Kirby for The Hill

I am a fourth generation descendant of a combative frontier lawyer who helped establish much of the early law in our state. When he encountered something that didn’t make sense to him, he challenged it. Perhaps a bit of him lives on in me. When I see something important that is obviously broken, I am inclined to do something about it. That’s why I have joined a group of South Dakota Republicans, Democrats and independents that is working to change the way we select people to serve the public.

This year especially, most people seem to recognize that something is seriously wrong with our system for electing public officials. Perhaps it is caused by all the money being poured into politics from special interest groups. Or perhaps it is simply partisanship gone wild. No matter the cause, the political system seems broken nationally, and in my state. However, recently I learned there is a good alternative for both my state, and the nation. Non-partisan elections could change the way politics works by increasing voter interest and participation with the promise of more moderate elected officials.

Sen. Mike Rounds and the South Dakota Chamber of Commerce and Industry are joining a coalition to oppose a constitutional amendment that, if approved, would establish non-partisan primary elections in South Dakota.

The chamber, one of the state’s heavyweight political organizations, joins a coalition that already includes the Farm Bureau and the South Dakota Association of Cooperatives. Rounds, meanwhile, joins Gov. Dennis Daugaard, Sen. John Thune and Rep. Kristi Noem – all Republicans – in opposition to Amendment V.

On the other side, AARP South Dakota and the League of Women Voters of South Dakota have endorsed Amendment V.

This article was written by Michael Pope for WVTF Radio

This year, only one congressional race in Virginia is competitive. That means almost all the members of Virginia’s congressional delegation are in totally safe seats. During the General Assembly election last year, NONE of the incumbents lost their seats. Now, one member of the House of Delegates says it’s time to introduce some more competition into the process.

Delegate Sam Rasoul, a Democrat from Roanoke, says voters deserve more of a choice than they’re getting now. He says he’s tired of seeing election after election where the only real challenge comes in a low-turnout primary.

“The system is broken today where really most of us are only worried about our primary challengers. So when you go into a top-two system, now we get to focus more on the general electorate."

COLORADO PRIMARY REFORM: THE FIX IS IN

The deeply flawed 2016 presidential primaries are over. But the work to improve them has just begun.

Ground zero is in Colorado. A diverse group of business leaders, led by DaVita CEO Kent Thiry, have come together to place two referendum on the 2016 ballot.

Rasoul and Gruber column: Look to Nebraska: People over partisanship

The great experiment that is our democracy is faltering. A flawed presidential primary season has led to a general election season that only continues to perpetuate the very worst of political instincts. Meanwhile, Congress and many of our state legislatures remain mired in gridlock. Our elected representatives, most of whom originally ran for office to improve their communities, find themselves forced into partisan arenas. Experts, and even many reformers, are pointing the finger at the American people as the cause — that somehow we’ve become less civil, more polarized, less able to come together as Americans.

Get a diverse group of Americans together in one’s living room today and more often than not, engaging conversations develop and points of connection emerge. Honest disagreements don’t prevent cooperation and inclusion. Why has that stopped happening in the halls of our government?

The Colorado Legislative Council’s maneuver to rewrite the Blue Book’s information on Initiatives 98 and 140 was shocking and, we believe, contrary to the commitment to level playing fields and freedom of expression which are central to Colorado values.

Since the voter guide offers descriptions of the ballot questions, it is obviously crucial that the descriptions be crafted in a nonpartisan manner. The original language proposed by the council staff was fair, factual and understandable to voters. The new language gives a highly partisan, biased and misleading description of the measures. Put simply, Initiative 98 allows unaffiliated voters to participate in state and local political party primaries by assuring their receipt of mail ballots, currently guaranteed only to Republicans and Democrats. Initiative 140 establishes presidential primaries that are open to all voters. Both measures would allow the more than 1 million unaffiliated voters in Colorado — nearly 38 percent of the electorate—to fully participate in the democratic process.

This article was written by Carmen Forman for The Roanoke Times

Following a year in which all 122 incumbent Virginia legislators who ran for re-election won their races, Del. Sam Rasoul, D-Roanoke, has introduced a constitutional amendment to institute top-two primaries in which all candidates, regardless of party, appear on the same ballot.

Rasoul, who introduced similar legislation last year, hopes to limit the influence of political parties in primaries by combining all candidates for a specific state office to one ballot, and then the top-two vote-getters would advance to the general election.

“We want to ensure that we have a much more democratic process,” Rasoul said. “And this would have more competitive elections, but more importantly, would encourage legislators to listen to the majority of their constituents as opposed to the liberal and conservative fringes.”