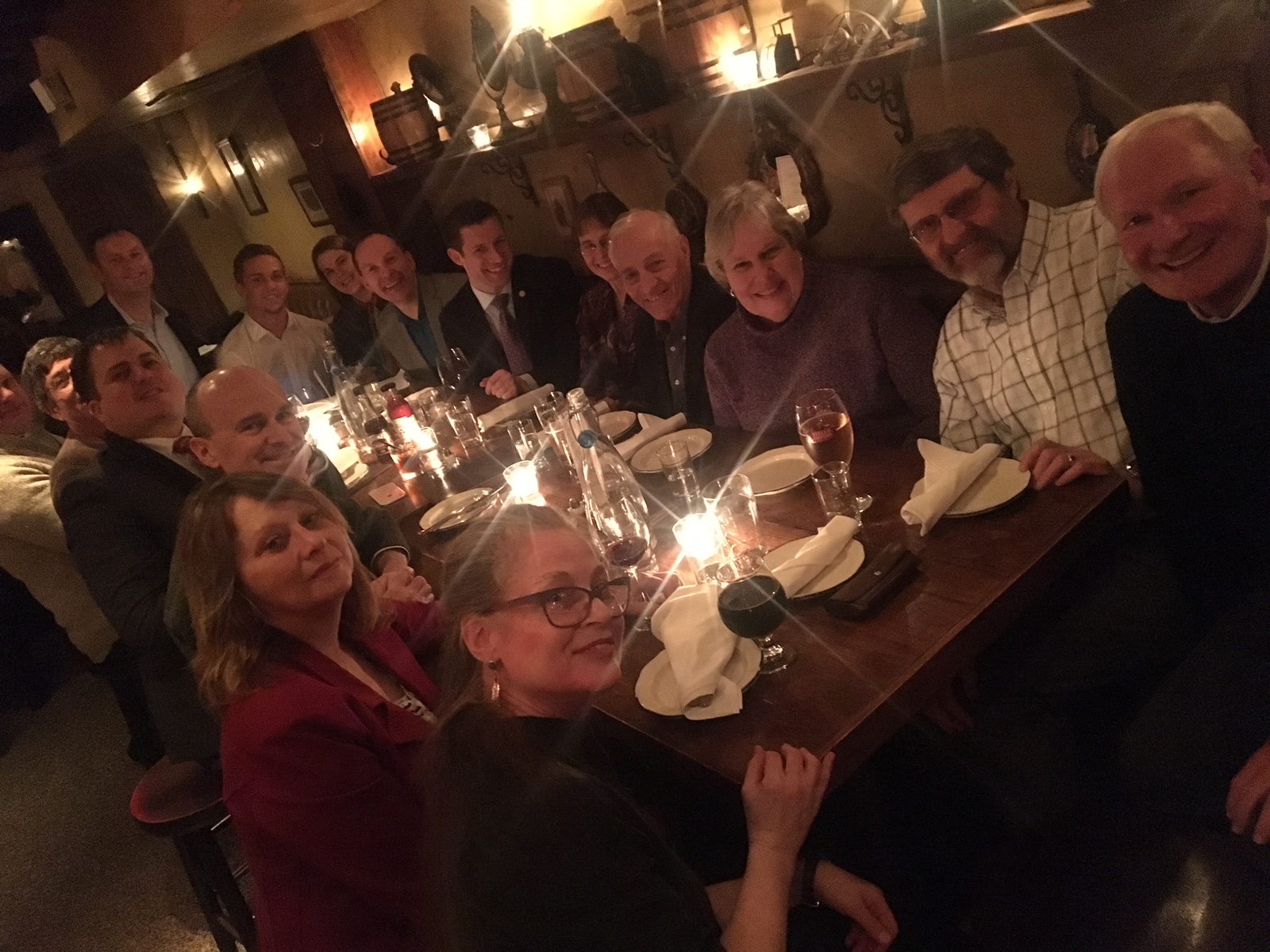 Open Primaries leaders from 8 states attended the Conference to discuss the future of the movement and to learn a thing or two about organizing from another. All in all, Open Primaries leaders from Arizona, New Mexico, South Dakota, Nebraska, Nevada, New York, Colorado, and Maine were present at the Conference, and even had a chance to share a meal and discuss the movement at-large.

Never before had such a diverse range of Open Primaries activists gathered in one place.

You can read about their experiences at the Conference, as well as those of OP staff members, below:

“Nothing charges a grassroots activist up like being with other like-minded people, especially when many of us are used to being the outsider. The 2016 election cycle in many ways vindicated all of our work and effort and the presentations reinforced that we are at the vanguard of political thought. Many of us toil in isolation so never underestimate the power of networking. I learned and I taught. We all did.” 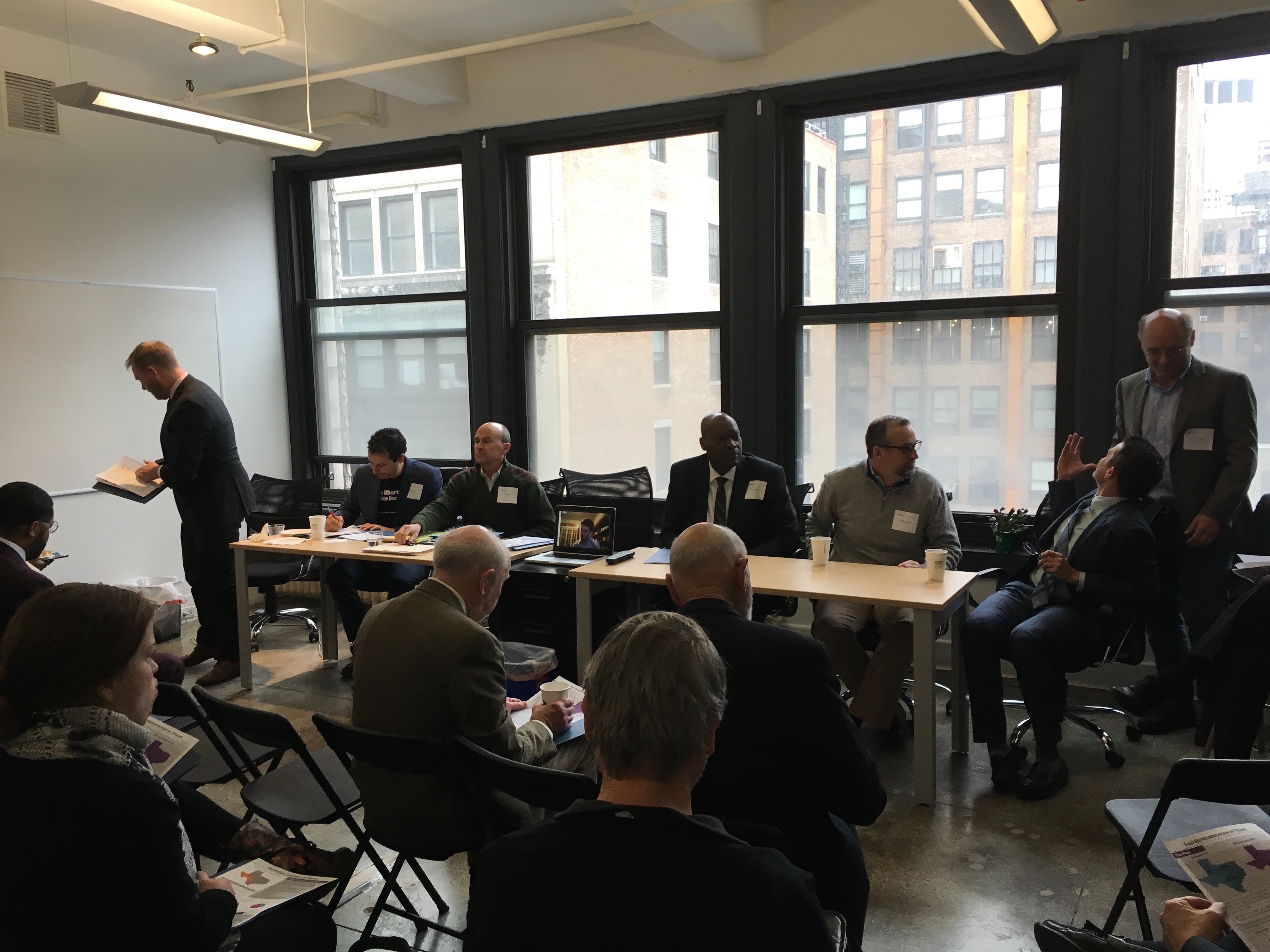 Bob Perls speaking on a panel at the Open Primaries office.

I am a registered Democrat who recently attended the Independent Voters Conference in NYC. As a partisan, I was amazed to learn that approximately 40% of the voters nationwide are registered as Independents. Through my work on SD's 2016 nonpartisan primary initiative with my friends at Open Primaries, I am convinced that opening our primaries to all voters is one of the healthiest changes we can make in our political system. The Independent voices and their mobilization to challenge and change the political structures that are failing our country is crucial.

The biggest take away for me was the expression of a willingness by various groups to work together towards the common goal. Whether the preferred method is top-two, ranked choice voting, or something else, the idea that if we work together we can accomplish a lot more was stated more than once. It has been my perception that this thought was not always the case and it is a welcome and needed change.

Having attended the last Independent Voting Conference, in 2015, it’s clear to me that our movement has made light years of progress in two short years.

The 2016 presidential campaign exposed many of the flaws in our electoral system, so much so that even "nonpolitical people" who could no longer ignore them. The conference came at an opportune time, as we, the American people, are at a crossroads; and only we can take the necessary steps to repair and refuel our democracy.

The National Conference of Independents serves as a thoughtful space for our movement to cultivate and grow, as it brings together veteran activists, new grassroots supporters, and everyone inbetween. I left the conference energized and ready to dig in and do the hard work to make meaningful change.

The most important takeaway from the conference for me was this: There is no one way to move forward; there is no one reform, no one candidate, no one party that can magically fix our politics. We, as activists, and as Americans, must disrupt the failed status quo of a two-party, partisan system, in the hopes that a new space will grow for the American people to empower each other and get back to a functioning level of self-governance. This is not a movement of "getting back to the good old days;" this is a movement of charting new terrain, because the consequences of inaction are too great to risk at this political crossroads.

For me, one of the best parts of the conference weekend was getting a chance to meet activists from all over the country who I've developed relationships with over the last few years. Being in the same room and getting to have in-person, extended talks about the work is so valuable. Something else that I felt like was pretty significant was that during the Saturday conference I ran into two people from my life that I had no idea were planning on coming. I asked them what brought them to the conference and they mentioned how frustrated they felt during the past year and they were looking to find something that was different from the bullshit they've always heard. They were really impressed and inspired by the wide spectrum and diversity of speakers. One person said that this day had given them "more hope" than anything they've seen or heard in years.

As an intern for Open Primaries, I felt I had the most to learn, of anyone, about the key parts of the independent voter and open primaries movement by attending the Independent Voting Conference. I have only been involved in the independent movement for two months, yet, the conference engaged me just as much as it engaged the key players of the movement.

This was my first experience at a nonpartisan political event, so it was fascinating to see Hillary supporters, Bernie supporters, Trump supporters, and third-party members come together and discuss ideas that permeated all schools of thought. The one defining principle of the Conference, was combatting the idea that the 44% of Americans who are independents are “not important,” as the major parties might have you believe.

Conference participants attacked this argument from all sides. Chad Peace spoke about legal cases he had taken to court regarding closed primaries. From a civil rights perspective, Dr. Lenora Fulani spoke about how the civil rights angle of closed primaries, and how historically the political establishment has found ways to shut out those that threatened them. Open Primaries President John Opdycke spoke about the campaigns that the movement has undergone in recent years.

Every independent has different perspectives on policies, yet they can all agree on one thing: We need to do is to open the primaries and hope it will allow for new candidates that have new perspectives and ideas to enter office. To me, this was refreshing and hopeful. I was not given the “correct answers” or canned responses that so many Democrats and Republicans give when asked a question. At the Conference, I was given a pathway that will not only allow my voice to be heard, but will allow for more opinions to be considered nationally.