Independents paying for elections they can't vote in, but Amendment V would change that - Open Primaries

Independents paying for elections they can't vote in, but Amendment V would change that 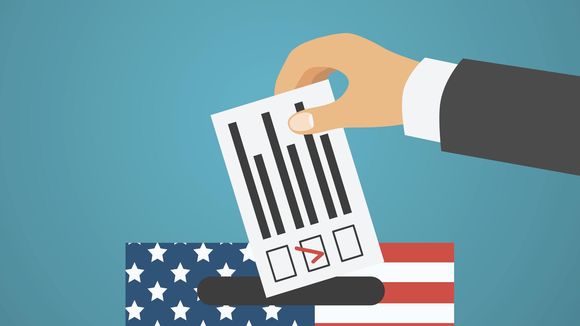 The number of independent voters in South Dakota is up sharply for this year’s election, and it’s a pool of voters that supporters of Amendment V hope will deliver victory in next week’s election.

Between 2006 and 2016, the number of registered independents went from 74,608 to 118,639, according to Secretary of State Shantel Krebs’ office. A key argument advanced by backers of Amendment V is that independent voters are treated unfairly by the way the state currently conducts elections.

If it passes, Amendment V would eliminate political party affiliations from election ballots in county, state and federal races. Voters would not have information on the ballot to know if they are voting for a Democrat, Republican, independent, or any other party.

It would also replace the way the state holds primary elections. Currently, Republicans and Democrats hold a primary election in June to select candidates for the general election. After the 2008 presidential primary, Democrats decided to allow independents to participate in their primary, but the Republican primary is only open to registered Republicans. Amendment V would create an open primary where all candidates would compete against each other, with the top winners proceeding to the general election. Any registered voter could participate in the open primary.

In a state dominated by the GOP, Amendment V backers say the current system is unfair to registered independents. Many races, particularly for state Legislature, are decided in the Republican primary because Democrats fail to run candidates in the general election. It means independents often don’t get to weigh in on the makeup of the Legislature, Amendment V supporter Joe Kirby said.

Kirby said the current system is unequitable to independents, because they can’t fully participate in the state’s election process.

“You’re talking about a constitutional right to vote,” he said.

It’s even more galling for independents because their taxes are used to pay for the primary elections that they are unable to participate in, he added.

The costs associated with primary elections are handled mainly by county governments, said Jason Williams, a spokesman for Krebs.

In Minnehaha County, the state’s largest, this year’s primary election cost the county $52,516, Auditor Bob Litz said. The primaries are less expensive, he added, because there are fewer personnel costs and ballots to print – a reflection of the fact that fewer people participate in primaries.

Will Mortenson, the chairman of Vote No on V, dismissed the concern of independents paying for partisan primaries. Republican taxpayers in a heavily Republican state also help pay for the Democratic primary.

It’s also not unusual for government taxes to be used for specific groups, he added, citing K-12 education and college as two examples.

“This is not an uncommon thing conceptually,” he said.

Amendment V is one of 10 ballot issues on this year’s ballot. If it passes, it would take effect in time for the 2018 election when the state will elect a new governor.