It is time for New Mexico elections to change - Open Primaries

It is time for New Mexico elections to change

This article was written by Abraham Sanchez for New Mexico Politics 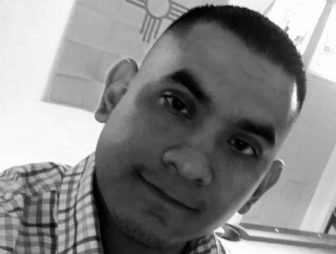 The height of political fragility will be on display again in June of 2018. Major political parties will parade around our state eagerly awaiting the outcome of their primary elections. While almost a quarter of the voters who bear the cost of this election are not allowed to vote in it, political parties will suggest this effectively decides who our candidates should be in the general election.

Again we’ve seen our New Mexico Legislature miss vital opportunities to change the way we conduct elections in our state. In this year’s session, important measures to remedy our broken elections were ignored and dismissed.

Opening closed primary elections to all New Mexico voters was rejected. Then, legislation to increase the amount of time people have to register to vote was discarded. We saw nothing come of attempts to change our legislative re-districting process. We have failed to take a serious look at the unreasonable requirements for independent and minor party candidates to run for office.

All these legislative failures then culminated in the governor’s foolish veto of bipartisan legislation to consolidate local elections.

It is demoralizing to see leaders squander opportunities to reach more people. Unfortunately, this is understandable. For ineffective elected officials who prefer fewer voters, any lack of security in their ideas or skill-sets will lead them to oppose an increase in voter participation. It is shameful to see them value their own re-elections more than the principles this country is founded on.

For elected officials who don’t believe in encouraging voter participation, it is political cowardice to celebrate victories where so many voters are left out of the process.

There is a way for people in this state to begin undermining the division, corruption and weakness in our government. No matter the concern we can have with an elected official, none are more adequately addressed than at the place these shortcomings are designed to be confronted — the elections that got them there.

I ask us to engage in a critical conversation about our elections in New Mexico. Democracy is not only an idea worth valuing; it is to be understood as organic and in need of maintenance. The processes laid out in the New Mexico Election Code were not meant to be democratic time capsules, but rather blueprints for the continued maintenance of our democracy through legislative wisdom and reform.

Talk with your elected officials about our elections. Reach out to your state representatives and senators, or even your city councilors and county commissioners. Get to know your county clerk’s office and ask all these leaders to support increasing the number of people voting.

Also, find out who your candidates for elected offices are and ask them if they’re serious about changing the way we do elections. Any politician worth the name on the signs they flood our communities with should be willing to have a real exchange of ideas and welcome the participation of as many voters as possible.

As we engage in this conversation about elections, it is vitally important that we then transfer our civic power and responsibility to serious consequences for candidates hostile to participation in our government. We should be ready to reject, in word and vote, candidates not willing to encourage the participation of the people.

It is time we make it the state’s responsibility to provide the support to register everyone to vote as easily as possible. It is time we change the ridiculous signature requirements it takes to get independent and minor party candidates on the ballot. It is time we stop allowing legislators to decide who the voters are in their gerrymandered districts. It is time we fix our inefficient and confusing system of unconsolidated elections.Finally, it is time we either stop paying the bills for major party primary elections or stop shutting out a growing number of the voters who pay for them.

As we continue this important conversation about our democracy and heavily scrutinize leaders unwilling to support more voters in elections, we will begin to see a government by the people and for the people. If we can stop allowing ineffective leaders to rely on broken and outdated election codes, we can build a New Mexico government for today, and a government that embraces as many voices as possible.

Abraham Sanchez was born and raised in Las Cruces. He is on the board of the nonprofit New Mexico Open Primaries and serves as the southern New Mexico coordinator. He is employed by the Doña Ana County Clerk’s office with the Bureau of Elections and is a member of the Doña Ana County Election Advisory Council. Agree with his opinion? Disagree? NMPolitics.net welcomes your views. Learn about submitting your own commentary here.