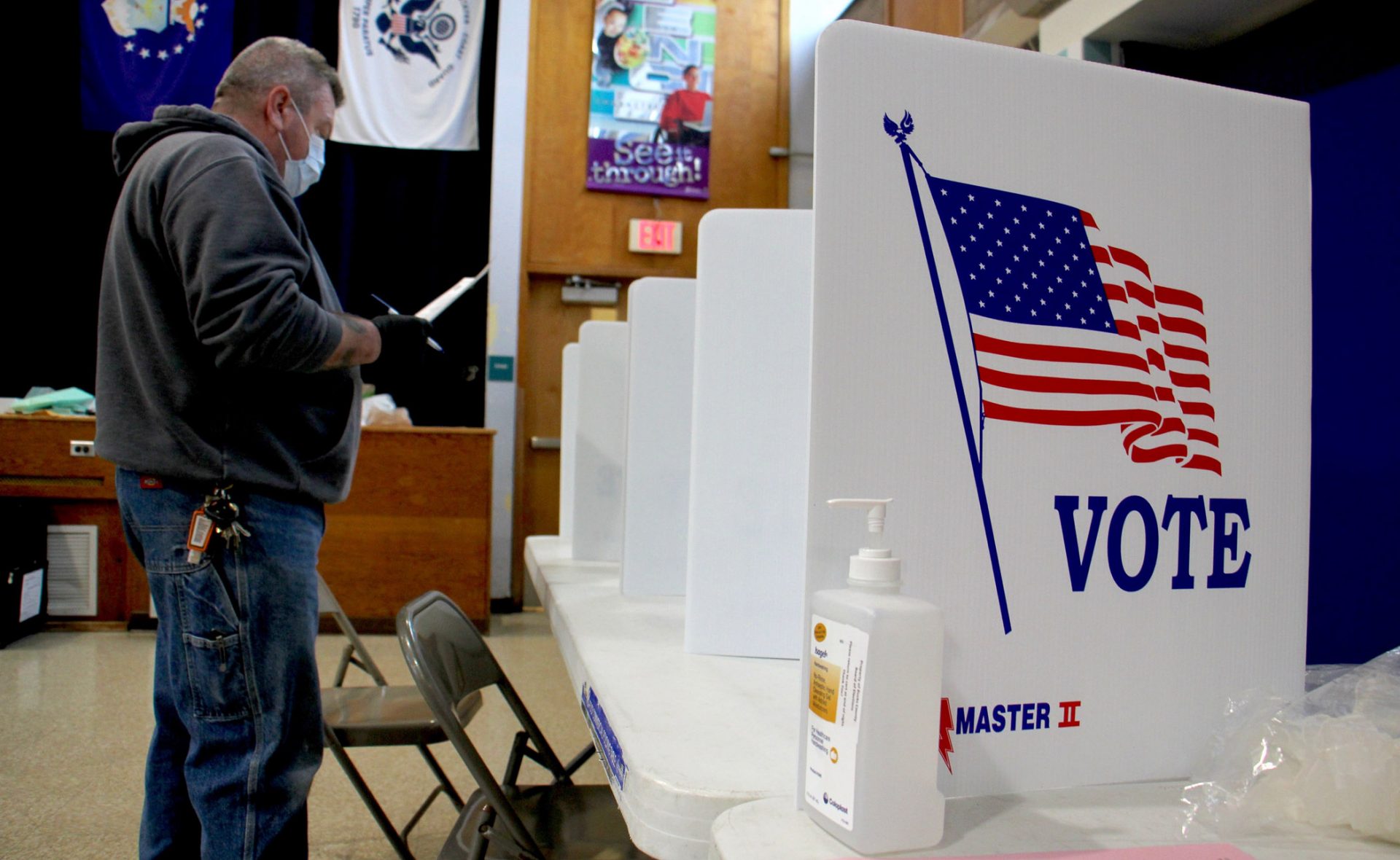 As voters head to the polls Tuesday, state Sen. Dan Laughlin, a prospective Republican gubernatorial candidate, will reintroduce legislation that would allow independents to weigh in on partisan nominating contests.

Laughlin, of Erie, said Senate Bill 690 would give roughly a million unaffiliated Pennsylvania voters the option of choosing a Democratic or Republican ballot during spring primaries. A similar bill was introduced by former Senate President Pro Tempore Joe Scarnati in early 2019. It was approved by an overwhelming 42-8 vote in the Senate that spring, but it never made it into a package of election reforms signed into law that fall.

Independents would not become registered with the party whose ballot they choose if they vote in a primary, as is the case in some states with open primaries, like Ohio. The legislation would not apply to voters registered with a minor, third-party.

The goal, Laughlin said, is to increase participation in the state's primary system and produce better candidates from both parties.

"Some of the hardcore party folks obviously don't like this, but from my standpoint, I think it's a good thing to encourage people to participate in the voting process," he said. "And I think to exclude the voice of roughly a million Pennsylvania voters during the primary is preventing, at least occasionally, a better candidate from making it into the fall election."

Laughlin thinks this initiative will help more mainstream candidates have a voice in the primaries.

"One of the hopes that I have, if we can get this bill done, is it will moderate our primaries at least a little bit, instead of having folks from either party, the Republicans or Democrats, putting up their most extreme candidates."

Independent and voters registered with a third party have not been able to participate in the partisan primaries under Pennsylvania's closed primary system, with the exception of voting on issues, such as the four questions that will be on Tuesday's ballot.

Laughlin, who represents the 49th District, was once an independent himself, he said, but registered with the GOP so he could vote in primaries.

Though Laughlin's support for open primaries predates his exploring a bid for governor, the legislation could be beneficial to him if he runs in 2022.

"There's not a candidate that's considering running for the governor spot that truly represents the independents, except for me, and there's over a million of them," he said. "I think that gives me a little bit of an advantage if I do run."

Gov. Tom Wolf will be term-limited at the end of 2022 and can't seek reelection.

Laughlin on Monday said he hopes to make a decision about running for governor by the end of the year. He plans to continue to discuss a potential bid with supporters and Republican officials and is at the outset of fundraising efforts.

On Monday, a second Republican announced he is officially entering the race: Lou Barletta, a former four-term U.S. congressman and mayor of Hazleton. Barletta, who ran a failed bid for U.S. Senate in 2018, joins Montgomery County Commissioner Joe Gale in officially declaring a gubernatorial bid. Barletta's entry into the race won't have an impact on Laughlin's decision, he said.

"The more the merrier on the right side of our party makes it better for me because I, as far as I know, have a clear path in the middle," Laughlin, 59, said. "I consider myself to be a centrist. From the names I've seen bandied about so far, I have that lane all to myself if I run.

"I need to see the name list firmed up for who's running or not," he said. "I've said it before: If there's a centrist candidate that I think would do a better job in the general election than myself, then I would support that person. I consider this almost my duty to provide an option to our primary voters. For someone that's not just at the right fringe of our party, I think it's important for the primary voters to have a choice. I'm looking to provide that."

Laughlin won reelection to a second, four-year term in the Pennsylvania Senate in 2020.