This article was written by Tia Mitchell for Jacksonville.com 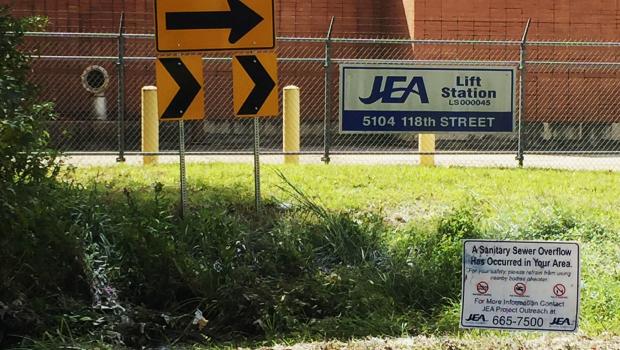 TALLAHASSEE | When it comes to the legislative session that begins Tuesday, what is important in Northeast Florida often mirrors statewide priorities but with a local twist.

For example, the expansion of gambling in Florida is a high-profile topic that will need to be addressed because the state’s compact with the Seminole Indians is expiring. The Senate bill also authorizes slots in counties where voters approved referenda, including Duval, the House bill does not.

“Bestbet is hopeful that the Legislature will work to protect the jobs and economic development that have come from this successful, well-run gaming entertainment company,” company spokesman Brian Hughes said in a statement. “As that relates to adding slot machine games, the voters in Duval County clearly voiced their support.”

Sen. Rob Bradley, R-Fleming Island, and Rep. Bobby Payne, R-Palatka, are sponsoring legislation that would set aside $35 million each year solely for conservation projects that benefit the St. Johns River and its tributaries as well as springs in the Keystone Heights area.

The money would come from the Land Acquisition Trust Fund, a pot of cash created when voters approved Amendment 1 in 2014. The conversation about water conservation dollars is currently focused on Lake Okeechobee farther south, so there is no certainty that money for the St. Johns will be approved.

Other proposals would have the same effect statewide, but have an undeniable resonance in Northeast Florida. Among them is a new pollution-notification rules up for debate after several high-profile incidents, including the release of millions of gallons of sewage into local waterways after Hurricane Matthew.

Jacksonville mother Marissa Alexander, whose self-defense claims were rejected by the courts after she shot at her estranged husband, has become a high-profile supporter of Bradley’s “Stand Your Ground” bill. It would put the burden of proof on prosecutors to disprove claims of self-defense during immunity hearings. Lucia McBath, whose son Jordan Davis was killed in what is known as the “loud music” case, opposes the bill. Her son’s murderer was convicted after initially claiming self-defense.

Sen. Audrey Gibson and Rep. Tracie Davis, both Jacksonville Democrats, filed bills that would create open primaries for state attorney and public defender races. The catalyst: thousands of voters in Duval, Clay and Nassau counties who did not get to participate in the recent elections for both offices after write-in candidates closed primaries in the Fourth Judicial Circuit. The open primaries bills haven’t received any airtime yet, a possible indication that legislators in other parts of the state aren’t as passionate about making this change.

Duval Schools Superintendent Nikolai Vitti is keeping tabs on a proposal that would require local school boards to share property tax revenue with privately run charter schools. That plan is being linked to a separate initiative that would allow school boards flexibility to increase the millage rate to offset this new requirement.

Vitti said he isn’t against the charter school proposal, but wants to make sure for-profit charter school companies aren’t able to build, own and later sell buildings paid for with public funds.

“I just feel like the language is too vague, and we have the opportunity for private interests to benefit from taxpayer dollars in a profiteering way that has nothing to do with the education of our children,” Vitti said.

On the health care front, hospitals are worried that the Legislature will reduce a budget that shares the amount of Medicaid funding they receive to treat low-income or uninsured patients. In recent years, safety-net hospitals like University of Florida Health Jacksonville have mostly avoided steep reductions.

Gov. Rick Scott’s 2017-2018 budget proposal kept safety nets whole but slashed the money that goes to other non-profit hospitals like Baptist Medical Center in Jacksonville and the Mayo Clinic.

Baptist Health administrators declined an interview request, saying they are taking a wait-and-see approach to the budget debate. Tony Carvalho, president of the Safety Net Hospital Alliance of Florida, said any funding cuts that affect hospital that don’t have a sizeable profit margin like UF Health Jacksonville could be devastating because Medicaid reimbursements already don’t cover actual costs.

“We are losing money on every patient that we see,” he said. “We believe that it would be disastrous to cut that even further.”