This article was written by Chris Satullo for Philly.com 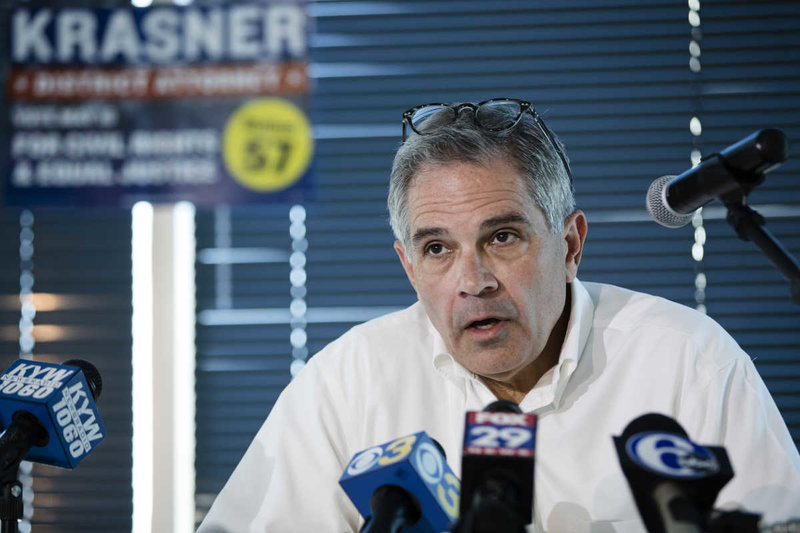 Would you pay happily for a product that offers skimpy choices and spotty performance, one you suspect is a culprit behind societal trends that dismay you?

Then please explain why our tax dollars continue to flow, without public debate, to pay for the primary elections staged in Pennsylvania by the Democratic and Republican parties.

If these organizations were hawking consumer products, rather than just politicians with a penchant for mediocrity and corruption, both would have gone out of business in Philadelphia long ago.

So why do we, the taxpayers and voters, go on subsidizing their closed primary elections? Why do we prop up partisan machines that so often give us unappetizing choices, leaving us with state and local governments prone to gridlock, bad policy, larceny, and the squelching of innovation?

Why put up with this archaic nonsense, when solutions exist? Not dreamscape solutions impossible in gritty cities like ours. Solutions that are being put to encouraging use from sea to shining sea.

Solutions such as open primaries.

Well, let's first define its opposite i.e. what Philly has now. In closed primaries like ours, only those voters registered ahead of time to a party can vote in that party's primary - which creates its slate for the fall general election.

In Philly, it's axiomatic that, in most races, the Democratic primary in May is the actual election. Why? Because Philly's registered voters skew Democratic by about a 7 to 1 ratio. A lot of those registered Democrats aren't thrilled with how the party behaves in their city, but they sign up as Democrats just to have a say on the only ballot that really matters. I know at least one person for whom that's true (looks in mirror).

Significantly, the number of independent and third-party voters in the city has soared, in lockstep with the influx of millennials. That number now is around 124,000, up about 150 percent over the last 20 years.

Many of these millennials are civically engaged, eager to help build a new future for their adopted city. But closed primaries shut many out of a meaningful say in city and state legislative elections, only fueling their troubling sense that politics is rigged and government is clueless.

That's in part why we get so much of the mediocre-to-pathetic same-old-same-old on Democratic ballots, and so much "Who's that and what have they ever done?" from the city's moribund Republican apparatus. The demanding voice of newer residents, who don't care to learn the "Philly shrug," is not a factor incumbents need fear in most city primaries.

Now, it's true that the just-concluded primaries for city district attorney weren't the same-old same-old. An outsider with a distinct agenda won - and the crowded race was notably free of the usual, tired law-and-order tropes.

So . . . yay. But Democratic nominee and presumptive fall winner Larry Krasner still got only 58,000 votes, compared to a million registered voters in the city.

Is that really how we should do things? No.

Open primaries are a better way. So, what are they?

First, they are emphatically not what veteran pols in the city mean when they use the term. All those words mean to them is a closed primary where the party machine has not endorsed a particular candidate. No, no, no.

Real open primaries come in two flavors. In the more limited variation, mixed primaries, parties still hold the elections, but independents can choose on election day in which primary to vote. So independents at least have a voice in choosing party nominees for the fall, which could give moderate and outsider candidates a better chance.

In a true, fully open primary, all parties' candidates are on the ballot and any registered voter can take part.

The open primary sifts the field to reveal the two most popular candidates, regardless of party. Those two then face off in the fall general election.

Open primaries are not some crazed socialist plot from Europe. Of these United States, fully 40 have some form of open primary for Congress and state offices, according to the nonprofit OpenPrimaries, the leading national advocate. Two, California and Washington, have the fully open, nonpartisan primary, with a two-person runoff in the fall.

So, Pennsylvania is one of only 10 states stuck in the electoral dark ages.

When you do that, says John Opdycke, the group's president, you "break through the left-right paradigm. . . . You end a system where a 5 percent sliver of the electorate chooses a vast majority of Congress and state legislatures, incentivizing them to be as partisan as possible."

Still, open primaries are not a cure-all. Louisiana has a version of the two-person runoff - and its annals of corruption could fill a wing of the Library of Congress.

But Pennsylvania's primary system, combined with other evils such as gerrymandering, is clearly implicated in the plague of nasty partisan gridlock.

Now, I don't expect Harrisburg pols to change a system that so benefits them anytime soon.

But would the capital's Republican mahoffs, who so hate Philly's Democratic machine, be open to this notion: How about trying open primaries exclusively in "cities of the first class" i.e. only in Philadelphia?

Maybe it's time to find out.