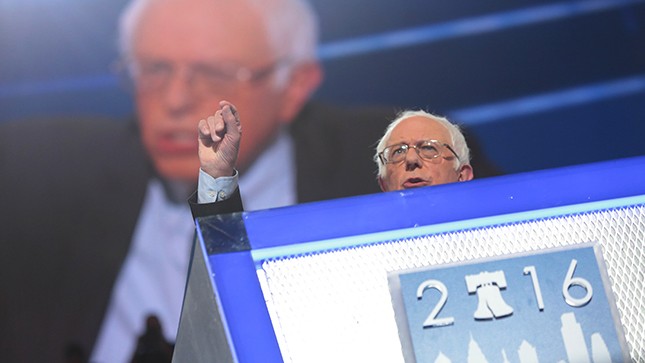 On December 6th, at 3:30 pm, there will be a hearing before the New York State Supreme Court challenging the legality of New York's closed primary system.

We are calling on Senator Bernie Sanders (I) to attend the hearing, and draw more support to this landmark trial. Senator Sanders is a known champion of open primaries, and we are asking for him to stand up once again -- as he did on the day of New York's closed presidential primary, in April -- and call for the enfranchisement of the 3.2 million New Yorkers who are locked out of their electoral system.

Read the letter below and sign your name in support of it. And please attend the hearing if you can: December 6th, 3:30 pm. Judge Engoron's courtroom. 80 Centre Street, Room 328.

On the morning of New York’s 2016 presidential primary you stood with New Yorkers and declared:

“Today, 3 million people in the state of New York who are independents have lost their right to vote in the Democratic or Republican primary. That’s wrong. You’re paying for this election. It’s administered by the state. You have a right to vote. And that’s a very unfortunate thing, which I hope will change in the future.”

Independent voters in the Empire State have been working to open the primaries since 2002 and your public support for our enfranchisement was very meaningful.

One of the three million is Mark Moody, an attorney and a registered independent who wanted to vote for you but couldn't. He brought a lawsuit in N.Y State Supreme Court challenging New York’s closed primaries as unconstitutional and has connected with New Yorkers for Primary Reform for support.

We the undersigned support this lawsuit and ask you to stand with New Yorkers once again and join us as Mark has his day in court on December 6th.

Help us fight for open primaries voter empowerment in the Empire state. You spoke so eloquently before. Please join us as we head into court.