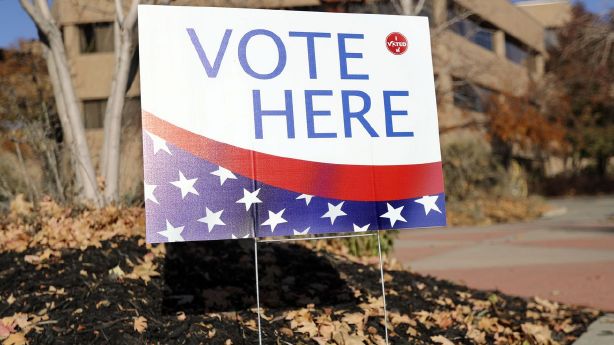 Rep. Jordan Teuscher's HB197 passed the Senate on a 22-3 vote Wednesday, after the House last month voted 41-30 to approve it. The bill now goes to Gov. Spencer Cox's desk for his signature or veto.

Teuscher, R-South Jordan, pushed the bill to clamp down on what he called political "gamesmanship" and "party raiding" in partisan elections.

On the House floor last month, Teuscher pointed to last year's Republican primary, the hotly contested GOP gubernatorial race, and said over 20,000 of Utah's registered Democrats switched their affiliation to vote in that primary. In that election, now-Gov. Spencer Cox beat former Gov. Jon Huntsman Jr. by only 6,319 votes.

"This was after prominent members of their party had encouraged them to 'hold their noses and do the unthinkable' and switch their registration to the other party," Teuscher said.

Ahead of last year's primary, former Utah Democratic Party Chairman Jim Dabakis said he'd joined the GOP and encouraged others to do so in what he called a "rigged election" because of Republican Party has a closed primary, with rules that only allow party members to participate. The Democratic Party in Utah allows either their party members or unaffiliated voters to participate in its primaries.

"It's hard to say whether or not this had any impact in our primary elections. However, the potential for abuse is high," Teuscher said, adding "you can easily imagine a scenario" where opposing party members "jump in to nominate the weakest candidate so their preferred candidate in general election has an edge."

HB197 would have originally blocked Utah voters from changing their party affiliation from Jan. 1 of a primary election year all the way up until the primary. But it was changed to reduce that window of time to start on March 31. That time frame is after party caucuses, but before the primaries.

The bill would have also originally blocked unaffiliated voters from affiliating in that time frame, but on the House floor Teuscher changed it to allow that for unaffiliated voters. Teuscher also noted it would not apply to new voters, only those that have affiliated with a party and then choose to switch to a new party within that "moratorium period" from April to the primary election.

Critics of the bill worried that by blocking voters from switching it would "disenfranchise" people by further limiting participation in already closed primaries. Critics also worried it would put more barriers in place for people to participate in the GOP.

Teuscher argued the states have the rights to put time limits on party switching to prevent what the U.S. Supreme Court termed in a 1973 case as "party raiding."

The United Utah Party issued a statement later Wednesday criticizing the Legislature for "working overtime to satisfy partisan interests instead of the will of the electorate."

The United Utah Party, which has been trying to gain traction to end a two-party political system, said the Republican primaries should be open "unless the GOP is willing to shoulder the entire financial burden for these primaries."

"This is just one more example of how broken the two-party system truly is in Utah and across the country and demonstrates the need for a strong third-party option," the United Utah Party said. "As it becomes increasingly clear that the Republican Party has no interest in representing the will of the voters, it is time for the people of Utah to give the United Utah Party another look."