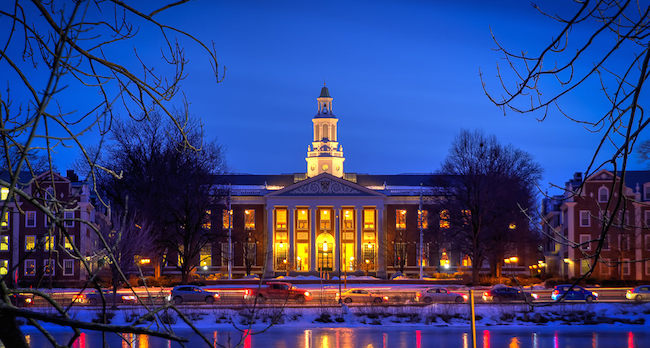 With such high barriers to entry and the rules of competition largely left to private actors, major party candidates need only appeal to “extreme” voters who align with their ideology, rather than the “rational middle,” or the majority of the voting eligible population. And that’s a large majority, as up to 70% of the voting eligible population consist of “average” voters and non-voters, according to Gehl and Porter.

Candidates need only convince these middle voters that they’re the “lesser of two evils” -- something that’s becoming all too common in elections. Uninspiring elected officials should create demand for new, better candidates. But because the barriers to entry are so high for new candidates, and millions of voters are locked out of their primaries, challengers to established incumbents have a harder time getting elected.

Thus, politics is rife with competition, but not the good kind, as Gehl and Porter contend. It’s the kind that produces division and gridlock, rather than candidates who compete to serve voters with solutions.

It’s a system whose fundamental design Gehl and Porter say needs changing. With this in mind, they propose a four-pillar strategy to save the system, including a restructuring of the election process.

Of course, one of their suggestions lies in fixing the current partisan primary system, which they called “perhaps the single most powerful obstacle to achieving outcomes for the common good." Gehl and Porter specifically call for nonpartisan “top-four” open primaries, in which everyone votes in the primaries, and the top four candidates advance to the general election.

Their reasoning? “The current partisan primary system shifts both campaigns and governance toward the extremes. States should move to a single primary ballot for all candidates, no matter what their affiliation, and open up primaries to all voters, not just registered party voters.”

A system in which all voters vote incentivizes candidates to appeal to everyone, not just those on the extreme ends of the political spectrum. It produces lawmakers who strive to meet the needs of all citizens and actually work with each other in office to deliver bipartisan solutions. Open primaries bring the political system away from private actors and back to its original intent -- serving the public interest.

And while a host of reforms are needed before politics fully returns to serving the people, open primaries is a good place to start. Furthermore, establishing open primaries is powerful, achievable, and can be done at the state level -- precisely the kind of reform that Gehl and Porter claim is most vital.

Systemic change doesn’t come easily, but it’s entirely in our reach if we keep working persistently, strategically, and collectively. Whether it’s organizing a rally, calling your legislator, or signing a petition to get open primaries on the ballot in your state, you can help bring the system back to us, the people.

Michael Drucker commented 2018-01-12 12:24:54 -0500 · Flag
There are open primaries with many flavors. You can have a party primary open to outsiders, like independents. But this only allows a voter to select candidates already selected by the party, and that’s the party selecting their voters. Then there is non-partisan open primaries, where all the candidates are on one ballot. Now that allows the voter to pick their candidates. Currently this type of primary is called top-two. I think this should be a top-three. But you also must handle those states that combine party elections and local, state, and federal elections on one ballot. In this case, you need to separate the ballots to party members and non-party members without party elections. But the ultimate to save the states budget and the voter’s going to vote many times, you need to only have a general election. On the ballot is all the candidates and use ranked-choice voting to select the winners.