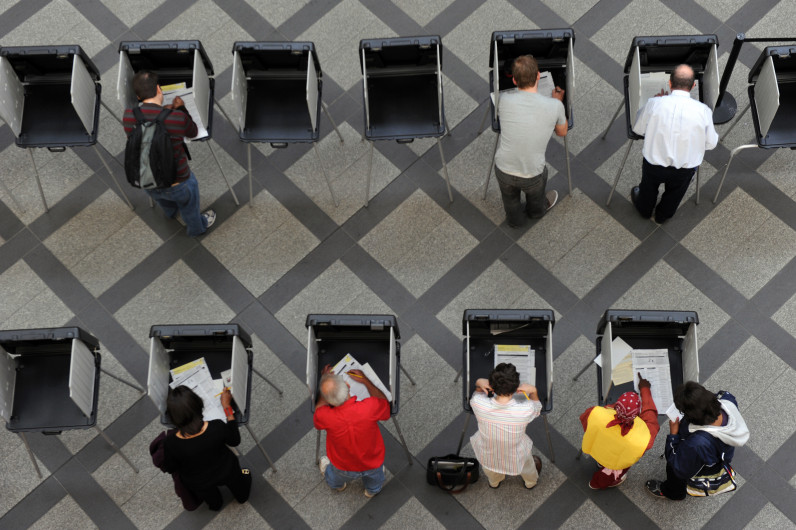 This article was written by Joey Bunch for the Denver Post

Colorado voters will decide in November whether to change how political parties in the state select their nominees.

The Colorado Secretary of State’s Office said Wednesday that two questions around a primary election system qualified for the ballot by having at least 98,942 valid signatures from registered voters (or 5 percent of the total votes in the last election for secretary of state).

Colorado currently uses a caucus system, run by the parties, to select nominees for the general election.

Initiative 140 would create a presidential primary starting in 2020. The question specifies that the election would be held before the end of March, giving Colorado an earlier vote than most states and more of a say in thinning the field of presidential candidates.

Proponents say that would attract more attention to Colorado from candidates and the media.

Initiative 98 would allow unaffiliated voters to participate in primary elections without having to affiliate with a party.

Unaffiliated voters, the state’s largest bloc, would be allowed to choose which party’s primary they wish to participate in.

Initiative 140 would still allow parties to call off their primaries and select their nominees at their state conventions. Like a caucus, parties pay for their conventions, whereas taxpayers fund primaries.

Only about 11 percent of registered Democrats and about 5 percent of Republicans attended a caucus precinct meeting in March. About 20 percent of party members voted in the June primaries.

The primary ballot questions become the sixth and seventh to qualify through petitions for the Nov. 8 ballot.

They join a tax hike on tobacco products, medical aid in dying, a raise in the state’s minimum wage, tougher requirements to amend the state constitution and a single-payer health care program called ColoradoCare.

Two measures were referred to the ballot by the legislature, Amendment T to strike the word “slavery” from the state constitution and Amendment U to regarding property taxes, a property tax exemption for interest earnings of less than $6,000 from leasing government property.

Two issues regarding oil and gas production could still make the ballot, if the secretary of state’s office finds they have enough petition signatures.

Initiative 75 would give local governments authority to regulate oil-and-gas development, and Initiative 78 would require operations be at least 2,500 feet from homes, schools. hospitals and businesses. The measures are mostly aimed at fracking.