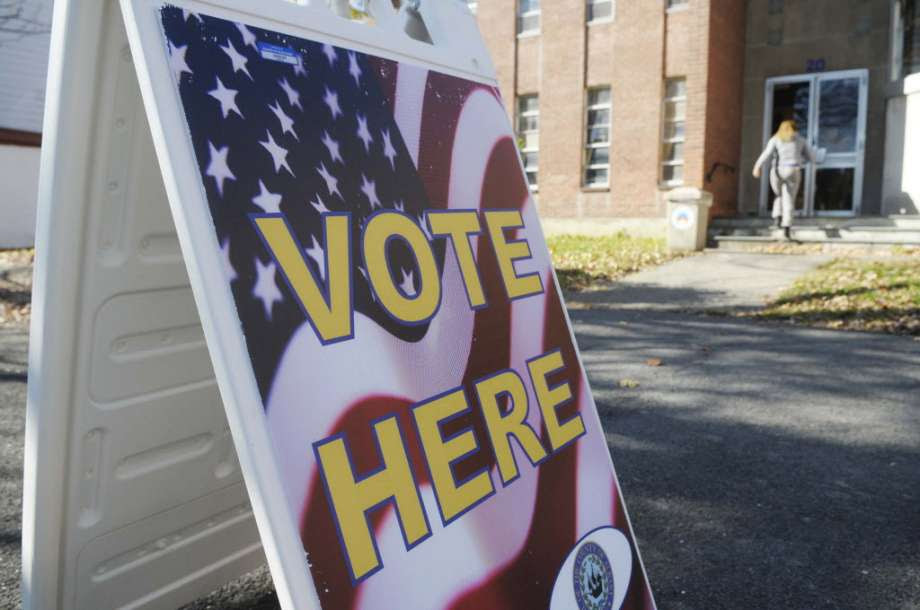 This article was written by Chris Churchill for Timesunion.com.

Albany - The unusual interest in the New York presidential primary is making this much clear: Our election laws are an embarrassment.

When it comes to encouraging voters, the rules in this supposedly progressive and forward-looking state are among the most restrictive and regressive in the country. It shouldn't be surprising, then, that the state's voter participation rates are often among the nation's worst.

In recent weeks, the rule that is getting the most attention is the early deadline for voters who are registered but want to switch or join parties. The October cutoff, the nation's earliest, slipped by when few voters were thinking about the primary.

The rule kept Eric and Ivanka Trump, both unaffiliated voters, from registering as Republicans and voting for their father.

It will also keep many thousands of other voters on both sides of the aisle from participating on Tuesday — and may even ensure that Hillary Clinton defeats Bernie Sanders in the Democratic primary.

"You don't have a say unless you're affiliated with a party way ahead of time," said Robert Baldwin, a 38-year-old union electrician from Colonie who wants to vote for Sanders, but can't.

"I didn't realize how soon you had to switch," said Baldwin, who is registered to vote but unaffiliated with a party. "It's frustrating."

Dawn Baldwin — she isn't related to Robert — is in a similar situation. The 60-year-old secretary from Glenmont is a registered Democrat who feels the party has become too liberal. She wanted to vote for Trump, but missed the deadline.

"I'm not happy with the system," Baldwin said. "It's supposed to be for the people and by the people."

Instead, few states make it harder than New York for voters to participate.

In addition to the early deadline for party switchers, New York is just one of 11 states that has a closed primary system, and unlike many states, it doesn't allow same-day registration. New York is also among the 13 states without early voting.

"We're throwing unnecessary roadblocks up in the way of people who decide they want to be engaged in the process," said Susan Lerner, executive director of Common Cause New York, who noted that New York's political parties have unusual sway over how elections are administered.

"This is the way political parties maintain control," Lerner said. "The system is rigged against the voter."

Consider statistics from 2014, when just 29 percent of New Yorkers who were qualified to vote participated in the general election. Only Indiana had a lower rate, according to the United States Election Project, which tracks participation data.

In 2012, no state had less voter participation in a primary than New York and only six states had less in the general election. (New York also had the lowest primary participation rate in 2008, another presidential election year.)

The system is broken, clearly, but measures that might improve voter engagement are rarely discussed in the Legislature.

Gee, I wonder why?

Could it be that lawmakers have an interest in preserving a failing system that protects incumbents and limits challenges to the political establishment?

OK, so some would argue that primaries are essentially internal party choices and that "outsiders" shouldn't be allowed to influence the outcome.

But here's a counter-argument: The outsiders help pay for the elections.

"The parties want it both ways," said John Opdycke, president of Open Primaries, a New York-based advocacy group. "They want to claim that they're private organizations, and then they want the taxpayers to pay for their private elections."

More than 3.2 million of New York's 11.7 million registered voters are not enrolled as Republicans or Democrats. Presumably, many of those people would vote Tuesday, but they're essentially disenfranchised.

That probably won't impact the result on the GOP side, where Trump is heavily favored. But it might influence the Clinton-Sanders race, which is expected to be closer.

Sanders supporters are generally less likely to be registered Democrats or established voters. He also draws significant support from independents and members of the Working Families and Green parties.

In other states, those voters helped Sanders win. But that can't happen in New York — to the delight of the Democratic establishment.

Some wannabe voters will probably show up at the polls only to be shocked that they can't vote. Lerner is encouraging them to avoid directing anger at poll workers and to instead demand change from state legislators.

"We really are on the rump end of election law here in New York," she said. "There's no justification for it."