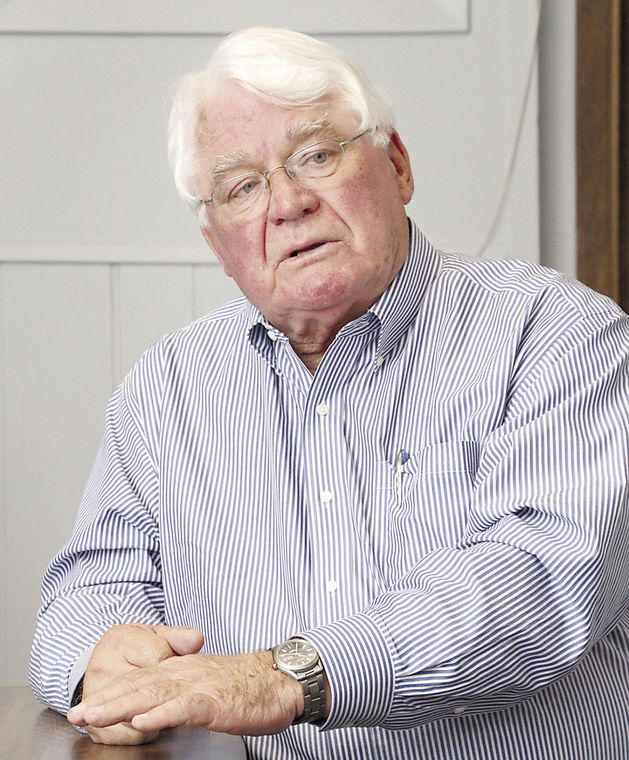 This article was written by Reilly Biel for Yankton Daily Press & Dakotan.

South Dakota voters weary of partisan politics will have a chance this November to have their voices heard.

On Tuesday, Nebraskan legislators stopped by the Press & Dakotan to promote the South Dakotans for Non-Partisan Elections group, a set of leaders from the Democratic, Republican and Libertarian parties, as well as independents, who are pushing a November ballot initiative, Amendment V, would allow candidates to run on non-partisan terms without a party label. It would also allow all voters to participate in primary elections, as well as Senate elections.

The appearance by the Nebraskan legislators is part of a statewide grassroots campaign that educates voters about election reforms and how non-partisan electoral systems have been working successfully around the country.

The legislators used their experience with non-partisan politics in Nebraska to explain the benefits of their system.

"We’re not here to tell South Dakota how to run their elections or who they should and shouldn’t vote for, but to say how it works in Nebraska," said Hadley, who once served as dean of the University of South Dakota’s School of Business.

Originally from Sioux Falls, Morfeld is concerned that South Dakota voters aren’t being given the treatment they deserve.

This highlights the benefits of having a non-partisan system, he added.

"In my primary, I’m a registered Democrat," he said. "I don’t just talk to other Democrats. I go to the Republicans and independents because I need their votes in my election. Because of that, my ears are so much more attuned to the needs of the parties in my district, and it makes me a better candidate."

According to Jason Olson, director of national outreach for the Open Primaries organization, the number of registered independents in the country is steadily growing.

"Forty-five percent of Americans consider themselves independent voters," he said.

Morfeld knows why so many people, particularly the younger generation, are registering independent.

"They don’t want to associate themselves with institutions they believe are broken," he explained. "The problem with that is when they go to the polling place, they realize they can’t vote. Then they feel the system is even more rigged."

Originally from California, Olson is working on a national level to promote non-partisan elections by using Nebraska as an example of how it works.

Amendment V is a close copy of Nebraska’s non-partisan legislative approach, which has existed for 80 years.

"All voters get to participate in the Legislature, just like they do in local primary elections for mayor and city council," Olson said. "The top two vote-getters then go on a runoff-style election in the fall, so all voters get engaged. We believe Nebraska produces a different kind of Legislature and government that creates a more engaged citizenry and democracy."

The elections in Nebraska are also more competitive, he added.

"Nebraska has the most competitive elections in the country because of their non-partisan election system," Olson said. "South Dakota ranks with many other states at a very low competitive rate."

"We were happy to emulate the Nebraska system," Olson said. "That’s why Nebraskans are here to share this cause with South Dakota. There are many voters here that are frustrated with how unresponsive the government has become - not just at a state level, but a national level."

Hadley believes that frustration explains how presidential candidates Donald Trump and Bernie Sanders have gotten as far as they have in the presidential election.

"They happened along at the right time to try and tap into that frustration," he said.

Coash has also seen the differences between partisan and non-partisan states.

"It has engaged a growing number of independent voters, and the result of that really sent a message to us elected officials that we better listen," he said. "I think that’s the problem going on in Washington: Voters don’t feel like lawmakers are listening."

Hadley has sources who have confirmed the difficulty that elected officials encounter when joining the House or Senate in Washington.

"A friend made the comment that, ‘You don’t understand partisan politics before getting elected there,’" he said. "They play absolute hardball and you can’t just buck the party."

"I don’t think the culture of the state is going to change," he said. "However, it might fit culture of South Dakota better.

"Those of us who live in Yankton kind of live in both South Dakota and Nebraska," he added. "When I went to a Unicameral walk in Nebraska and asked a legislator what party another legislator was from, he wasn’t sure. In Pierre, they know your party before they know your first name."

Hadley is anticipating watching the foes of Amendment V state their cases against the initiative.

"It’s going to be interesting to see how the party leaders frame their opposition," he said. "They can’t come out and say they’re in favor of non-partisan politics because I don’t think that would be a big sell."

Coash hopes South Dakotans take advantage of the position that passing the amendment would put them in.

"This is an opportunity for South Dakota to lead the nation in this," he said. "When you have party lines, you can hide behind them. What this amendment does is say to party candidates, no, you don’t get to hide behind the ‘R’ or ‘D.’ You have to sell yourself, your ideals and philosophy. I think the voters will be better served when the candidates are forced to do that."