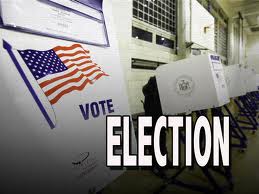 This article was written by Bridget Bennett for KSFY.com

As the battle to unite the Republican Party on the nation level continues, several lawmakers from Nebraska were in South Dakota Monday advocating for a different kind of election style.

This November, South Dakota voters will decide a ballot issue that would eliminate party affiliations for all candidates running for state office, something Nebraska has done for more than 80 years.

“We've taken the ‘D’ ‘R’ and the ‘I’ away from people’s names in voting, so people will see issues rather than just what party you belong to,” Speaker of the Nebraska Legislature Galen Hadley said.

Both republican and democratic lawmakers from Nebraska say they believe their state's non-partisan elections better serve their voters.

“As elected officials we're always thinking about everyone who elected us: democrats, republicans, independents, not what the party would like us to do,” Nebraska State Senator Colby Coash said.

“Just because we're non-partisan doesn't mean we're wildly progressive; we're still a pretty conservative legislature and a pretty conservative state. That being said, we do have a lot more compromise and people are more willing to work together across party lines to get things done,” Nebraska State Legislator Adam Morfeld said.

It’s something many around the nation say they're not seeing on Capitol Hill.

“Right now 40 percent of people that are registered to vote in this country have registered as independents,” Weiland said.

“In our primary system in the state of South Dakota right now and in many states around the country, independents don't have the opportunity to actually have a voice in the primary election” Morfeld said.

Representative Lee Schoenbeck of Watertown, the only South Dakota lawmaker currently not a part of the republican or democratic caucus, says he believes a non-partisan system actually takes information away from the voters, who depend on party affiliations to understand a candidate’s stance on the issues.

KSFY reached out to leaders of both the democrat and republican parties in South Dakota, both said they are not yet taking a stance on the non-partisan ballot issue.