This article was written by Matthew Reichbach for NMpoliticalreport.com. 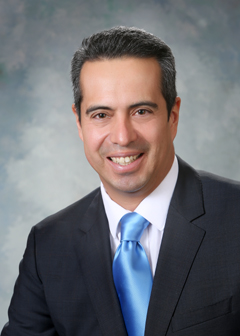 A proposal that would allow voters to decide whether or not those outside the two major political parties can participate in primary elections passed its first committee on Saturday.

The bill passed on a narrow 5-3 vote, with all four Democrats on the panel being joined by committee chair James Smith, R-Sandia Park. The other three Republicans present voted against the proposal.

There were two main arguments by proponents of the legislation, both touching on the growing number of independents, or decline-to-state, voters. Supporters said that not allowing independents to participate in elections is unfair. They also said that it served as a way to contribute to voter apathy among these independent voters.

Ed Hollington is a board member of the non-profit group New Mexico Open Primaries was one who argued that it was a right that is currently denied those who are registered independents. He also is the attorney on a lawsuit that seeks to strike down the law that currently bars independents from participating in primaries. That lawsuit is in the Court of Appeals.

“The point of this amendment is to restore the right to vote and no one can guarantee that any of those independents are going to exercise,” Hollington said. “But they don’t have that right [currently].”

“We see a rising number of people who are reluctant to register with either party,” Garcia Richard said.

Bob Perls, a former legislator, is the executive director of New Mexico Open Primaries. He said that it would make the Legislature more effective.

“When you let independents vote in primaries, it changes the dynamics of how legislators interact and get along,” Perls said.

They also discussed taking four words out of the proposed constitutional amendment.

One focus was the younger generation, which have extremely low voting rates.

Common Cause New Mexico Executive Director Viki Harrison said that 40 percent of registered voters from age 18 to 24 are not members of the Democratic or Republican parties.

Her organization supported the constitutional amendment.

Rep. Ken Martinez, D-Grants, said that he supports the issue because of his nieces and nephews, who “have a whole different thought process and they don’t feel like either party represents them.”

On the other side of things, Rep. Jane Powdrell-Culbert, R-Corrales, said the younger generation is more apathetic and thought it was “because we’ve given them so much and they’ve had to work so little.”

“When you tell me this will change how people participate in the process, I’m not sold on it,” she said.

The legislation will now head to the House Judiciary Committee.

If it passes a majority of both the full House and full Senate, then it will go to voters for approval, since it is a proposed constitutional amendment.